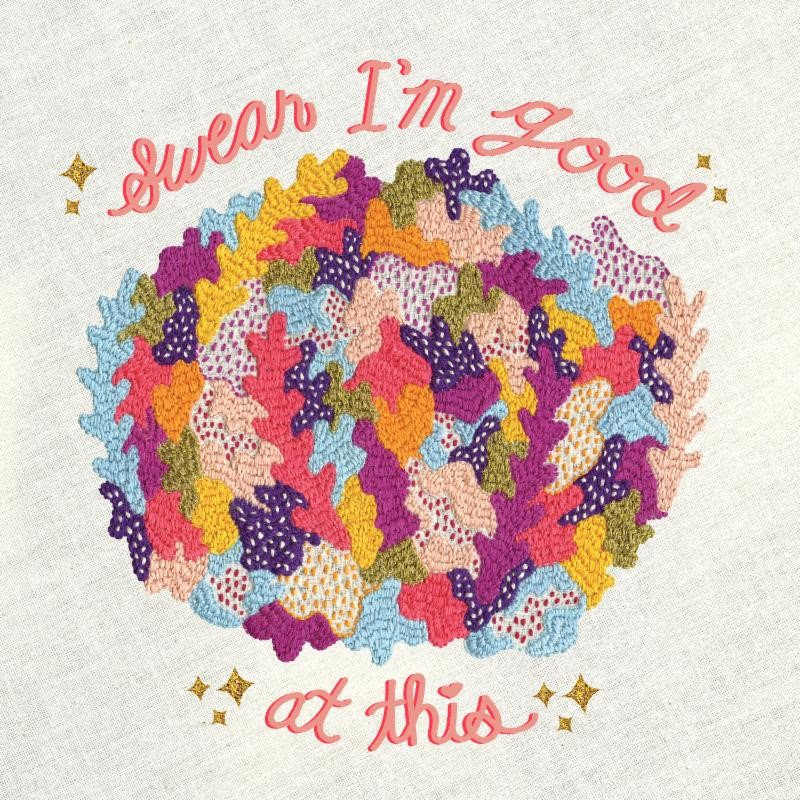 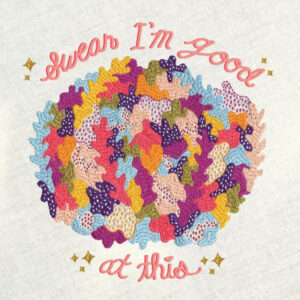 The highly anticipated debut album, Swear I’m Good At This, from Diet Cig doesn’t disappoint with gutsy pop melodies and powerful affirmations based on a ‘radical softness’ approach to punk and feminism.

‘And I am bigger than the outside shell of my body, And if you touch it without asking then you’ll be sorry’ so it goes on the stand-out Maid Of The Mist as we head toward the mid-point of the debut from Diet Cig. Already the tracks have covered slut-shaming (Sixteen), break-ups and the frayed connections which come with growing up (Bite Back), and the double-standards placed on women (Link In Bio) all done with giddy, gutsy, fun melody.

Formed when Alex Luciano (guitar and vocals) interrupted the set of Noah Bowman’s (drums) previous band to borrow a lighter their debut is a full-on unashamed punk pop album by sound and a brilliant and relatable distillation of the complexity of emotion, the confusion of becoming a grown up, and the frankly terrifying direction the world is headed.

Across the 12 tracks they have you inwardly sighing in recognition (‘I want to be the best one at this / I don’t wanna get out of bed’) as you nod in unison as the chord crashes break in and songs go from gentle vulnerability, to swell of melody and frantic energy. In lyrics as much as melody this is a band playing with juxtaposition, and the highs and lows, the loads and quiets of life.

This is an album full of the petulance in the face of having to grow up mixed with the fragility of feeling you’ll never quite adult as well as your mum (Apricots); the stand of independence and the vulnerability of asking someone to promise to be there (Barf Day); and defining your own space on your own terms Tummy Ache).

Sugar-coated intimacies this is an album of sunshine ready made to brighten up your rainy days, to stand with you against your storms, and pull you onto the dance floor when the foetal position is tempting you. There’s fucking, fuck ups, ‘oh fucking hells’ and fuck yous but mostly this is an album which elicits a chorus of ‘Fuck YEAHs!’ as it goes from vulnerable and exposed vocal into grungy power chord thrash out.

These are sing-a-long tunes, assured but not aggressive. An album of outstanding punk, delivered with pop sensibilities and a sense of solidarity. As they sing ‘no-one wants to feel they are all alone in this’ there is the life-affirming connection, and tied up in it a statement of protest against these times which seek to divide us.

Diet Cig have made the modern punk album – where admissions of weakness, where accepting the sadness and showing up anyway, and softness are as radical as any snarl and spit have ever been – and wrapped it in perfect twinkling, distorted, pop melody to make you dance and sing along.

A debut that leaves you with a smile on your face, a head full of catchy tunes, and most vitally a renewed sense of togetherness.

All words by Sarah Lay. You can read more from her in her LTW author archive. You can also follow her on Twitter and find her wider portfolio of words about music here.