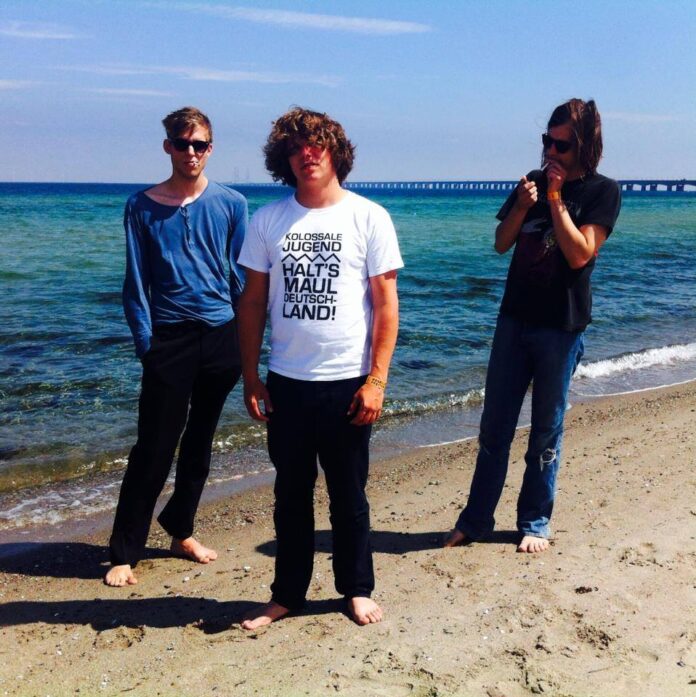 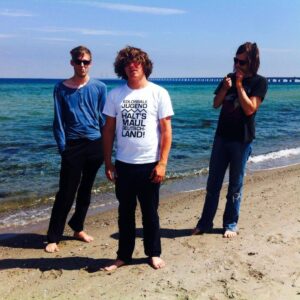 From Stuttgart in Germany Die Nerven are yet another great young band making a truly filthy and thrilling noise. They also deal it out with a thousand yard star intensity and are further proof that alternative music is maybe, just maybe, becoming a true alternative after years of soporific bedwetters and radio friendly blaggers who have ruined any notion of the form.

Die Nerven combine that clattering Bob Weston bass assault of Shellac and those vicious free jazz hardcore drums into a nimble and powerful rhythm section leaving plenty of space for a truly filthy feedback and noise drenched guitar to slash over the top of. Their songs are either super intense affairs where the noise piles on beautifully or atmospheric stripped down dark hearted twitches of electricity.

They are the only german band to have been signed to the legendary US label Amphetamine Reptile and their abrasive and thrillingly noisy post punk is drenched int he beautiful claustrophobia of the from. Their set is mainly culled from their recently released second album, the ironically titles, ‘Fun’ and is terrifyingly stark and exciting.

There is light and shade and space when the guitar is somehow tamed before letting go again with another spiralling and transcendental rush of noise whilst the singer shuts his eyes and releases his pent up rage in a rush of lyrical skree that somehow connects in the mesmerising noise.

It’s not just noise for noise sake though and there is a tightrope danger to what the band does but also a brilliantly thought out command of rhythm and dynamic that makes them, yet again, another great example of the new noise that is coming out of Europe in 2014.