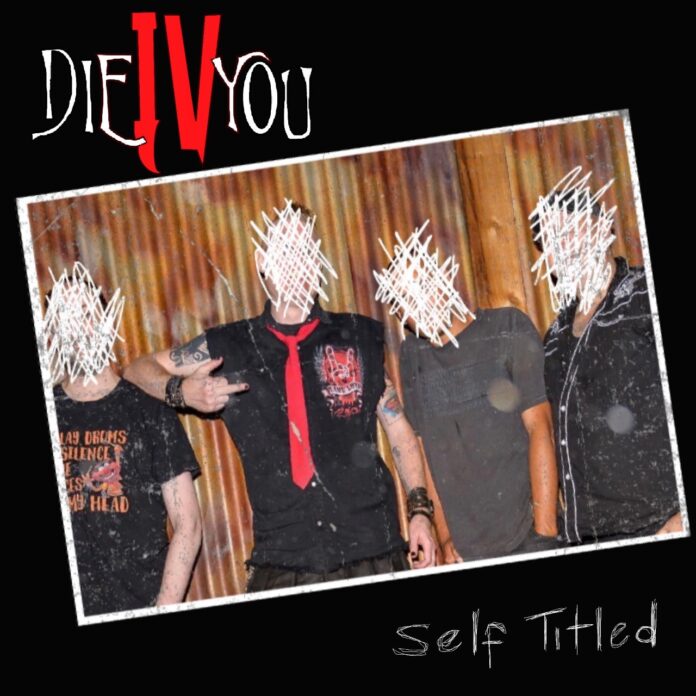 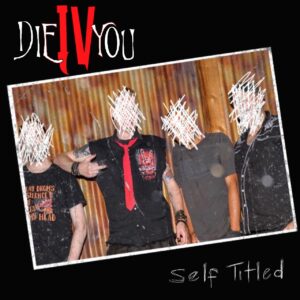 First release from Bournemouth rockers ‘blending’, they say, ‘grunge, punk and metal’.  Sounds like what they call Horrorpunk or Deathrock in the States says Ged Babey.

I have four punk releases to review this month. Each different from the last but all brand new, fresh-sounding punk-rock. Bands from all over the UK. A variety of age-ranges but, 45 years on from 1977 still making exciting new music with guitar/bass/drums – the traditional format, condemned to the past by some.  I was going to review them all together – but that wouldn’t be fair, because each band is unique and happening now! Vive Le Punk 2022.

Part of the close-knit Bournemouth area punk scene, I first heard of Die IV You when they played on the bill at the first Fazzafest -the memorial to super-fan Faren Short.

It intrigued me that they covered obscure punk anthem the sarcastic, ‘The Money Will Roll Right In’ by Fang. (Nirvana and Mudhoney had infamously performed it live in their day)

‘Die IV You’ sounds like it should be a Prince song… but the Roman numerals give a clue that perhaps that this is something a bit darker and more Gothic…. I expected doom-mongery from the Bournemouth band when I first heard the name. I was pleasantly surprised that they have a nice line in dramatic punk rock with metal overtones and grunge undertones  – or vice-versa.

Die IV You are interesting as they don’t fit neatly into one genre. They are a new band, but they aren’t teenagers. They are hard and heavy with a distinctive singer who can hold a note and imbue songs with a sense of drama and a really good hard-hitting drummer.

The gritty over-driven rhythm guitar seems higher in the mix than the lead guitar, giving it a big fat grunge sound (like L7 or Dickless rather than Nirvana /Pearl Jam)

There is a kind of superficial similarity to legendary American band The Misfits, but it may be down to singer/bassist Alex who favours a bit of greasepaint, black clothes -including a cool kilt and a distinctive hairstyle.

Drummer Andy and rhythm guitar Simon are more ‘metal’ influenced whereas guitarist Ben and Alex are more punk/post-punk fans, they tell me – so Die IV You very much are the sum of their parts.

The four songs on the EP sound a bit mid-paced up on first listen (when set against other punk-bands) – but they are not actually as slow and grinding as many a ‘stoner metal’ band.  They have a tuneful melodrama about them and despite a gritty, crunchy guitar sound, are quite catchy and tuneful.  They are certainly not yer average, run of the mill ‘punk band.

Schrodingers Pet has some great solo-ing cutting thru the buzzsaw rhythm. The Man That Time Forgot should be on the soundtrack to a nice gory splattermovie. Best Served Cold is more likely to be about revenge than a nice chicken salad.

Check out the video for Circus of Dis…. made with a free app – so ludicrously tacky, but so-crap it’s genius – and it shows the band are not po-faced buggers.

It’s a strong debut EP from a band keen to gig outside their home locality and bring their noise to a wider audience.