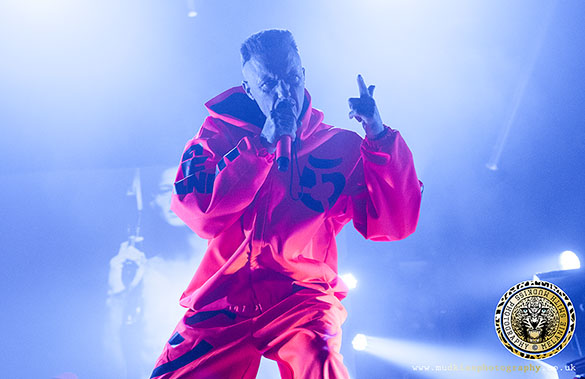 One of our photographers, Melanie Smith, caught Die Antwoord at Manchester’s Albert Hall last week where they stopped by while on their current world tour. Below you can find a full photo gallery from her, after a few words introducing them.

Eccentric rap-rave-hip-hop, South African cult band Die Antwoord (in English – The Answer) are on their worldwide tour, promoting their third full-length album, Donker Mag. Here they are stamping their mark on Manchester, with a sold out show at the Albert Hall, (which has recently been awarded the title “Manchester’s Best Music Venue” by CityLife Magazine).

The band are fronted by fearless rappers Ninja and Yolandi Visser and DJ Hi-Tek. There is a slow build up to the band appearing on stage, with strange mystical music filtering round for the first ten minutes. A couple of water bottles are launched from those too impatient to wait. Tonight is a colourful, mixed crowd, who are all very excited. Screams emerge from the front row loud enough to shatter your eardrums even before the band kicks off.

Eventually at 9pm, they bounce on stage wearing orange tracksuits, with big hoods so we’re barely able to see faces beneath, just darkness. It’s a menacing mixture of bizarre tunes / lyrics, freakishly stylish, and formidable, with the kind of “fuck you” attitude, which Manchester loves! 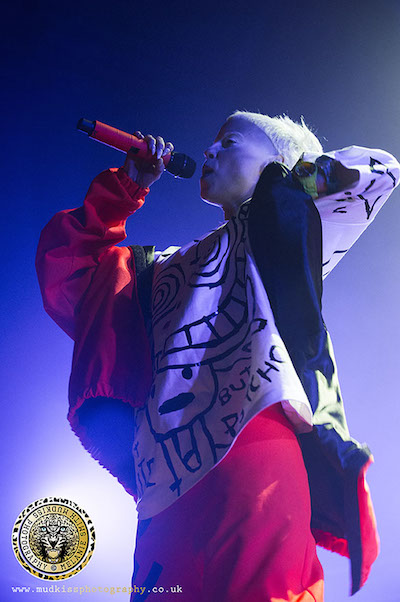 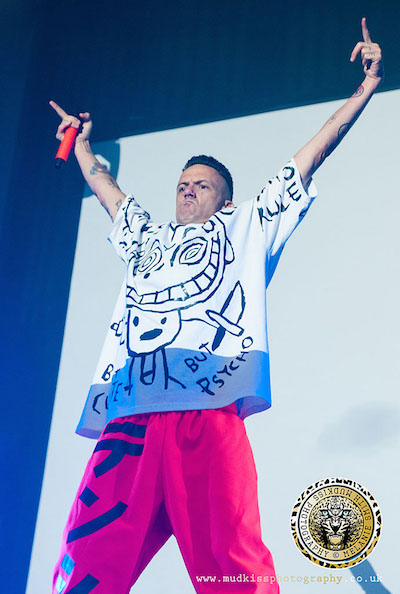 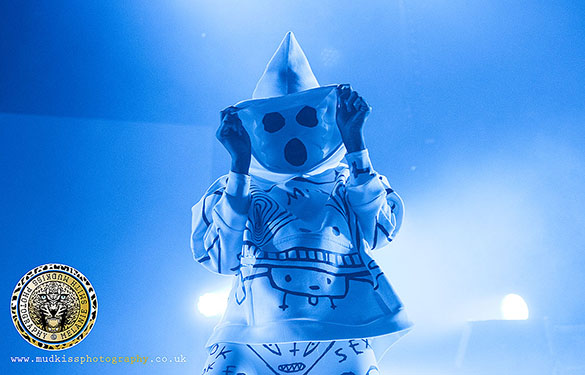 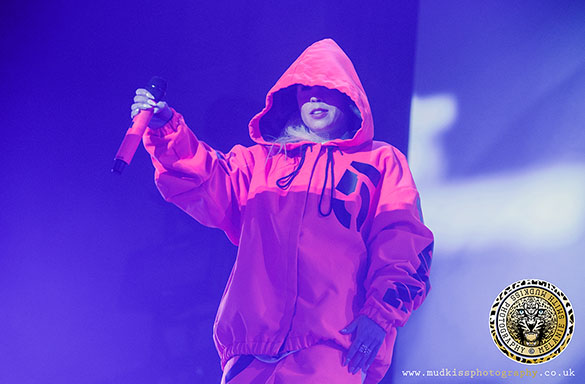 You can find Die Antwoord online here: dieantwoord.com. They’re also on Facebook and they tweet as @DieAntwoord.

Words and photos by Melanie Smith – her portfolio can be found here: mudkissphotography.co.uk. Melanie can also be found on Twitter as @mudkissphotos.