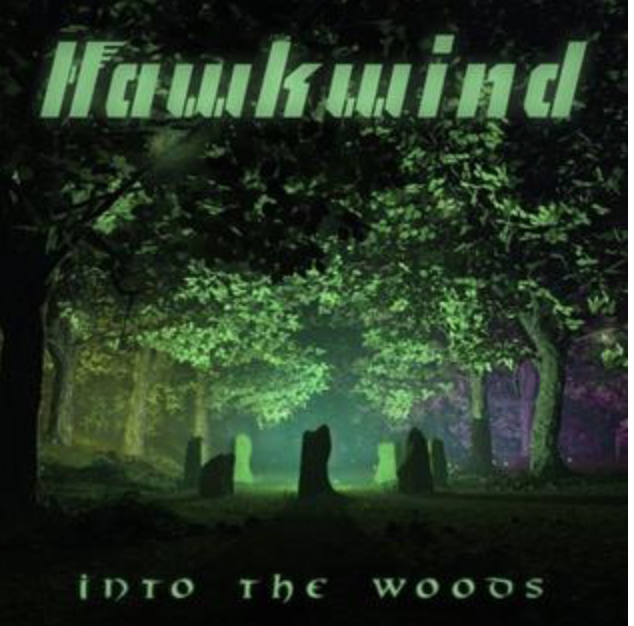 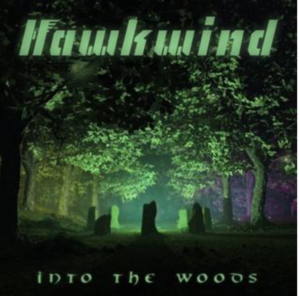 The current Hawkwind line up is arguably the best since the classic Space Ritual period.

My band the membranes we have had the honour of playing with them a couple of times in the past couple of years and their trip has never sounded more driving and dayglo. The current line up excels at all the inherent strengths of the band and one of the key part to this is the singer, Dibs, who graduated from the band’s road crew several years ago to being at the helm of this most influential and timess of bands.

When I was first asked to do this, I thought, “easy, no problem here, my top ten has hardly changed for years!!” but then when I sat down to actually do it and there’s ten, then twenty, then thirty, all having some meaning or major influence…so how to whittle it down to just ten?

Well, I’ve managed to get it down to thirteen, so here they are.

Every one had shaped my life and my tastes throughout my youth and beyond, but there’s always been one or two constants, namely Joy Division and Hawkwind, and as you know, Hawkwind has been my life, since about 16 years old, and now nearly 21 years of service, firstly as a member of the road crew for 10 years, and then as a fully fledged hawk, June this year being my 11th year on board the craft!

We’ve got gigs throughout the summer, culminating in a tour complete with full orchestra, scored and conducted by Mike Batt!

The dream goes on. I enjoy every single one of these records, some of which, I get to sing and play in real life, who’d have thought it?

So, in no particular order, here they are. I’ve missed out Sabbath, The Who, Pistols, The Clash and so many others, honourable mentions must go to the Fall-Live At The Witch Trials, PiL Metal Box, Pink Floyd- The Final Cut, Groundhogs- Split, Kyuss- Blues For The Red Sun, Hooker and Heat, the Doors…see? Bloody hard work, but this is, for today, the top picks.
1. Hawklords- 25 years on

Now I first heard this when a lad from school, Brian Chadwick, chucked a cassette at me and said “you’ll like this shite” so I looked and it’s a pink label Charisma records release, no sleeve or tracklist, Hawklords, so I gave it a listen..There it was again, dystopia and greyness…fantastic music….So…well, I thought it was contemporary to everything else I was listening to at the time, Joy Division, Tubeway Army et al, I never made the Hawkwind connection ’til a few years later!! When I joined Hawkwind, Dave Brock asked what I wanted to play, so it was the Flying Doctor, being the first thing I’d heard from Hawkwind apart from Silver Machine..We’ve just done a version of it for our forthcoming acoustic album, which is being produced by Mike Batt of all people…he’s a proper English eccentric man, great to work with though!

This record was in my parents collection, hidden amongst the Ray Conniff and Johnny Mathis, and was my introduction to rock’n’roll. It had all the greats – Johnny Kidd, Bill Haley, Lloyd Price, Gene Vincent, Surfaris, Little Richard, Wanda Jackson…every tune a killer! Must mention here the other well played disc – Motown Chartbusters vol 3 with The Temptations, Stevie Wonder, Isley Brothers, Jr. Walker and The All Stars, these two records were all I played as a youngster before punk hit! Rock and roll is where it’s at and always is!

3. David Bowie – The Man Who Sold The World

This was one of the first albums I bought, Width Of A Circle has to be high up in my all time top ten songs. It’s raw, bassy and with Mick Ronson’s incredible guitar work. It’s all there, strange ethereal lyrics and dystopian darkness, All The Madmen is just sublime! It’s another one I used to play bass along to all the time..Trevor Bolder was an incredible player, much underrated, and a big influence on me.

4. Buzzcocks- Another Music In A Different Kitchen

A couple of copies of Spiral Scratch had been handed round at school and we’re like “this is great!” . This was raw, tinny punk rock and Devoto’s nasal singing, totally wicked stuff, then came this album and it had changed with Pete Shelley on vocals and a tougher, more considered sound. Opener, Fast Cars has a great bass intro, and the scratchy guitar sound typical of Pete Shelley and Steve Diggle and very “Hawky” in approach to style and sound. Just listen to that riff to No Reply and tell me that ain’t Hawkwind!! And Moving Away From The Pulsebeat? Just brilliant. I followed the Buzzcocks for years, and got to see Joy Division as a result, as well as The Fall and an early version of Orange Juice at Belle Vue in Manchester. It was also the one and only time I met Tony Wilson, who’s influence cannot be measured…it was that Granada Reports showing of Shadowplay that started it all! Glad to say, Buzzcocks are still going strong and producing fine songs to this day.

5. Hawkwind – In Search Of Space

Well, what can you say new about this stone cold classic? It was the bridge between the new wave punk stuff I was listening to, and the dawning of what was to become my whole life! Everything i’d heard to date came from this band, some would only admit the influence way down the line, but it was there, and still is to this day…I hear a lot of new bands that you can point to and say, “Hawkwind”, from the Horrors, to Evil Blizzard and beyond. Nothing, at all sounds like the opening to Master Of The Universe, though many have tried..It just sweeps you away into outer and inner space, and that breakdown to just the bass riff, then Dave Brock’s guitar chopping and swirling back in, just sublime…but there’s also the electronics, by Del Dettmar and Dik Mik, and that’s what sets this above the hard rock/metal ouvre…pioneering, daring and sometimes downright scary, they knew how to twist minds with oscillators, synths and audio generators. I had the pleasure of getting to know Mik in what was sadly to be his last 18 months on this earth, and he hadn’t realised just what a massive influence he’d been on the world of music and electronica. A true pioneer, and sadly underrated by ‘the business”. It’s always Eno, and others that are credited on all the TV progs about electronic music, but it was Mik and Del that were there (almost) first (mustn’t forget the radiophonic workshop eh?)