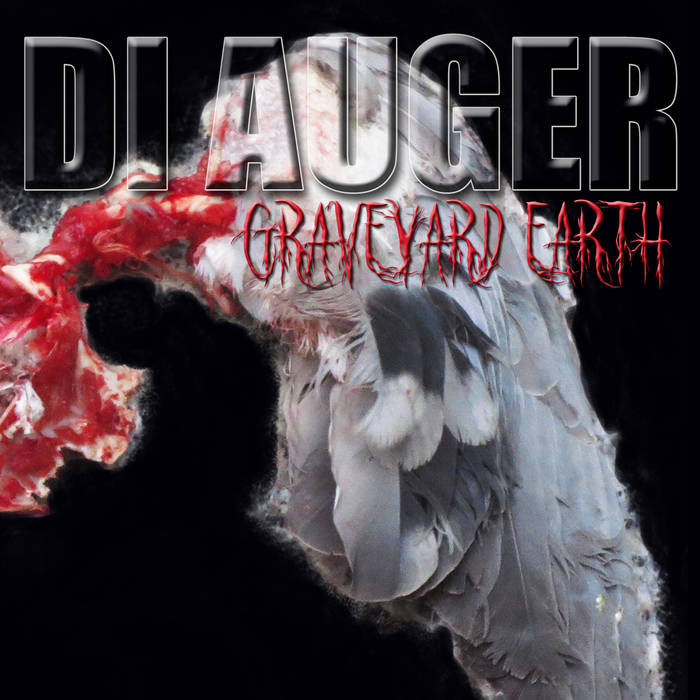 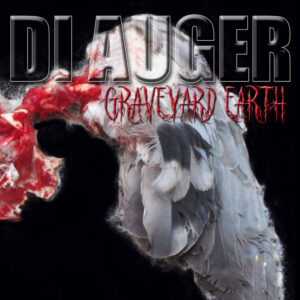 DI Auger releases an album of sonic anger, reviewed by Mark Ray for Louder Than War.

DI Auger has been bringing his particular take on neo-industrial gothic rock – a mix up of goth with dark industrial SF tinged visions – throughout the 2010s. Graveyard Earth continues in the same vein, but it is a more nuanced and complex piece of work that rewards on replay, offering up its textures the more you listen. The album cover shows a dove, ripped apart with just the wings remaining: a metaphor for a world finding no peace. The music conjures up a bleak industrial landscape torn apart by hate and lust for power, with the omnipresent narrator searching through the rubble for some meaning, some beauty, and finding little hope. It’s an album imbued with anger, like treacle pouring slowly, thickly from a tin, but what gives it some nuance is the classical arrangements wrapped around beating industrial rhythms.

Zero Hour ushers in the album with a gothic keyboard, before a heavy discordant beat kicks in, like the theme to a prison break. The drums often collapse into a thrilling off beat, like tumbling bodies into a pit, with chainsaw guitar and synths adding contextualisation.  It has dark classical overtones with deep undertones of industrial goth. The vocals sound like a preaching, ranting Prospero, heralding the coming of some evil falling into this world. Grace has electronic noise in the background, with a mournful piano over the top. It has a military beat and the contrast between manic and melancholy breaks creates an interesting atmosphere.

This Damn Device – an attack on the digital age and how it controls us -has the music bubbling up with dramatic lightning bolts of chords. We are all broken down into code, into one belief, and Di Auger calls for us to be free of the machine. Drug Of Choice builds up with a lot of tension and a hint of paranoia, whilst Fallen Angel has a sense of urgency and expectation with its drill noise buzz and strings plucked with tension. The lyrics, in declamatory resignation, declare that he is sick of tenderness and wants to be mistreated.

Smoke In My Eyes has a dark industrial landscape, with the sound of marching boots or fascistic clapping, whilst the beat has an almost pop undercurrent. The wonderful voice of Alia Synesthesia adds compelling depth, a Greek chorus of sorts, to Only War, which starts as a waltz before gradually adding layers until the drums are hammering in like machine guns. Things I Hate has a tribal drum beat conjuring up dark roads with neon signs flickering in the midnight, as a mad preacher at the side of the road rails at the world driving by in smug saccharine happiness. Finally, Graveyard Earth starts with a crazed violin and becomes an attack on those who have desecrated our planet. Painting a smile on the face of the sun becomes a mockery of the hippie smiley face dream, a dream turned sour with the knives of Charlie Manson. The final song on the album is The End – with doom laden chords it echoes like a cry in the wilderness: is anybody out there, is anybody listening?

Graveyard Earth exists in the world between midnight and three in the morning, where the world is a nightmare of industrial destruction and the animals come out to play to try and find beauty and hope. There is an anger and urgency throughout the record. There is no concession to humour. No let up. And, personally, I think this may be DI Auger’s best work to date.