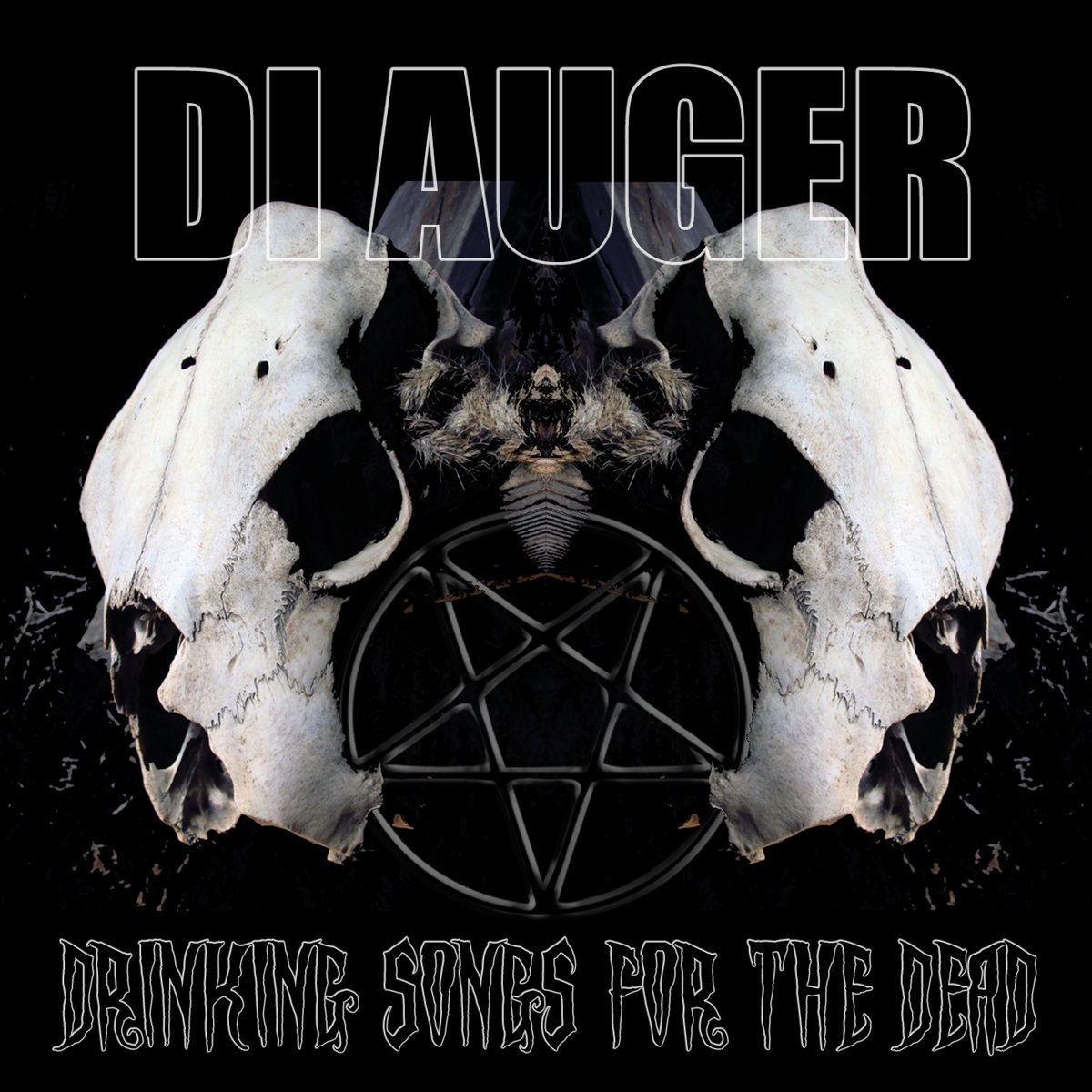 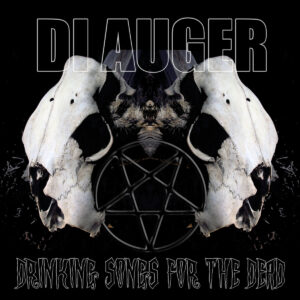 Drinking Songs For The Dead (Self Released)

Di Auger hail out of Toronto, a city that has a long tradition of a Goth/Industrial scene that has seen a rejuvenation over recent years. This is Di Auger’s fourth full release and shows a growing confidence and a (dark) maturity. Mastered at Ontario’s Metal Work Studios by Chris Crerar it has a cohesiveness and a pounding urgency with enough interesting, nuanced sounds scattered throughout the tracks to reward repeat plays.

It opens with Nightmare Burning. This is a crazed ring-master, welcoming you to a dark cabaret. Imagine a Victorian side-show interspersed with heavy industrial doom as, in the background, the industrial revolution eats up the country. Circle of Sin has a brooding rhythm, alleviated by coruscating notes across the beat that pounds away like a slave-ship beat. It beats you into submission; hypnotic; a symphony for the apocalypse. Die Anger starts with a staccato guitar, a white noise spreading across a Mad Max style post-apocalyptic landscape.

Lange Regan opens with a piano and the iconic words of Sound Of Silence before Di Auger brings in the heavy beat and his own lyrics. Lifting such iconic words to start your own song could have been a disaster – after all, how do you match Paul Simon’s words – but it’s turned into a beautiful song of isolation and despair by Di Auger. Drinking For The Dead is a fun barroom shanty like song. Things get political on America (The Fire Still Burns) with its ominous opening taking you through broken down cities and out into the rust belt and bible belt where fences of hate are being built. Laydown could be used for a horror movie or game soundtrack. Red Moth Bleeding has background vocals from Alia Synesthesia and the two voices add deep layers over the dark tune. Alia is all keening, operatic, grandiose, adding depth and sub-text to Di Auger’s vocals. There’s an ominous staccato. Images of an abandoned house under a bleak, limpid moon night with the dawn bringing no relief. This Is Real is industrial grind against chanting lyrics. It’s a statement of intent that bookends the album with Nightmare Burning.

An album, and an artist, definitely worth checking out.