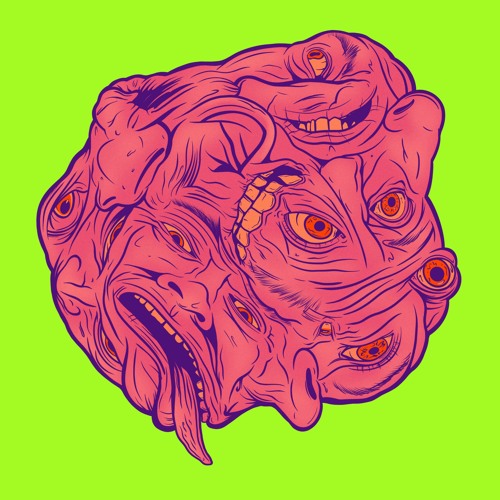 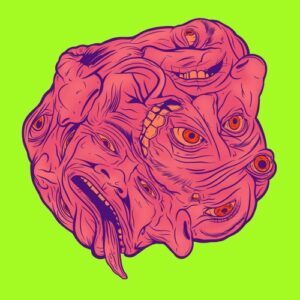 Dez Dare might be a newcomer, having been very much a creation of lockdown, but that doesn’t mean he hasn’t very much made his presence, identity and opinions clear in the time he has been around.

Not one to mince his words, recent singles Dumb Dumb Dumb and Conspiracy, O Conspiracy have shown what an absolute force to be reckoned with he clearly is. Opening with the aforementioned Dumb Dumb Dumb, its quite a kick start to open with lines like “so high on nationalistic pride she cried/ Faded, hated hearts, bitter, declined,” especially against a backdrop of undeniably catchy garage rock. It’s a sense which runs throughout this record, Dare using a combination of primitive, slightly unhinged yet ear-grabbingly tuneful hooks to frame a straight-talking fearlessness on big, contemporary issues.

There’s a slightly homemade feel which keeps in in the tradition of all the best garage infused music – raw, scuzzy, hominin. The recent singles act as openers, leading into King + Queen Monstrosity, which seems to aurally crawl up from the gutters and announce itself unwashed and present, while the likes of My My Medulla and Sandys Gonna Try continue in the vein of full-blown fuzzy assault. Crowned By Catasrophe, meanwhile, jolts and judders with a huge riff like the kickstart of a monster trucks engine. In my recent interview with him (to accompany the launch of Conspiracy, O Conspiracy) Dare described his music as a “fuzz beast clawing out of a pit of noise, riffs and existential joy” and this pretty much sums it up. Hairline Ego Trip never shy’s away from a real beast of a riff, completely fearless of revelling in pure rock’n’roll.

Refreshingly though, Dare never seems to feel the need to stick to a template simply for the sake of an audience, as Hairline Ego Trip frequently veers off into more obtuse territory. Take, for example, the layers of noise shooting from one direction on the final tracks, Goodbye Autonomy and Tractor Beam Shitstorm. In an age which seems to be exponentially producing wannabe, self-proclaimed “psychedelic” bands, moments like this show the psych edge of Dare’s work to be the real deal, simply by not trying as hard. The lines “clouded vision, got a clear, clear mind,” in My My Medulla seem to encapsulate the vibes of the whole of Hairline Ego Trip – whether its tinges of psychedelia or the squalling fuzz of his riffs, Dare manages to throw in layers of the cloudy or deliciously murky in a way that never makes his strident voice against a world gone mad any less apparent or attention-grabbing. Rolling in at little more than half an hour, Hairline Ego Trip is a record that arrives with a bang without ever feeling like it falls prey to posturing or cliche.