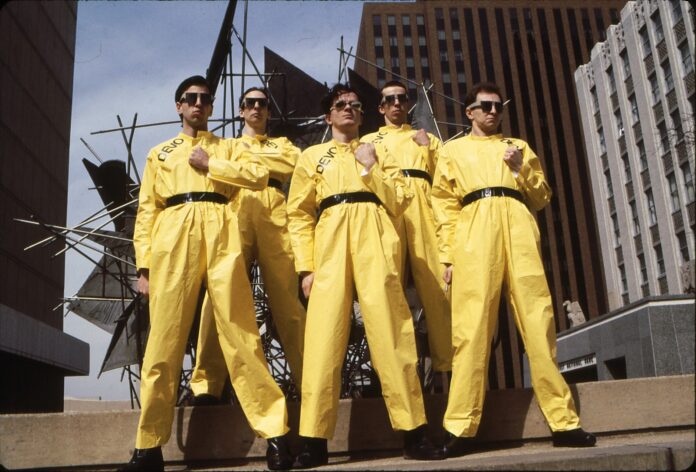 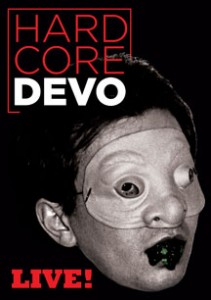 DEVO was among the most thought-provoking bands to emerge in the aftermath of punk, but before hits like “Whip It,” they worked in the basements and garages of Akron, Ohio to make raw, unfiltered music that the group called “Hardcore DEVO.”

In the summer of 2014, DEVO did ten shows performing these seminal pre-fame songs, created between 1974 and 1977 and rarely played since then. Shot at the Fox Theatre in Oakland, California, this concert film captures these ground-breaking artists performing the songs that started it all, interwoven with interviews revealing the history of the band.

In total, these 21 oddities serve as a tribute to departed, original DEVO bandmate, Robert “Bob 2” Casale

Hardcore DEVO Live_Uncontrollable Urge from Shaker Films on Vimeo.
A special screening event will be held on Saturday, January 17th at 7:30 PM at the Egyptian Theatre (6712 Hollywood Boulevard – Hollywood, CA 90028).