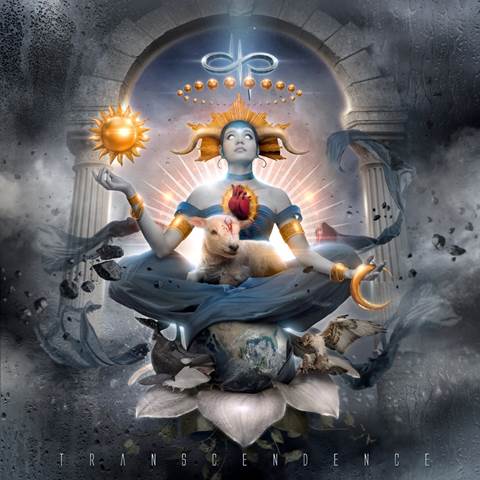 He might appear as a Telly Tubby on the home page of his website, but for Devin Townsend the  music is taken deadly seriously.  Continuing in a rich vein of seemingly  inexhaustible creativity – the massive ‘Ziltoid’ album and live show plus the expansive Casualties Of Cool recordings of the past few years being  prime examples – the new album shows no sign of the adrenaline rush abating.

It might even be a relief to many that ‘Transcendence’ comes just in the form of a single album (although there’s the expanded version for the gluttons) despite having what he reckons were ”over 60 songs in the bag.” It’s an album that as usual, presents where DT is at that moment in time, an extension of what’s going on in his world.  He’s explained, “the  theme  for  the  new  record  seems  to  have presented  itself  as  a  form  of  surrender  I  think.  Learning  to  integrate  that  became  the  process  for Transcendence.” Surrender being the optimum word as following up 2014’s ‘Z2’ double album,  he’s also  explored a relatively new way of working by loosening the reins and collaborating with the entire DTP band during the writing stages of the record. Indeed, a leap of faith   taken to  relinquish some of that famed control although he’s still at pains to confirm that the Devin Townsend Project is still essentially a solo venture. Combined with the fact that he’s also intimated that this album almost never happened and could even be the last in the series of DTP albums, ‘Transcendence’  would be a first-rate way to close this particular chapter.

It may even be a case of “will the real Devin Townsend stand up”, yet if he continues to produce albums of this magnitude, no-one is going to give a flying fig what he calls it or in whatever guise it comes. Kicking off in truly dramatic  style with ‘Truth’, a reworking from the ‘Infinity’ album, it’s a curtain raiser which acts  as an overture to the vast scale and grandeur of what is to  follow. Given a taster, you might expect a lull, but second track in, ‘Stormbending’,  feels like it would be more at home as  the final track in the way it builds into an all-encompassing giant monolith of sound – akin to a final flurry rather than an introduction. It’s no false dawn either; the sound of the album is huge with each passing song possessing blockbuster qualities. The old thesaurus is going be on overdrive to see how many different ways there are of using ‘epic’.

Yes , ‘Transcendence’ is ambitious and grand on a big scale, occasionally verging towards musical theatre, maybe not surprising considering the massive theatrical production of ‘Ziltoid’. Packed with stirring moments, there’s even a love song in there –  ‘From The Heart’ if you didn’t guess. Maybe even a surprising lack of the indulgence you might expect with the genre, no endless guitar noodling bar the occasional brief glimpse of  guitar gymnastics,  or extravagant keyboard gestures. Only the  DT love of using female vocalists is borne out with Anneke van Giersbergen on board again, plus contributions from Katrina Natale and Che Aimee Dorval, the latter a big part of the  Casualities Of Cool album, plus  the Tigers In The Tank five piece vocal choir, all of which add to the drama rating, already nudging the needle into the red.

Add to the full package the artwork by Anthony Clarkson which is similarly memorable – what DT calls “a mash up of religious and spiritual imagery… the character on the front almost seems like the ideologies she’s representing are more ‘brand names’ than anything else.”  For once, a cover you can judge the book by.

Outdoing anything contemporaries Dream Theater and the like have recently offered, by tossing aside his usual rulebook, and even within the context of his vast catalogue of work,   Devin Townsend  may have just topped everything he’s done.

As well as an online documentary series following the making of the new album, you can listen to the first release from the record, ‘Failure’ here:

He is  also on Facebook  and tweets  as @dvntownsend