A triple bill of variants on a progressive metal theme, which promised much and delivered on most if not quite all accounts. Mike Ainscoe reviews. 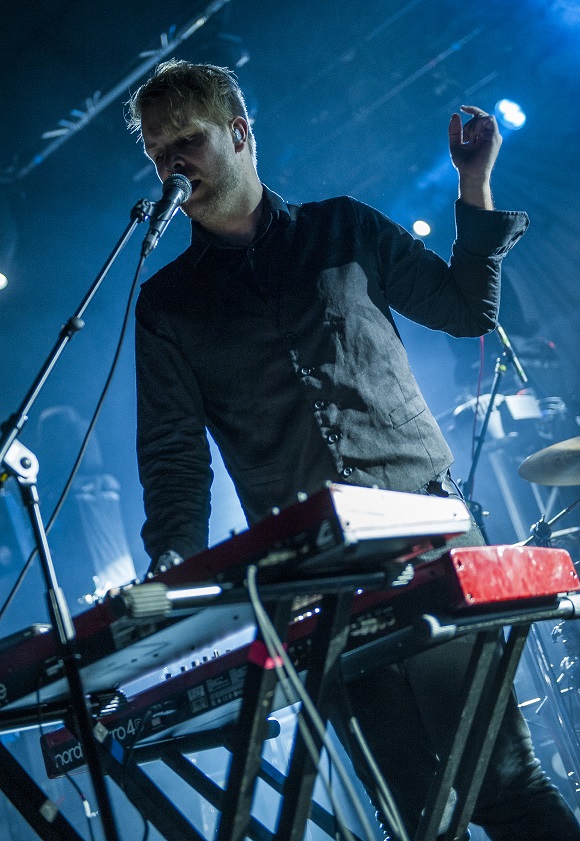 The recent double live album from Norway’s Leprous possibly signalled their Live & Dangerous/Strangers In The Night moment. While their output, particularly the latest The Congregation albums have always been edgy and challenging, the live record could be the one that brings them the audience they deserve. Decked out in black, the long fringes swinging in the backlit shadows, they appear very modern men with a contemporary take on progressive music with an alternative metal tinge. Given just half an hour, their set comes packed with drama and contrast, emphasised by the stark lighting presenting the band as shadowy ghosts delivering their set based round The Congregation. Einar Solberg’s operatic delivery and deep intensity on top of a fertile soundscape leaves the impression that Leprous have the potential to go into Muse-like eminence.

In contrast, TesseracT may be ostensibly the more popular of the two supports in terms of billing. For the main part, being  disguised by swathes of coloured backlight light might have been frustrating to watch as they ran through a cherry picked portion of the ambitious Concealing Fate suite from the One album.

Their sound combines a bewildering mix of the djent – tech metal – polyrhythmic groove vibe mixed with the melodic and ambient. Vocalist Dan Tomkins flits  between the clean and harsh style and provides the vocal and focal point as the band pump out the canvas on which he casts his musings. On their day, a course to be digested with relish, they maybe suffered from being the filling  in the sandwich encased by the Leprous grandeur and  the mighty presence of  the headliner. 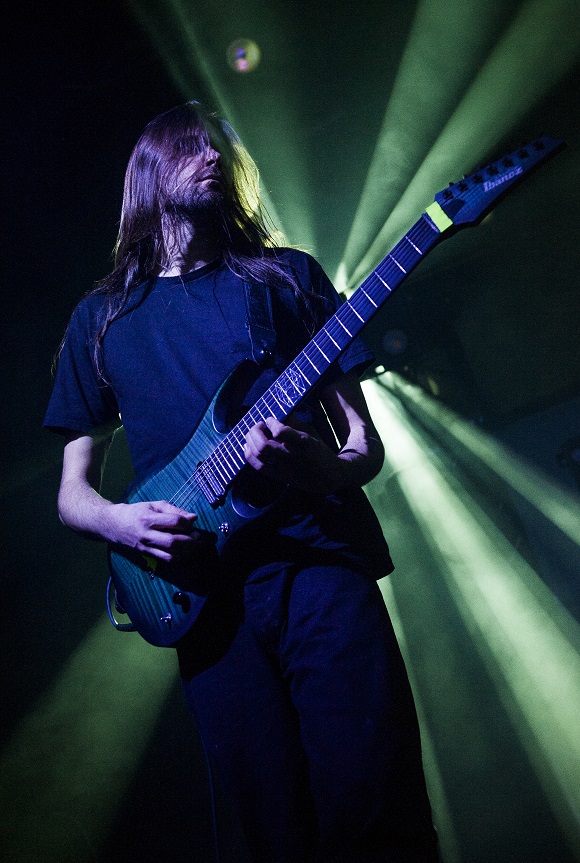 Talking of which, Devin is simply a master craftsman from another planet. Probably the planet Ziltoidia. Toning down the extremes of his earlier days in Strapping Young lad, he’s still a monster onstage with the almighty power of his current Transcience album as the backbone of his set. Failure, Stormbending and Higher are a trio that not only shake the foundations with an epic quality but as the stomping opening song celebrates, a chance to rejoice and partake  in a musical revery.

Diversity has always been the watchword  with DT and while he has the technical chops in spades, it’s all served up with a pretty healthy dose of humour and tongue in cheekiness plus a very genuine appreciation. An acoustic Ih-Ah gets the encore started and he introduces Where We Belong as “a mellow one” whilst also  dipping into playing the part of heavy metal frontman. Ziltoid Goes Home sees a rapid thrash combining with waves of fanfare which wouldn’t be out of place in musical theatre while the centrepiece, if there were one, may have been the epic Planet Of The Apes, more of an intrepid marathon squeezed into ten minutes.

The London gig on the tour would see the band shifting tack and performing the first full live airing of the whole of the Ocean machine album. He has coached up such a  superlative band who are able to cope with such a challenge, be sympathetic to change and whose ability matches that of their glorious leader. The real Devin Townsend need not stand up – he has many parts to play and the beauty of being a DT disciple is that it’s never going to be boring. 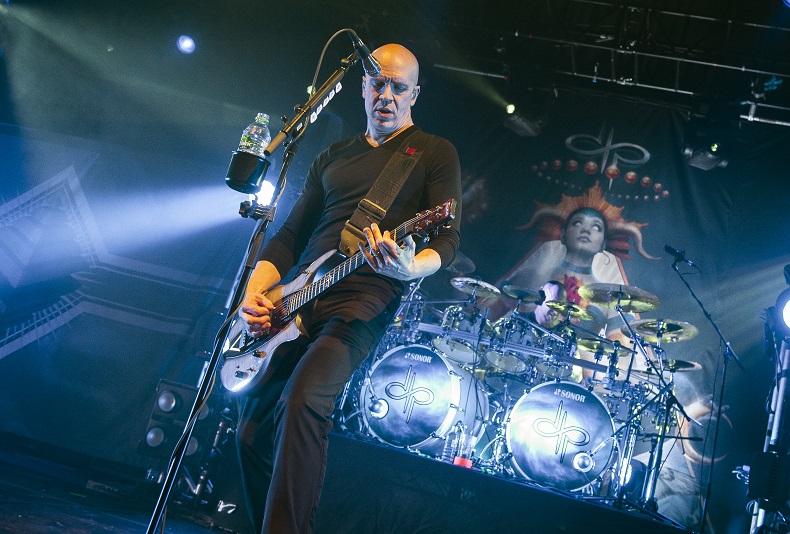