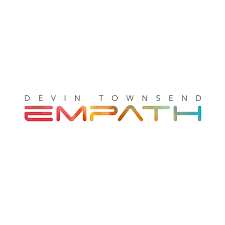 Devin Townsend continues to reinvent himself and his music with a remarkable piece of work that manages, incredibly, to extend even his own extensive and diverse palette.

With Empath, he’s effectively thrown down the gauntlet by redefining the term ‘eclectic’. PROG magazine declaring it as a contender for the album of the year crown, always a handy if occasionally effusive guide. So what’s the fuss about? The past offers many clues. From vast theatrical and symphonic tour de forces  at the Royal Albert Hall to the low key Casualties Of Cool country themed work and his own dynamic Devin Townsend Project that’s included the widescreen Plovdiv orchestra / choir production,  Devin Townsend has done his best to side step those who like to pigeon hole  their music to make a more convenient term of reference. More difficult to hit a moving target eh?

What does ‘Empath’ mean? The notion of all styles in one, unity and the intention to abandon any form of  territorial model. The catalyst may well have been the presence of Mike Keneally. He  also contributes  his musical weight to which  Devin also adds the mighty vocal strength of Anneke van Giersbergen and bass playing internet phenomenon Nathan Navarro amongst an army of talent that answer the call when opportunity knocks. Oh yes, and Steve Vai…but not surprising as the two are connected and it’s a series of connections that bring together not quite a cast of thousands but a massive backroom team behind the name on the cover.

And why not? Empath turns out to be a bewildering album that  might take some time to digest. In fact it sometimes feels impossible to digest more than one track at a time especially as the wake up call of Genesis blows away any vestige of cobwebs and sparks the whole album into glorious life. It would be a disservice to describe what follows as ‘cinematic.’ This is full blown 4K ultra HD IMAX widescreen, overwhelming  and in your face. The new generation.

Violent and brutal extreme  metal dominates Hear Me,  accompanied by a throat tearing growl that induces both an admiration and a wince and possibly supported by the standard  diet of barbed wire and TCP. Remember Lennon doing the last take of the day for Twist And Shout…? The grand uplifting choral prog Spirits Will Collide provides a reviving tonic before the drama of Evermore and the contrast of the fairy story opening of Sprite: “Once upon a time, in a tiny little house, in a tiny little town…” and then the switchback throws us into Why and takes us into operatic mode. The Mikado or Mozart? No, just Empath.

The massive Borderlands that opens with the crow of a cockerel, maybe one of the causalities of cool, visits an deep space, new age  ambience in between bursts of more familiar DT marching prog metal and then for an encore, there’s twenty three minutes of Singularity; a track that needs unpicking over time and a separate chapter to itself. Maybe we’ll revisit and reassess Empath in six months time or when Devin takes it on tour later in the year – a fascinating prospect. Meanwhile, the Singularity symphony winds through six sections from the pastoral Adrift via some lively time signatures and moods to  Here Comes The Sun! where music and words come together to build a climax of optimism. It’s a track that encapsulates an album that’s multi-faceted and multi-coloured. The perimeter walker has stepped out on a leap of faith.

Uncompromising, revolutionary maybe but without question Devin Townsend as you’ve never heard him before. The real Devin Townsend (or should that be the plural ‘Townsends’?) stands up. The one question that may be more intriguing than Empath itself  is where does he go from here?

Watch the video for Evermore from the album: