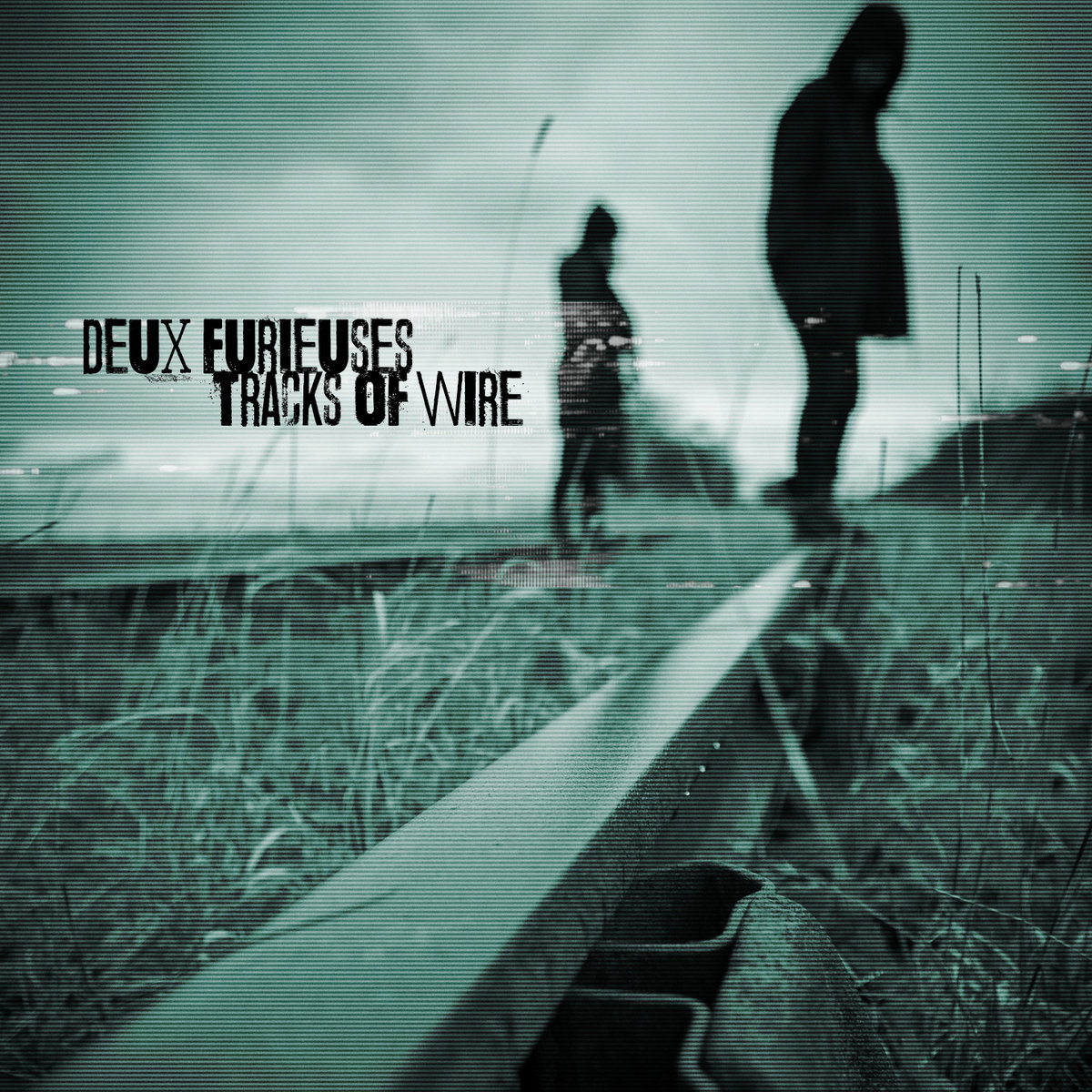 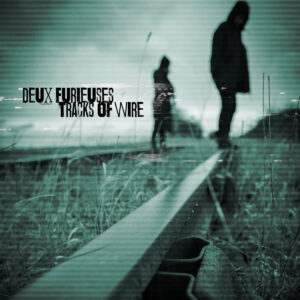 Never mind furious, Vas Antoniadou and Ros Cairney are positively raging, or so it would seem on their long awaited and much publicised debut album, and all the hype and build-up to its release are well justified. It is, in modern day terms a classic album, and will be looked back upon as such for quite some time.

There will be (and already are) direct comparisons to Savages but they are maybe unfair. Deux Furieuses are women and play loud music with guitars but the similarities really end there. Sure, they’re loud, very loud – amazingly so for a duo – and yes, they have political conscience that would make many of today’s pop-stars heads’ explode, but Val and Ros have encapsulated a punk attitude and feel not witnessed for write some time. Not only is the anger that, but they have superbly managed to vent their spleens with a pop tinged feel.

Tracks Of Wire has taken a huge amount of time to finally see the light. Self- released, it was recorded as far back as August 2014 with big name studio time contributed by the likes of producer Rob Ellis (PJ Harvey) and mixed by Mark Freegard (The Breeders). Singles Can We Talk About This?, The Party Of Shaitaan, Are We Sexy Enough and Kill Us are all included with any one of the twelve tracks worthy of that accolade in their own right. Even instrumental Fear To Fury is catchy enough to stand alone.

Influences are far and wide and if you like your lyrical content then it’s all here – feminism, indoctrination, rape, religion – making it a soundtrack to life in 2016. Can We Talk About This?, featured by us last year (see here), is a mind-blowing blast on multiculturalism roaring with the incredible percussion of Antoniadou and dominant voice of Cairney. Not only does it exude aggression, as does much of the album, but it also has enough of a pop element to make them accepted on a wider scale. John Kennedy (Radio X) and Tom Robinson (Radio 6) have completely taken them under their wings and have been long-time supporters.

What makes a classic album? It varies, perfect songs, emotive lyrics, unforgettable choruses, excellent production, a feeling that the band has contributed blood, sweat and tears to every note, and for Deux Furieuses all those boxes are ticked.

Dream For Change is as relevant now as it could ever be – “sometimes everything changes” – it’s a proactive scream for revolution and a call to (metaphorical) arms. It’s a sound of standing up and fighting for your rights, it’s the sound of now.

The album artwork and online presence has seen the pair don riotous black hoods in acknowledgement of the activists of Paris 1968 and it works so well as an accompaniment to the wrath and optimism that Tracks Of Wire perpetuates.

I Want My Life Back shrieks frustration at society whilst Philistines and Time To Mourn calm proceedings with lyrics that are simply stunning, the later of the two representing another song which could easily attain widespread recognition.

This album has been a long time coming but has been worth waiting every single second. Sometimes an album comes along that just grips you by the throat on the first listen and won’t let go, Tracks Of Wire is one such album. It sets the bar very high in terms of modern day punk and will also make album number two an incredible hard proposition, but for the moment enjoy what is a superb album and one which will be right up there in the end of year lists.

Is it worth top marks? Yes, unquestionably.