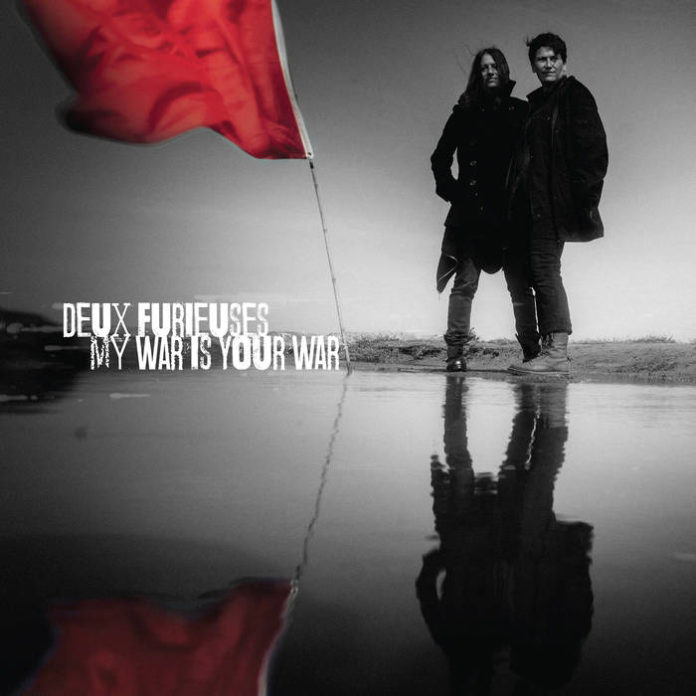 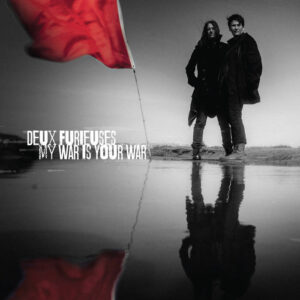 Deux Furieuses – My War Is Your War (Xtra Mile Recordings)

There can really be only one way to follow up a remarkable debut album and that is to repeat the feat with the second. Deux Furieuses stunned the music fraternity in 2016 with their self-released long player Tracks Of Wire and now Ros Cairney and Vas Antoniadou return where they left off, powering their way through eleven all new tracks which seem set to give them the huge recognition they deserve.

Newly signed to Xtra Mile Recordings, who also boast the likes of Frank Turner, Get Cape Wear Cape Fly and Beans On Toast within their roster, Deux Furieuses once more enlist the talents of producer Rob Ellis (PJ Harvey, Placebo, Scott Walker) and mix engineer Mark Freegard (New Model Army, Manic Street Preachers) who continue to breed a familiarity with the duo’s style and move things up a notch.

Album opener and lead track, Year Of Rage was written leading into the Votes For Women centenary and pays homage to the #MeToo movement which also features in the backing vocals. A rousing call to arms, it spits and splutters from the opening bars and shows the confident intent that the rest of the album is to display as it solidly struts and swaggers with a highly memorable chorus and high powered instrumentation, at times belying the fact that there are only two members to the group.

This new album adds an angrier, darker sound to that of Tracks Of War, the catchy choruses are still there but there’s now an edginess and almost risk taken approach. Civilians tackles the recent phenomena of fake news, political denial and lies absolving themselves from the obvious truth in a world becoming more and more focused on tabloid and social media news.

Deux Furieuses are exciting of that there is no doubt. Thorns kicks and roars, Let Them Burn unleashes anger at the horror of Grenfell and, Wired To Hate responds to the London Bridge knife attacks on Borough Market with a ruthless sincerity. There’s a reason that their debut album was so critically acclaimed and all those justifications are repeated with My War Is Your War. The road to success may be shorter than they think.