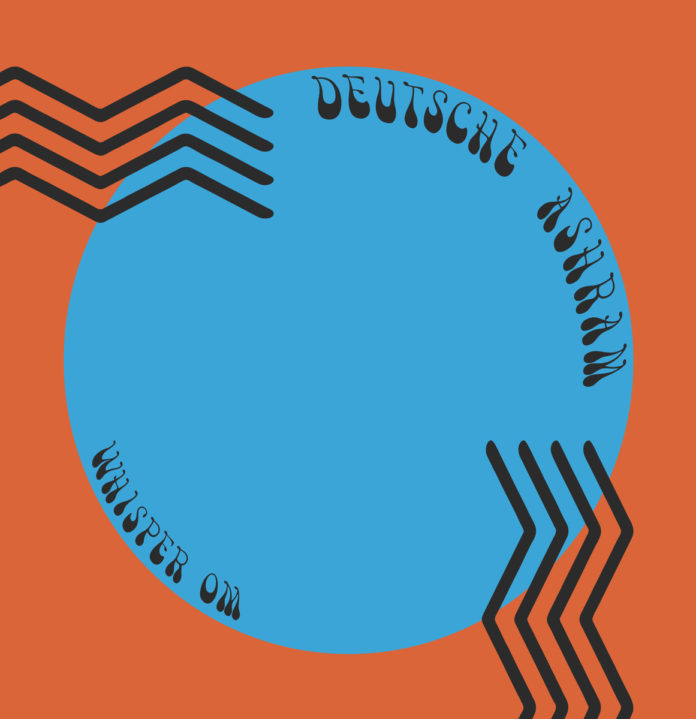 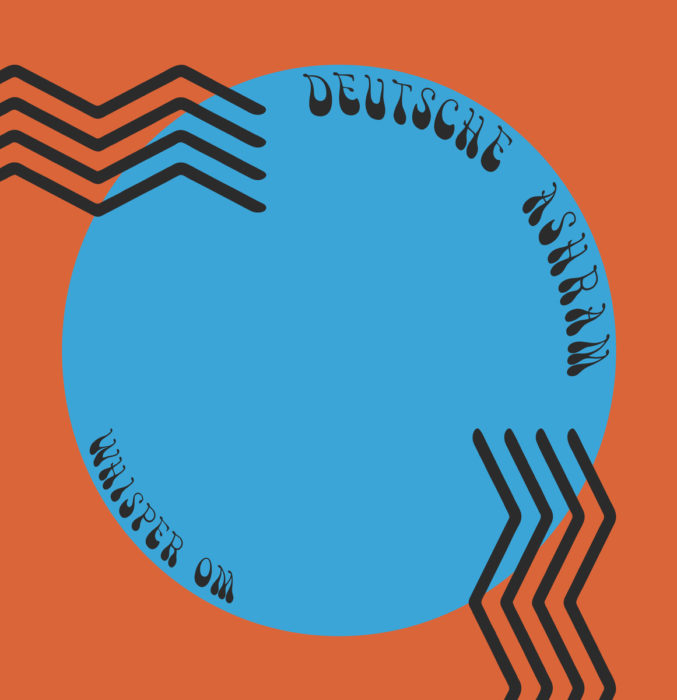 Now what on earth has been going on with Deutsche Ashram? The Netherlands-based duo have seemingly thrown the rule book out of the window with this, their second record. Whilst their debut Deeper and Deeper was a very enjoyable affair, Whisper Om is much less inhibited at every turn. What is immediately noticeable is its looseness. This isn’t to say the results are sloppy or unfocused. Rather the opposite. Somehow the record feels tough, brave, alive; and one to spend some time with.

The new devil-may-care attitude is felt from the off; a journey into sound which has (to misquote the visionary archaeologist TC Lethbridge) a goggle-eyed element about it. The listener is never really sure which way the sound will wend. One minute we are carried along by the gallop through a blurred landscape (courtesy of the opening two tracks, ‘Stumbleweed’ and ‘Leaf Cries Wolf’), the next, gently landing in a punt on a lake of sound thanks to ‘Glitterheap’, which is a great, refreshing contrast: the lazy riffing at the latter’s offset suggesting a Gen X retake on Gong’s ‘I Am Your Fantasy’ or something off ‘Echoes in a Shallow Bay’.

Other tracks play games with themselves, just for the heck of it. ‘The Nude Dancers’ takes some time to negotiate its way between a shuddering stand-off between delay and chorus pedals before blossoming out into the most poppy of the tracks here. And ‘Slackjaw’ is a lovely warm bath of a track, underpinned by a bubbling bass that occasionally stops the rest of the orchestration dissolving into a salvo of disparate sampling. It’s the duo at their best.

The way some tracks end is also very appealing to this set of ears: “crisp” and “abrupt” being the adjectives to hand. When a cut threatens to veer too far towards the Grey Havens however, some beautiful guitar lick or well-placed hook herds all the elements back into a recognisable form. The effect can be mildly hypnotising; and seeing elements swim back into focus is a game the listener can indulge in on Whisper Om to their heart’s content. Here we can point to numbers like ‘Gripandstorm’, the title track (which boasts more false endings than a Tommy Cooper joke) and the mighty, AR-Kane-esque closer, ‘Fingertips That Swap’.

Rather than looking for something to aim at to build on what went before, it sounds as if Ajay Saggar and Merinde Verbeek have thrown their rule book out of the window to make a record that hints at a much more interesting future.

“If you’re looking for disappointments, you can find them around any corner” sings Merinde. Well maybe, but not when you stick this record on.