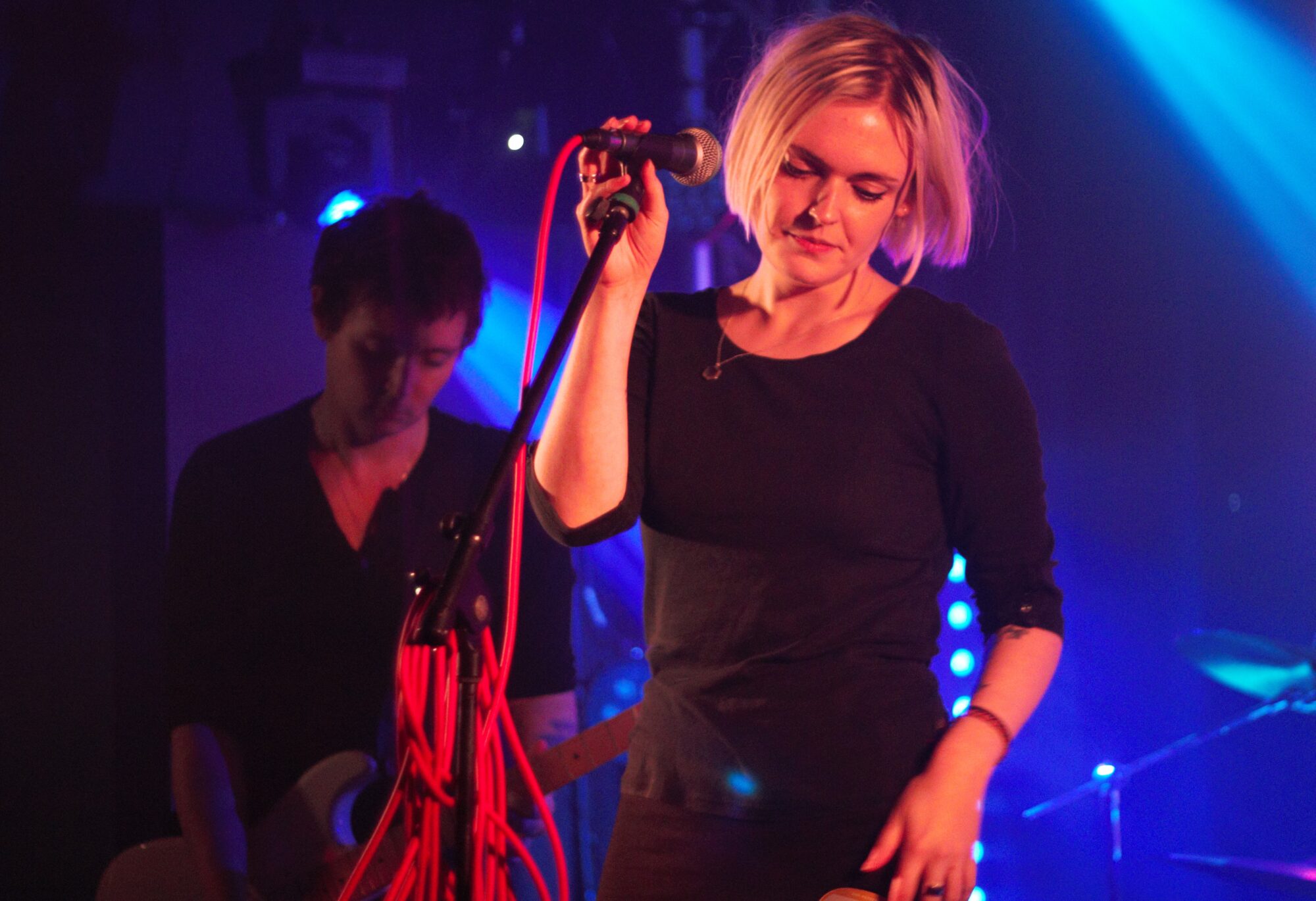 It was a relief even to be at Thekla on Saturday night, with the promise of a more desirable source of existential angst to distract from the national/global pictures of Weltschmerz and ennui, courtesy of Desperate Journalist.

So many people’s shows have been rescheduled or derailed in recent months, due to the uncertainty of whether what was booked in optimistic good faith would ever come to pass. All it takes is one band member to fall foul of the dreaded double line on a lateral flow test and the best-laid schemes of your favourite combo fall apart quicker than a Downing Street sponsored ‘Follow The Rules’ fundraiser. Bearing in mind the habits of many a popular musician in decades gone by, who’d have thought that the most regular thing to go up a performer’s nose in the early 2020s would be those tiny swab sticks, eh?

Just switching to gig mode and heading below decks at Thekla felt like moving from the title of their most recent album, Maximum Sorrow!, leaving our currently moribund world behind in exchange for the title of their third album, In Search Of The Miraculous. Desperate Journalist devotees and/or art nerds will be itching to point out here that the title of their third album relates to an ultimately flawed and fatally disastrous mission to cross a vast and powerful ocean in a teeny-tiny boat by conceptual artist Bas Jan Ader. Saturday night, however, gave us all the best bits that a ‘search for the miraculous’ could entail, without any of the nautical mishaps.

Desperate Journalist had it sussed where Ader came unstuck in their search for a little bit of life’s awe and wonder. Thekla’s a bigger, sturdier boat. It’s in calm waters. It’s moored. They didn’t go it alone either, like Ader did; they did it with the support of an enthusiastic crowd. That might seem like stating the obvious for a show, but from an early stage in the set, we had voices yelling declarations of love and good cheer from the crowd between songs. It became a kind of anti-heckle, fuelled very much by the early exchange between one gentleman and lead singer Jo Bevan. He yelled, “That was brilliant!” to which she swiftly responded, with a knowing irony, “You have exceptional taste.”

That exchange followed on from Why Are You So Boring? from the album Grow Up. The fanboy chant from within the assembled ranks had been spot on. It was brilliant. Jo Bevan gave us an extra layer of performative interpretation on top of the original words, really inhabiting the lyrics’ persona. Whereas the original has some exasperation to it, the January 2022 iteration sounded like it was purely baiting its addressee, pointing out his abject pointlessness, and quite enjoying doing so.

Desperate Journalist are fascinating to watch, be that Jo Bevan going through the full spectrum of emotions while wrapped in her red mic lead or Rob Hardy pogoing with boundless energy and wringing the neck of his guitar as if only he or it could survive. Compositionally, Simon Drowner’s bass and Caz Helbert’s drums occupy our ears as much as vocals and lead guitar. This transfers to how we watch the band on stage, with bassist and drummer being as watchable as the traditional lead figures.

Headier tracks from their 2014 debut album like Cristina and Control sat alongside heavier tracks from Maximum Sorrow! such as Fault and Armageddon. Personality Girlfriend and Satellite gave us a different sense of ‘falling’ in the phrase ‘falling in love’. The lighter moments were inflected with subtlety and sweetness and the darkest moments thrummed with furious anger. Desperate Journalist’s chairoscuro world certainly beats the mundane and monochrome. An hour or so in that world feels like venturing to a much better place.

You can find Desperate Journalist online here.
You can also find them on Facebook, Twitter, Bandcamp, SoundCloud and Instagram, as well as in pleasing 3D human form at gigs.

All words and photos by Jon Kean. More writing by Jon on Louder Than War can be found at his author’s archive. He tweets as @keanotherapy