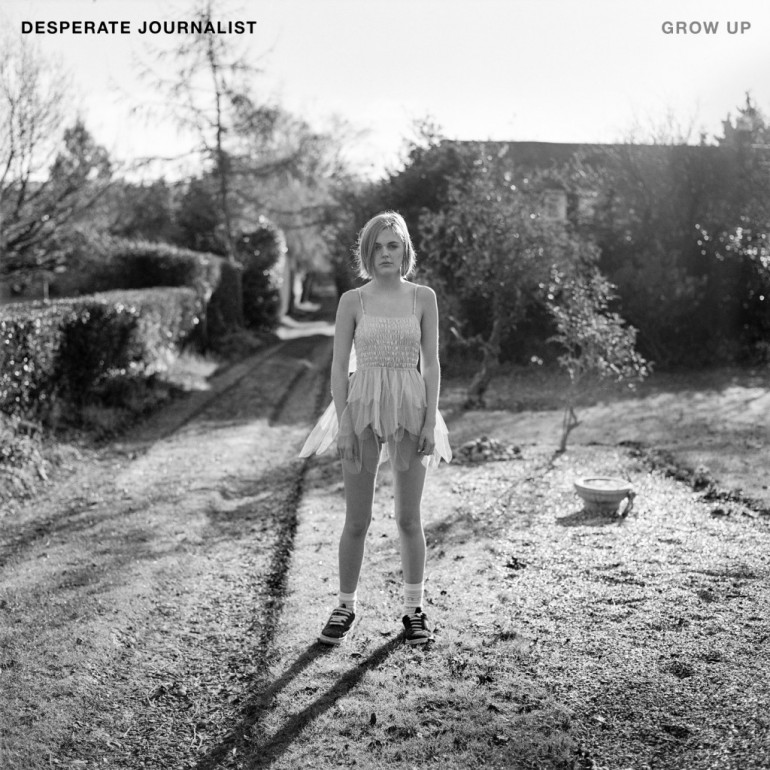 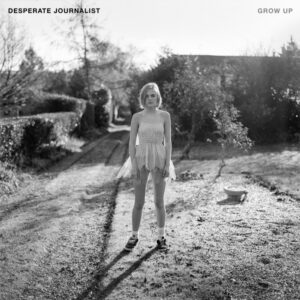 The London-quartet release their second album, Grow Up, and it’s a stunning follow up to their brilliant eponymous debut.

The following sentences will render the remainder of this article slightly redundant but here goes anyway.

There are certain elements in music that are unquantifiable. Words have not been invented that adequately portray what a writer wants to say when listening to a song, a record. Sure, you can compare and contrast. Delve into the band or artists past, talk about their previous work, describe the timbre of the vocalist’s voice and suggest it sounds like the song bird first thing in the morning when you wake on a spring day with the sun shining and the bird’s chorus ringing in your ears.

But describe a feeling. “Spine tingling”?! Rubbish. “Spiritual”?! Crap. What does that mean?!? Do you see God when you listen to Leonard Cohen? Have visions of Vishnu listening to George Harrison and Ravi Shankar? When you watch the video of The Smith’s Stop Me If You Think You’ve Heard This One Before, do you see Christ on a bike?

Take the middle eight of Resolution, from Desperate Journalists latest album, for example. How can you put into words the majesty of that segment of song?

The two and half minutes or so of Why Are You So Boring?, where perfect spikey verse leads into a sublime put down of a chorus “Oh. My. Dar. Ling. Why are you so boring?”.

The young Morrissey’s soul and lyricial acerbic wit reincarnated as Jo Bevan, singer and writer of barbed words for Desperate Journalist, whose second album is proving complicated to syllabically describe without rehashing hackneyed phrases such as “brilliant noir pop” and attempts to stop weeping with joy at this slab of vinyl is proving almost impossible.

I mean, has there ever been an album where the first word uttered is ‘Lichen’. Wikipedia defines lichen as being “a composite organism that arises from algae or cyanobacteria living among filaments of multiple fungi in a symbiotic relationship”. Admittedly, Morrissey may well have actually used the whole of the definition, but this is a description, straight off the bat, of a struggling alcoholic in self-imposed exile. Desperate.

There’s that moment when you listen to a song, and you feel a crescendo coming, a moment close to ecstasy, but you wonder where it will go, whether the build up, the journey to that moment is the pleasure and not the arrival. Purple is that feeling. You listen and you think it’s going to go further and explode into aural, mythical ambrosia, maybe you think it should have first time around but then your realise the momentum that had been created, nurtured, is that bliss, and then it disappears. Silence. How do you really articulate that?

A band so incredibly succinct, a telepathic connection, a serendipitous “happening” where worlds collide and music is alchemy. Where words are everything in lyric, that’s enough. Just listen.

Grow Up is a record you have to live in. Make it your home, and it rewards in spades. Words as honed and perfected as their heroes, Rob Hardy’s guitar eloquently, equally so. Steve Lamacq described Desperate Journalist as a band he’d love to drum for, and in Caz Helbert they therefore have a master exponent of the art. Stage right is the bastard son of Nicky Wire, unmistakable rumbling, Simon Downer, underpinning it all.
Bevan and Hardy have composed a modern masterpiece. With every inch of their influences, not so much strapped to the mast but interwoven between words and melody, with their own indomitable mark stamped all over it. Musically it’s euphoric, lyrically it’s self deprecating and stinging.

The heart-breaking finale, Radiating; the fear of rejection, there’s never quite the happy ending with Desperate Journalist. The epitaph at the bottom of the liner notes, from the pen of Virginia Woolf. “Nothing thicker than a knife’s blade separates happiness from melancholy”.