Home Music Reviews Album Reviews Desmond Dekker: You Can Get It If You Really Want – Album... 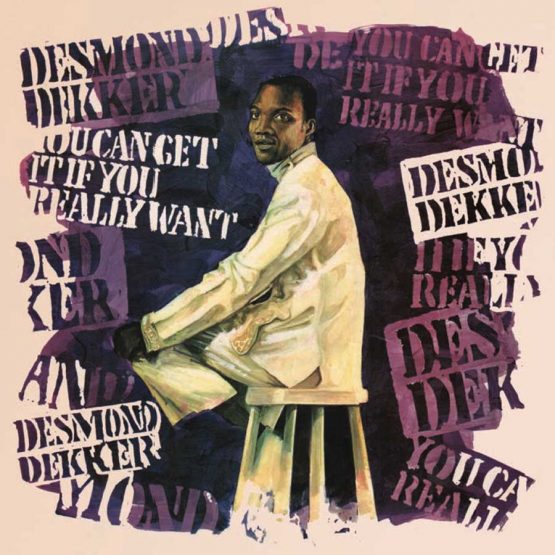 You Can Get It If You Really Want: Expanded Edition 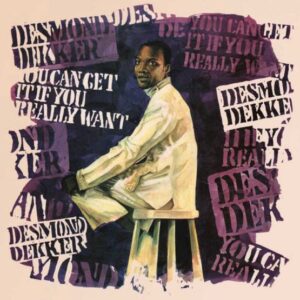 Expanded reissue of the Reggae legend’s big selling 1970 album, along with all his recordings for the Creole label later in the early 70s……..LTW’s Ian Canty recalls a childhood memory and grooves to some of the best feelgood tunes to come out of Jamaica in the original Reggae era…..

I’ve a very vague memory of seeing Desmond Dekker on television when I was a child and it was one of the most exciting things I had ever seen. I’m not sure which programme it was (perhaps Top Of The Pops?), but I’m reasonably sure he was decked out in a white suit and the song was probably his biggest hits Israelites (also known as Poor Me Israelites). The way he moved and sang was riveting – this was the first time I had seen someone really bring a song to life. For me this was the moment that truly got me into Reggae music, seeing someone so cool and talented light up the room from the confines of the google box. He seemed magical to me.

By the time this album was originally released in the UK, Desmond Dekker was one of Reggae’s biggest stars and had spearheaded the boom-time for Jamaican music that was still in full force. If you asked anyone now “who is Reggae’s biggest star?” they would probably say Bob Marley, but back then Desmond was the undisputed king. Desmond Aldophus Dacres (the name Dekker was born with) had been releasing records since 1963 in a fruitful partnership with producer Leslie Kong, but his career really started to gather pace in 1967 when he enlisted the Aces as his backing band and recorded the classic Rude Boy single 007 (Shanty Town). Less than two years later he found himself at the very top of the UK charts, when his Israelites single heralded the Reggae boom in Britain. After this success he clocked up another sizable hit in It Mek and Pickney Girl (which was the first single extracted from You Can Get It…) also achieved a minor chart placing.

The LP’s title track cover of Jimmy Cliff’s song (as featured in the 1972 film The Harder They Come) very nearly restored Dekker to the top of the charts, stopping tantalisingly short at number 2 in 1970. It is a reasonably straight take with some nice female backing vocals, a sonic trend that would pleasantly pervade the album as a whole. That song and another Cliff effort That’s The Way Life Goes aside, Dekker penned all of the material on the album (and indeed this reissue as a whole), with assistance from Leslie Kong on a couple of tracks. This record does bear the hallmarks of 1970 Reggae styled for UK market i.e. strings and other extras added to the rougher Jamaican recordings to make them more accessible for the Pop fans. I have to say though they’re not quite as obtrusive on this album as on some disc from the same timeframe, which is a plus point.

You Can Get It If You Really Want is a masterclass in Pop Reggae and Dekker is in fine voice throughout. Whether hitting those golden high notes or taking on a more reserved and relaxed air, his singing always fits each song’s requirements. On Get Up A Little Suzie he employs a style that goes right back to 50s Doo Wop, but the tune is enhanced by a nice Rock-steady Skank which updated it for the 1970 audience. Coomyah is an oddly titled but fast, classy bit of Reggae Pop, ideal for the dancehalls and Peace Of Mind goes right back to his Rudie roots, with a cracking rhythm track keeping things sharp. Dekker’s Gospel background is evident on a number of tracks, most notably on the lovely Cindy and the sweetly sung and cool I Believe.

The second half of this new reissue consists of the tracks Desmond Dekker recorded for Creole Records, an imprint put together by Bruce White and Tony Cousins. Dekker was devastated at Leslie Kong’s demise in 1971, they had been a team together and clearly had a mutual respect and friendship for each other. Up until this point (and highly unusually on the Kingston Reggae scene where most singers and bands record simultaneously for many different labels and their owners) Desmond had never worked with another producer. Though things were moving away from the early Reggae style Dekker had pioneered by this stage, he still recorded some sterling work over the three year period spent with his new label.

In 1972 he commenced recording for Creole. Reggae was now in the backwaters due to the inevitable comedown after heady days of 1969/70. Desmond did get a boost in 1975 when a reissue of Israelites again reached the UK Top 10 and Sing A Little Song (an excellent piece of Soulful Reggae, included here) also made the UK charts. Some of the later tracks proved that Dekker could adapt for the changing times, with the touches of the conscious Reggae/Roots that was beginning to show its hand on No Place Like Home and Travel On. A powerful, Jazz-tinged horn section bolsters My World Is Blue and Money And Friends madly quotes For He’s A Jolly Good Fellow and is embellished by a great organ line. Everybody Join Hands is a real oddity, more of a Folk Rock song than Reggae really (with the mere hint of a rhythm), but Desmond pulls it off with aplomb.

This is a good reissue of another key Reggae album that has never previously made it onto CD. The sleeve notes are pretty good on DD’s career, but I would have personally like a bit more info on the album itself. But I’m nit-picking really, the LP sounds great and the later material from the Creole years show that Dekker was far from washed up as his heyday drew to a close, that magnificent vocal talent was undimmed by time. You Can Get It If You Really Want It is essential for the ranks of hardcore Ska/Reggae/Desmond Dekker fans who will be delighted that is record has finally been reissued all these years on. If you are more dabbler in Reggae matters, give this a listen, you might well be charmed too. There were few better than Desmond Dekker at his peak.