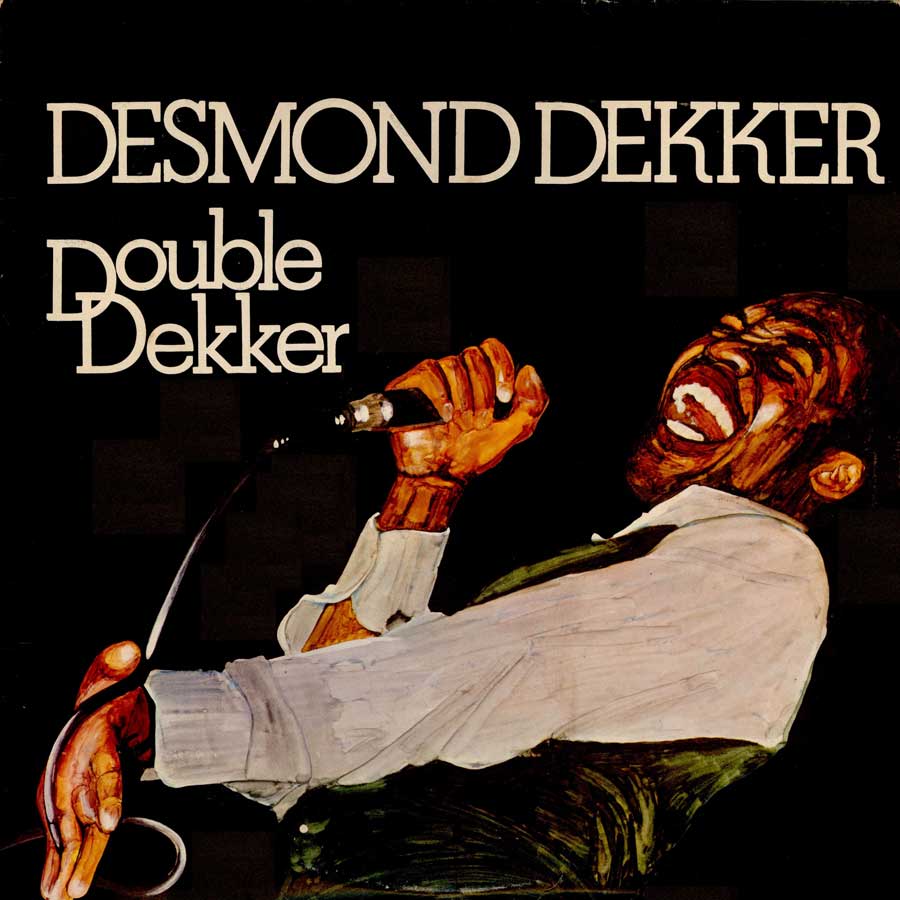 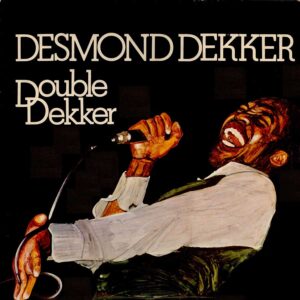 Reissue of the double album released in 1973 by former label Trojan after Desmond Dekker left them for the newly formed Creole imprint, featuring some of his big hits and rarer material. Six bonus tracks are also included. LTW’s Ian Canty is stumped by the lack of recognition for the original King Of Reggae and he’s not alone….

The sleeve note of this new reissue makes the very pertinent point that the late Desmond Dekker for some reason remains unrecognised by Jamaica, when he did so much to take the country’s music worldwide during his lifetime. I’m in total agreement with Tony Rounce who penned the notes here: Dekker was the King Of Reggae when it first sent shockwaves through the UK, scoring a number one hit in 1969 with Israelites that truly signalled the music’s arrival. He was top of the tree internationally while Bob Marley still was toiling to make a name for himself in JA. He very nearly repeated the trick a year later when his version of Jimmy Cliff’s You Can Get It If You Really Want It reached two in the UK charts and had some more big sellers too. He richly deserves some recognition, belated as it is.

After the highs of his British chart success, the passing of producer Leslie Kong in 1971 hit DD hard. They shared a good personal relationship and their musical partnership was magical. In 1972 he decided to leave Trojan and signed for the new Creole label, set up by the duo of Bruce White and Tony Cousins. Though Desmond’s fortunes had waned a little since the Skinhead era (as had all of Reggae music after that high-water mark), this was still big news. Trojan couldn’t have relished the prospect of one of their big names moving on and as a result issued the album Double Dekker, bringing together some of the man’s early hits along with some more obscure cuts. A blatant attempt to wring some money out of previously recorded material it may have been, but with the quality of DD’s output no-one was going to complain, least of all me all these years on.

Doctor Bird have tinkered a bit with this LP, taking out 6 of the “hit” tracks which already feature on their recently released Action/Intensified and You Can Get It If You Really Want It collections. For the record I think the tracks removed are 007, Israelites, You Can Get It, the single version of Pickney Gal (an alternate version is one of the bonuses which act as substitutes), Peace On The Land and I Believe. My personal point of view is that DB would be better off leaving things as they are (after this could act as a nice “catch-all” comp for those new to Dekker and collectors tend not to like revised running orders etc), but the other side of it is there are no repeats now on the three sets recently issued by the imprint. Put together, these three combine to offer an extensive overview into one of Reggae’s greats during the most glorious phase of his career. On its own Double Dekker, whatever the set up, is a very pleasing collection of Desmond’s less-known recordings from the classic Reggae era.

Starting with the 1969 UK Top Tenner It Miek, which was actually a late period Rocksteady recording, Double Dekker might now otherwise lack the familiar hits (apart from the aforementioned alternative take of Pickney Girl among the bonuses), but still has a great deal going for it. Desmond penned the vast majority of his own material and though he could provide well-sung and totally authentic Reggae at will, he often looked to branch out in other directions. When I’m Cold is much more down the R&B route, as is the very catchy Soul-tinged The First Time For A Long Time. Both show that DD could cut it easily when a more formal vocal style was required, his very evident charisma and talent shining through. This compilation also features one of the few cover Desmond ever attempted in a slightly-Reggae-fied version of the Coasters’ Yakety Yak.

Of the tracks here in the “classic” Reggae mode, Life Of Opportunity is an excellently delivered jewel of the form, feel-good on the surface, but a canny parable of youth in the modern world in the lyric. The saucy Please Don’t Bend is another goodie, rude and raucous and Trample has a super rough edge. Hippopotamus had a shout out to his Skinhead fans as an intro on the version originally presented on Double Dekker, but we also get a take without the intro as a bonus too. In both forms there is a great feel and along with another heavy Boss Reggae number Warlock would even get this old fool wanting to hit the dance floor. Go And Tell My People shows that Desmond could have adjusted to the coming Roots era if things had been different (he was resident in the UK by the time the heavier sound showed its hand and missed crossing over as a result), acute social comment and snappy rhythms.

One can see on some of the later tracks that with the advent of “stringsying up” and the more Pop accoutrements that became the norm after the ’69 boom bottomed out, Dekker and Kong (in what was to be sadly their last recordings together) were making things that bit more commercial in the hope of chart success. The Song We Used To Sing, which Jimmy Cliff co-produced, has a strings-laden intro and the symphonic edge makes itself more felt as the song proceeds. Live And Learn takes a large chunk of 007 and mixes it with a little of Delroy Wilson’s Dancin’ Mood and a Louis Armstrong impression, but it somehow works. Another true oddity is Reggae Recipe, actually performed by Lloyd Charmers and the Aces, a proto-Reggae Rap if you can believe it! The second version included in the bonuses is the pick of the two, you can hear the rap a little clearer.

Double Dekker, in this new form, does an able job of mopping up the man’s Beverley recordings into one attractive package. Though Desmond would have another couple of hits in the mid 70s he was really at his prime from 1969 to 1971, when pretty much no-one could touch him. The original King of Reggae never really turned out a dud during those years and the proof is here for all to enjoy.