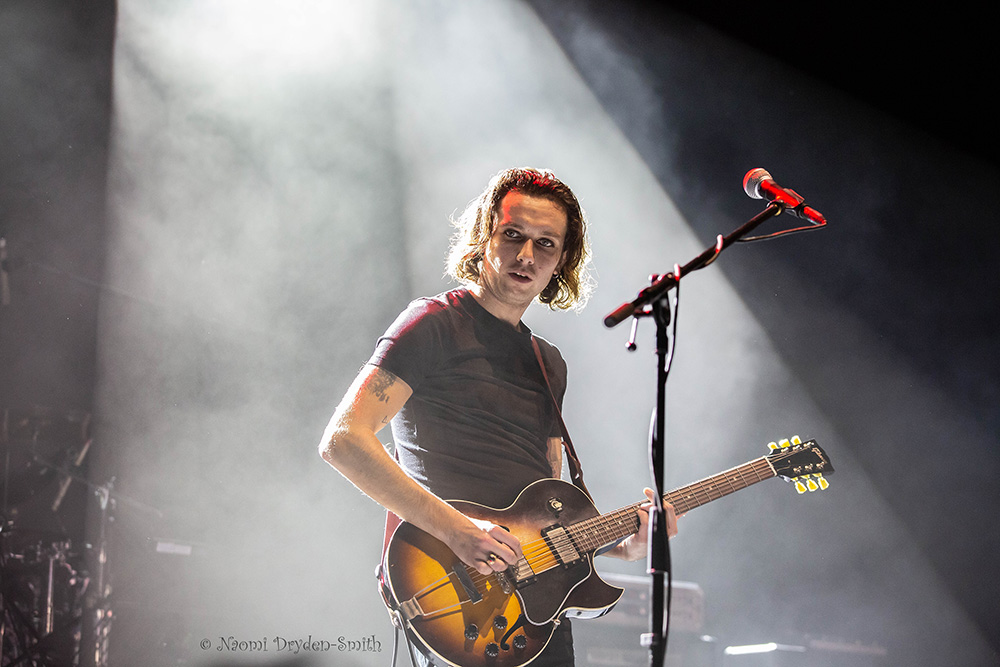 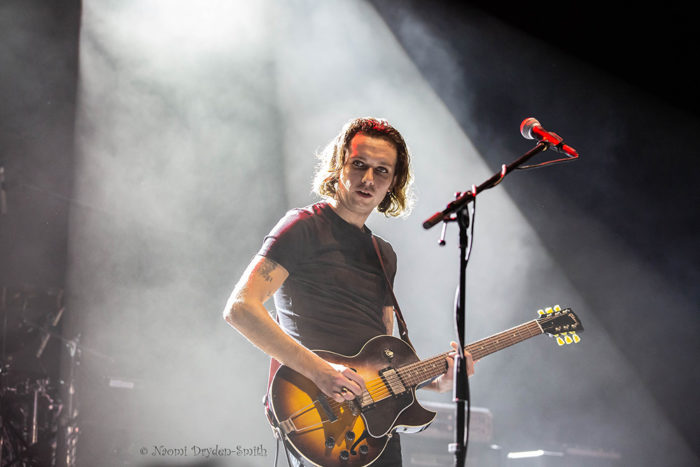 Three-piece psychedelic rockers Desert Mountain Tribe impressed as support for Peter Murphy and David J’s 40 years of Bauhaus celebrations at Brixton back in December, filling the Academy with their own take on epic shoegaze. Naomi Dryden-Smith was there taking photos

The recently revamped and much-improved line-up of Jonty Balls (Guitar/Vocals), Matthew Holt (Bass) and Frank van der Ploeg (Drums) take to the stage at Brixton ahead of legends Peter Murphy and Daniel J undaunted, unleashing a wall of sound on a scale surprising from just three people. Formed in 2012, they’ve been carving a niche for themselves ever since, releasing critically acclaimed debut album Either That Or The Moon, mastered by The Black Angels’ sound engineer Brett Orrison, in 2016 (see Louder Than War’s 9/10 review here). Theirs is an intense sound, beautifully crafted and begging to be listened to in a darkened room through high quality headphones, possibly sitting in an armchair. Played on a Maxell tape. Ahem. Maybe.*

*Rumour has it that Jonty Balls is Peter Murphy’s nephew…

Catch them at their next gig at Rocakaway Beach Festival at Butlins Bognor on 12 January. They’ll also join the Bauhaus Ruby Tour as it continues in the States later this year, dates to be announced.

Take A Ride showing some of that Brett Orrison/The Black Angels mastery: 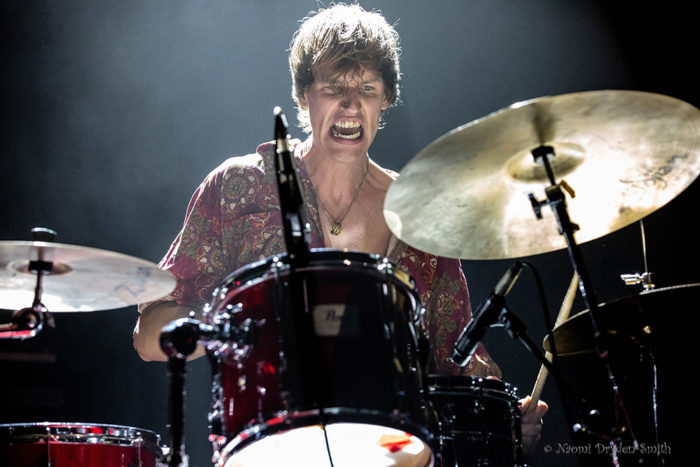 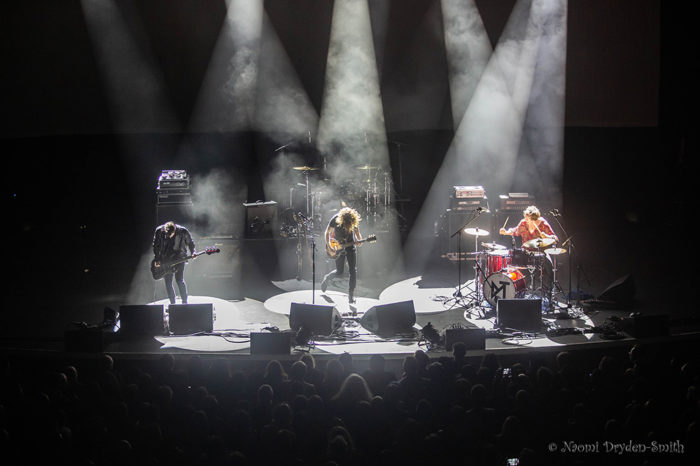 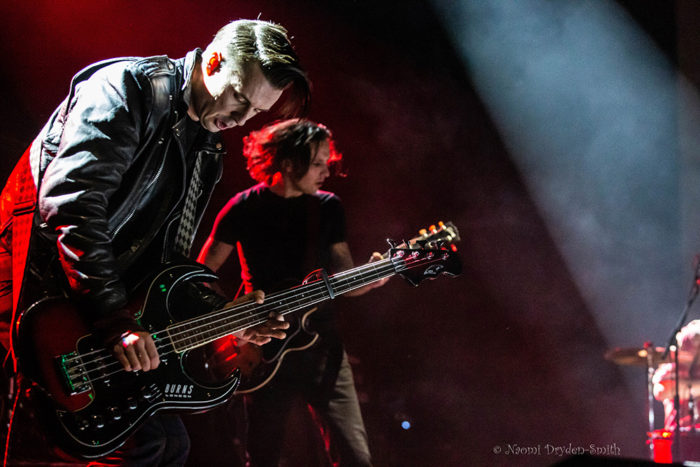