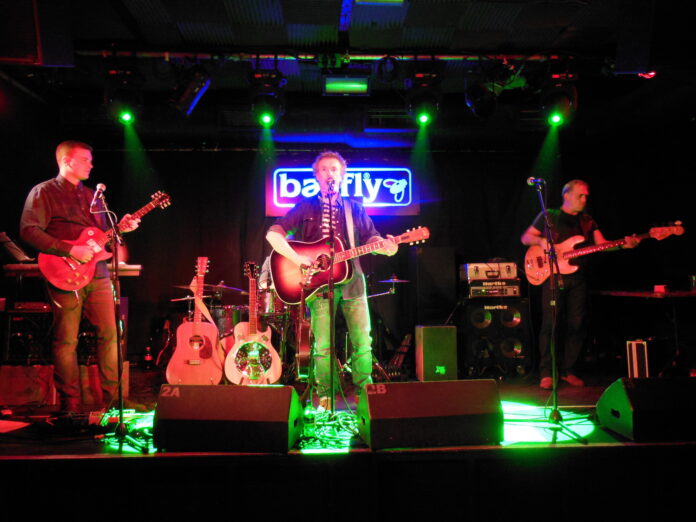 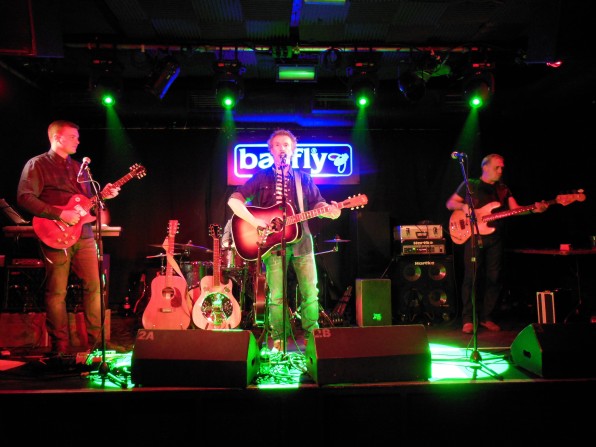 Yorkshire based country-rocker and record producer comes down to London with his Kuschty Rye project mixing songs from his solo albums with tunes from one of  Ronnie Lane’s greatest LP’s. Louder Than War’s Craig Chaligne reviews.

Following his guest appearance at Slim Chance’s gig at The Half Moon last November, Des Horsfall made his return to London with his own project Kuschty Rye. Des has been a professional musician since the late 70’s and after almost “grabbing the trophy” (his words) in the mid nineties where a record deal fell through at the last minute, he started producing and engineering records from his own Valve Studio in Hebden Bridge. Des is a long time Ronnie Lane fan and listening to the songs from his first post Faces LP : Anymore For Anymore give him the impetus and inspiration to start recording an album of new material after almost a decade spent recording other people’s music. The result The Good Gentleman’s Tonic was published in 2011 to great acclaim (Pete Townshend called it “a killer record”).

I must admit that I was hoping a little bit more of the folks who had attended the Slim Chance gig last November would come and see Des and his band  Maybe the fact that Slim Chance were playing at The Borderline the day before lost Des some ticket sales… The setlist mixed tracks from Anymore For Anymore and The Good Gentleman’s Tonic with a few songs from Des’s back catalogue. The camaraderie between the band members was evident and it was particularly funny to see guitar player Andy McKerlie spoiling drummers James Newsome’s success with the ladies in the audience by making an announcement he was soon getting married… The band has obviously been playing together for several years and even the fact that their regular keyboard player has to step down at the last minute because of illness didn’t affect the performance. Des played some older tunes including the fantastic Whistle To Blow, the song that almost broke him into the mainstream in the 1990’s. Displaying  an american classic rock vibe quite similar to Tom Petty’s nineteen nineties recordings, these are well crafted songs with memorable melodies. A few extarcts from The Bastard’s Tin the forthcoming album in a trilogy of 3 LP’s inspired by Ronnie Lane’s music were aired that night too. Des was joined by singer songwriter Dan Raza on a excellent version of Ronnie Lane’s How Come and the band closed the evening with a cover of The McGuiness Flint classic When I’m Dead And Gone.

Further info on Des can fe found at deshorsfall.com or kuschtyrye.net and at his Facebook page.

All words by Craig Chaligne. Photo by Sonia Ballot. More from Craig can be found at his Author Archive.