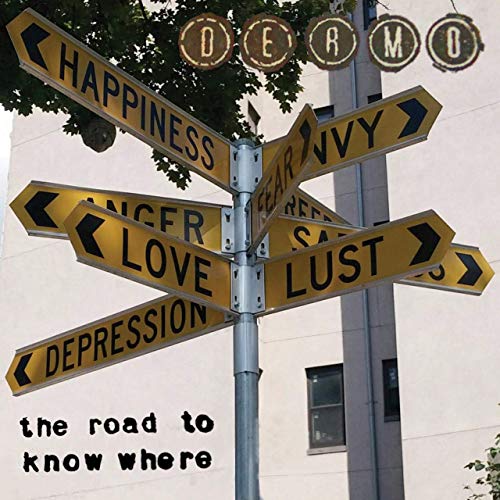 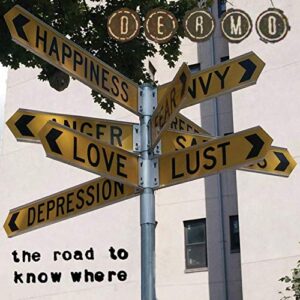 Road To Know Where

Being no stranger to the Manc music scene via Northside, and his most recent punk fuelled offering with new band Time For Action, Dermo releases his first solo album and tells me how it’s all been put together.

“The picture cover of the album is from a photo I took a couple of years ago near the East Village in New York. I’ve travelled up and down every one of those roads and now I’m finally at the road to Know Where. It’s about personal discovery.”

“The album is songs I’ve written (some with local musicians) over the last few years, that I wanted to put out one day. My friend Andy Barclay put me on to a mate of his who remixed the original songs for me. It was all done on a laptop and I’d speak to him (we never met in person) over the phone, guiding him on what I was after. I’d like to have done more in the studio with the instrumentation of the music before I released the album, but I didn’t have the separate stems as they were lost, which is a shame. I recorded the guide vocals with Robert Corless (Gabrielles Wish) in Butterfly Records on Oldham St and then completed them with Steve Poppleton in Hope Mill Studios in Ancoats In April.”

“I like collaborating with different musicians as long as we get on. I’m into all kinds of music and love swapping ideas to create something new.”

It’s a different bag of an album with lots of influences from his travels and a massive Manc feel to the whole thing. There are tinges of Ian Brown on tracks like It’s Easy Now and A Few Of My Favourite Things, lots of strings, trumpets and harmonies going on but with that old Dermo style. You get funk flecked North Manc attitude on In My Bed, haunting drawls on Charming Murder and the dark Dark Soldier.

Out Of Touch has a proper Hacienda vibe to it with it’s stomping house beat and cheeky ironic lyrics, whereas What Happened To You? pays homage to nights out with an old friend in The Cyprus Tavern back in the day, a nostalgic funk track to dance the night away.

Mourning after is a mellow love song either about his mum or another loved one, you make your mind up here. There’s Room For Everyone has the classic Northside guitar sounds happening with lyrics that take a dig about people trying to take glory without sharing the love with others. Funky drumming, trademark Manc vocals, proper 90’s indie.

Ups And Downs brings me back to Ian Brown and tells the tale of someone who fabricates their life to try to be cool. “You’ve got a working class accent, your family are Tory blue” Says it all in true working class indie style. Top tune. Closing track You’re Gonna Miss Me (When I’m Gone) is funky as fuck, loads of wah wah guitars, whoops and a proper catchy chorus and a proper dub ending.

Dermo has done alright with his first own financed release and it’s a mixed bag of tunes dwelling on the sounds of Northside with a hint of his love for dance and funk thrown in. A far cry from his other project Time For Action this one is for the old 90’s indie kids who were enjoying the crossover that was happening back then. Promising.