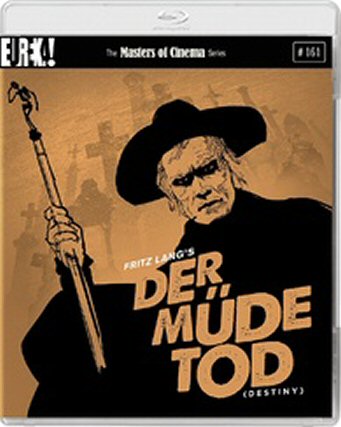 Jamie Havlin takes a look at an early expressionist work by Fritz Lang.

Made before his cinematic classics Metropolis and M, Der müde Tod certainly gives an indication of the potential of Fritz Lang to become a very special directing talent.

In Britain the film was originally titled The Weary Death, a much more literal translation than Destiny, but this was changed as it was considered too downbeat a title to attract cinema-goers, especially as the film had initially proved something of a failure in Germany. In Britain though (and in France) critics adored it, leading to a re-release and re-evalution in its native land. Alfred Hitchcock and Luis Buñuel both later acknowledged it as a direct influence on their own work.

A smitten young couple (played by Lil Dagover and Walter Janssen), travel in a stagecoach that is halted at a crossroads by a mysterious stranger (Bernhard Goetzke), who it soon becomes apparent, can be viewed as the personification of Death.

Death, a gaunt man who comes over as world weary rather than sinister, joins them in the carriage and then seats himself next to them when they are dropped off at a tavern in an unremarkable small town nearby.

Here the girl suffers from what seems like a hallucination: a beer glass morphs into an hourglass. Shocked, she scuttles out of the room.

When she returns, her fiance is gone. Taken by Death. 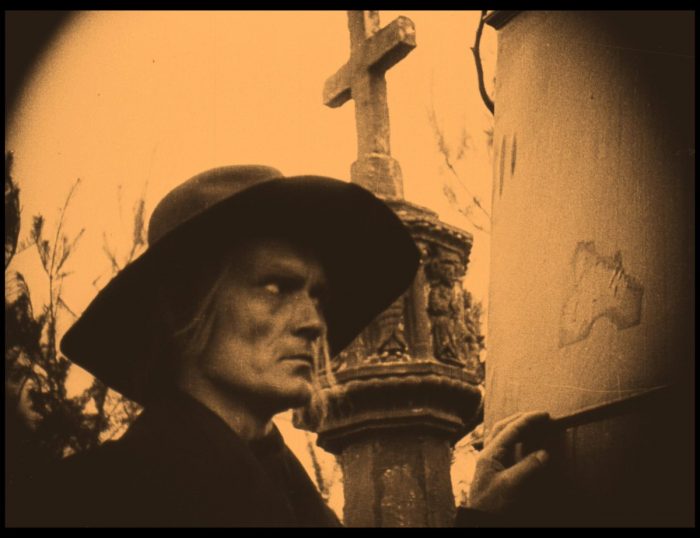 Desperately she searches for her lover and, standing by a mammoth wall built by Death, she witnesses a number of ghosts pass through its brickwork.

Finally she meets the Reaper again and in his realm, a cathedral like space crammed with huge candles – each representing a life – she pleads for the life of her lover.

A deal is struck that could grant her that wish.

Described in the opening credits as ‘a German folksong in six verses’ Der müde Tod utilises an unusual structure that includes a trio of short films within the film where we travel across centuries and continents: Baghdad in the ninth century, Renaissance Venice and Imperial China, with each of the main characters taking on a number of roles throughout and the tales all concerning an ill-feted relationship.

I would have to confess that, occasionally, I did become slightly confused by the events on screen although watching again with the commentary on helped clear up some plot points.

It’s a visually ambitious work with some truly inspired art direction and some fantastically inventive special effects – usually involving double exposures. The animated scroll, flying carpet and miniaturised armed guard all must have appeared almost magical on the film’s release almost one hundred years ago.

The Masters of Cinema Series is proud to present the film on Blu-ray and DVD for the first time in the UK in a new Dual Format edition.

Extras include a feature length audio commentary by film critic Tim Lucas, a new video essay by David Cairns and a 44 page booklet featuring a new essay by Philip Kemp and an original review of the film from 1921.

For more on the film: https://www.eurekavideo.co.uk/moc/der-m%C3%BCde-tod-destiny