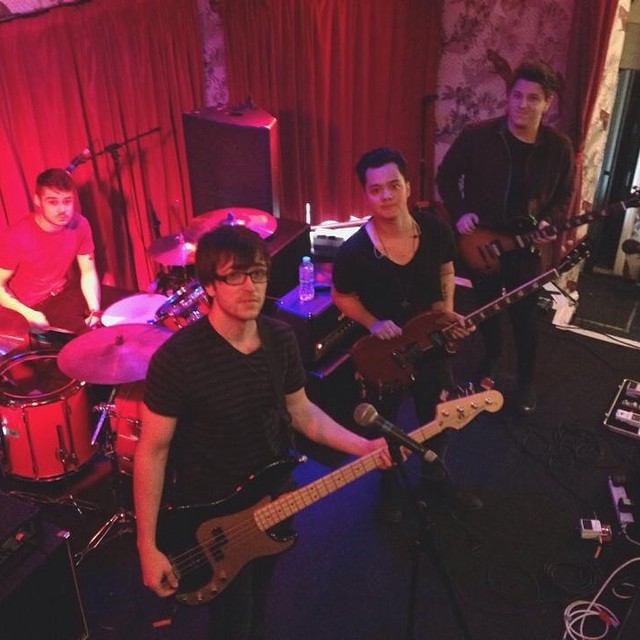 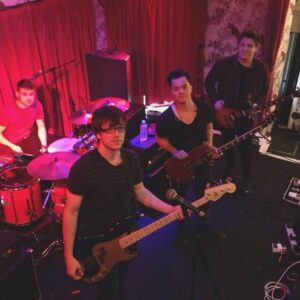 Manchester’s De’Nova draw an impressive crowd at one of their city’s most ecclectic venues. Louder Than War’s Ian Critchley reviews.

The Deaf Institute is arguably the best venue in Manchester. It has been by far my favourite this year and not just because Lucero played there. I would happily watch a twelve hour Jedward concert just to be within its glorious ball room-esque walls. Thankfully I didn’t have to make such a sacrifice as tonight I was watching De’Nova who, with the exception of guitarist Luca, did not sport a hair style akin to that of an electrocution victim like that god-awful Welsh duo…

De’Nova are at a weird point in their musical career. They’re big enough that they can draw an decent sized crowd in a venue the size of The Deaf Institute (just slightly over 250) but not so much that the support slots go to bands of nearly the same calibre. But amidst the gaggle of “high-school” sounding bands there was one pleasant treat. If You Like To Dance, apart from having a really poor name, were an interesting mix of pop and rock. They sounded like the tour buses of both Arctic Monkeys (in their early days) and The Scissor Sisters collided head on and somehow a band was formed. It was gritty yet funky, raw yet ludicrously flamboyant. The group were a great support act that truly riled the crowd more than any other of the warm up slots.

Watching De’Nova live was a treat. Though as the crowd drew closer to the front it became alarmingly clear that both myself and my +1 were easily the oldest in there (and the looks we were getting from some of the female clientèle was just plain awkward) the age gap did not quell our collective exuberance for the band and the atmosphere created set the room to blow. They are an interesting mix of indie-rock blended with the mature pop-punk style familiar to fans of bands like Jimmy Eat World and Taking Back Sunday. This, however, is done with a slightly heavier edge, with songs such as the set closer providing a perfect example, pushing closer to a grunge drenched sound and giving them an instrumental aggression that contrasts well with the mellifluous vocals of front-man, Kevin Daos. De’Nova placed themselves apart from all the other acts that evening with their sheer professionalism on stage. They appeared less like a band merely playing to their mates, and instead came across as a group on equal pegging with the more established acts in the respective genres they have plucked their influences from.

De’Nova are a band that clearly appeal to a wide spectrum of fans with varying musical tastes. And, with a little time and more of the hard work they are clearly putting into the band, they could easily become a tour de force within not only the Manchester scene, but the entire UK.

De’Nova can be found online here: denovaband.com liked on Facebook. They tweet as @denovaband collectively and as:

All words by Ian Critchley. More work by Ian can be found at his LTW Author Archive.