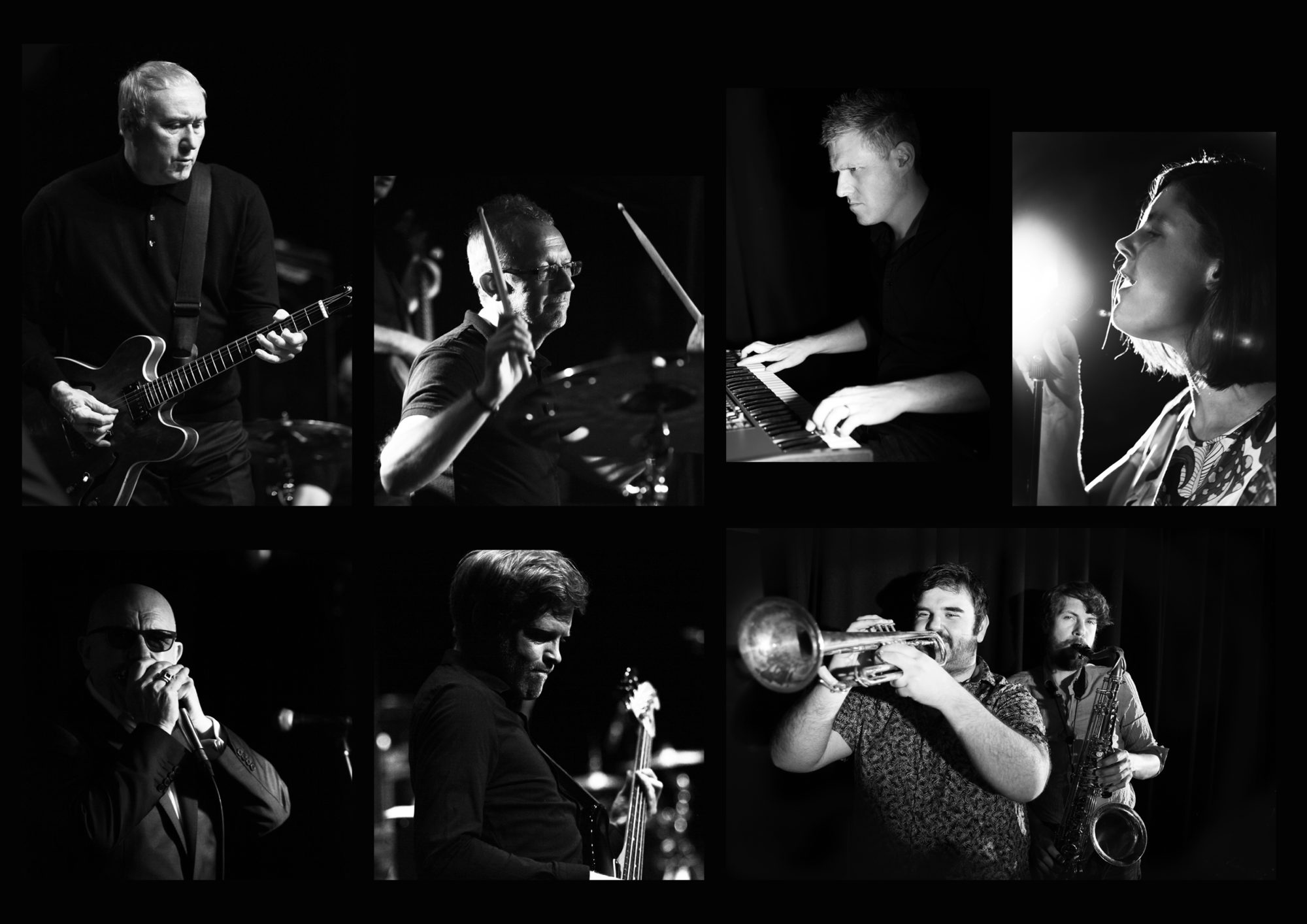 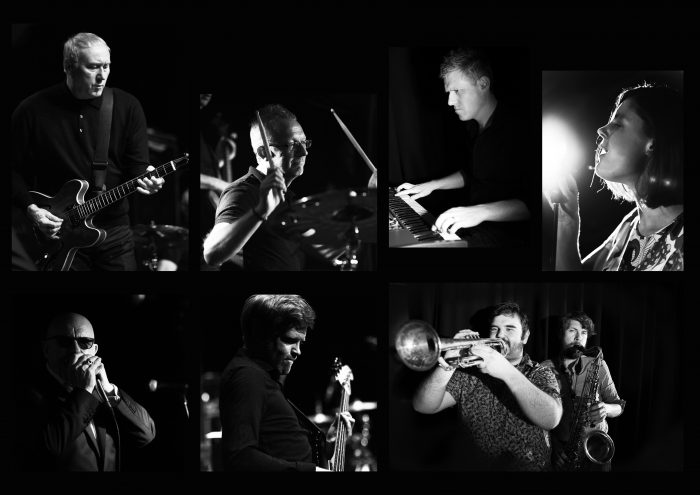 If you were going to ask one band to take you through the different styles of Blues music, you really could not pick a better one than Nine Below Zero and with their new album, Thirteen Shades of Blue, they have emphatically delivered.

Emerging in 1979, Nine Below Zero won legions of admirers with their energetic and hugely danceable brand of R and B. Support slots with the likes of The Who, The Kinks and The Jam followed, alongside a storming appearance at Reading Rock Festival as they cemented their reputation as one of the best live bands on the circuit.

However, the decision to re-release the band’s classic albums Don’t Point Your Finger and Third Degree in 2014 led to the reunion of the classic line up of Dennis Greaves on guitar, harmonica player Mark Feltham, bassist Brian Bethell and drummer Mickey Burkey. It was from the successful tour with that line-up that the Thirteen Shades of Blue project was born.

The album is appropriately titled as the thirteen songs on it are all distinct types of the spectrum that makes up the Blues scene. Recorded at Glenn Tilbrook’s studio, the finished work is a breath-taking piece of work and, in a fairer world that ensured great songs got decent airplay, features a potential smash hit in Don’t Play That Song (You Lied).

The band line-up has been expanded to include a brass section, keyboards and vocalist Charlie Austen and they set about a varied catalogue of blues classic tracks with relish. The effect of this enhanced line-up is heard to spectacular effect on songs as varied as You’re Still My Woman, Crawling Up a Hill and It’s Your Voodoo Working. Having delivered a storming set at Glastonbury, Nine Below Zero are set to head out on thirty date tour at the end of September to promote Thirteen Shades of Blue and front man Dennis Greaves took time out to talk to Louder Than War at what is an exciting period for the band.

LTW: The new album is a very impressive piece of work so the first question has to be how did you hit on the idea for Thirteen Shades of Blue?

Dennis: Well firstly I’m glad to hear that you like the new direction. I’ve always fancied working with a bigger band and getting that bigger type sound and this album just seemed to be the perfect opportunity.

It all started by chance really. I walked into a bar and heard this track playing and thought “that sounds fantastic, it would make a great cover version, what is it?” I used the SHAZAM app that I have on my phone and found out it was by a band called Señor Soul who were later known as War. Then, when we were doing a warm-up gig for the release party of the Universal albums, in the audience was Johnny Chandler, who was responsible for putting out the deluxe versions of Live At The Marquee, Don’t Point Your Finger and Third Degree. He came up to us after and suggested we do a “best of” album. But he didn’t mean of our collection, but of rare Blues songs that showcase all the different styles of the music.

That must have been a dream job for you, with your record collection and knowledge of the Blues scene.

Well I know what you mean, but it wasn’t just me that did the research. I subscribe to Spotify so I set up a playlist on there that all the band members could contribute ideas to. Johnny also contributed suggestions and Glenn Tilbrook, who owns the studios where we recorded, got in touch to say he’d just heard a song that we would be brilliant at covering and it was called Don’t Play That Song.

That features a pretty amazing new vocalist doesn’t it?

Yes, it certainly does. I host a Blues night once a month at our local pub and one night Charlie Austen walked in and asked if she could sing Stormy Monday. When she got up the whole place just stopped and it was magical, what a voice. So I asked her to come down to the studio and the result is Don’t Play That Song, which I’m really pleased with.

Despite your experience, and the fact that you’re all really accomplished musicians, would it be fair to say that it was a challenge to interpret and record these songs as they are pretty intricate to say the least.

Absolutely, and that’s another great thing about this album in that it’s been a real education for me too. We also wanted to highlight some of the Blues players who tend to be forgotten in the narrative. You hear a lot about JMuddy Waters, Elmore James, Freddy King and Albert King but I’m delighted that we can highlight Little Milton Campbell who was an amazing guitarist. We’ve done a version of his song ‘That’s What Love Can Make You Do’ and the guitar was a real challenge I can tell you.

Mark, the harmonica player feels the same about Little Walter. He was an amazing and massively influential Blues man in the 1950’s and his harmonica parts are certainly a challenge. Little Walter would basically spend the whole night drinking and turn up at the studio around 8 in the morning blind drunk and ready to record so his playing is difficult to replicate. On The Toddle, the timing is all over the place as Mark is ahead of the band because that’s the way Little Walter did it and Mark has done a fantastic job on this track.

There’s no doubt that Blues is a massive influence on everything we listen to today so it must give you a lot of satisfaction to have completed an album like this that will bring it to more people’s attention. It’s almost like an education listening to it.

I’m glad you’ve said that as that is something I’ve thought and would make it all really worthwhile. I remember when we were supporting The Kinks and The Who Ray Davies, who I get on really with even though he’s Arsenal and I’m Tottenham, and Pete Townshend would watch us from the mixing desk and they both said the same thing. That was that we were exactly like them when they started out; just enjoying ourselves and playing Blues influenced music at full pelt. All I ever wanted to do was just play the music I love and I’m really lucky to have made a living out of doing so.

Looking back to when you started, you were pretty unusual in that it was the Punk and Post-Punk scene you were in, but Blues-influenced music you were playing.

Well I remember seeing Dr Feelgood in 1974 and they were just so against the grain. They were wearing second-hand clothes so we used to do the same. I was going to Salvation Army shops buying mod suits like my dad had worn. I saw the Feelgoods on the Whistle Test in 1974 and I was just totally blown away, it totally changed my life. I went to school the next day and formed a band with my school mates. You could say that Eric Clapton made me want to be a guitarist and Dr Feelgood made me want to be in a band.

When we started at the Thomas Becket pub in 1977 I thought we may be the only band doing what we were – playing fast R and B in the midst of Punk but there were plenty of others. Red Beans and Rice, The Inmates, The Blues Band and the Little Roosters were all around and of course The Feelgoods were having a new lease of life with Gypie Mayo on guitar. We just kept doing what we were doing and things took off for us.

So you’re out on tour to promote the album next month?

Yes, we start a big tour at the end of September. Brian Bethell, our bassist who has played on the album, won’t be with us as he’s recovering from an operation so Ben Willis will be our touring bassist. Our brass section are totally nuts. I always thought bass players were mad but these guys take things to a whole different level.

We played Glastonbury in the summer and what a place that was. It was a great chance to showcase our new album and it went really well so things are looking good.

After this you must be hungry to get back in the studio and do another album?

Yes, I think I’ve got one more album left in me but that will be self-penned. We’ll probably start writing in January next year as I want it to be ready for our Fortieth Anniversary in 2019. We started in 1977 but 1979 was when we took off Nine Below Zero. I’ve been writing some sketches but need to get them demoed in January.

I think I’ll keep some elements of the bigger band as it’s important to keep yourself fresh when you’ve been going so long. I sometimes look at some bands who keep playing the same style and set every night and think that must be quite hard. We never had a hit so people aren’t waiting to hear it – you can play what you want and that is liberating.

I’m just delighted with this album and hope it showcases the many shades of Blues music. If you’re a young musician, Blues just offers you so many possibilities and this album is like our tribute to a style of music that has given us so much.

Thirteen Shades of Blue is available on September 30th but to pre-order. see tour dates and more information on Nine Below Zero please visit their website. They also Tweet as @NineBelowZero1

All words by Dave Jennings. More from Dave can be found at his Louder Than War author’s archive. He is also on Twitter as @blackfoxwrexham and blogs at Shadow of a Dream