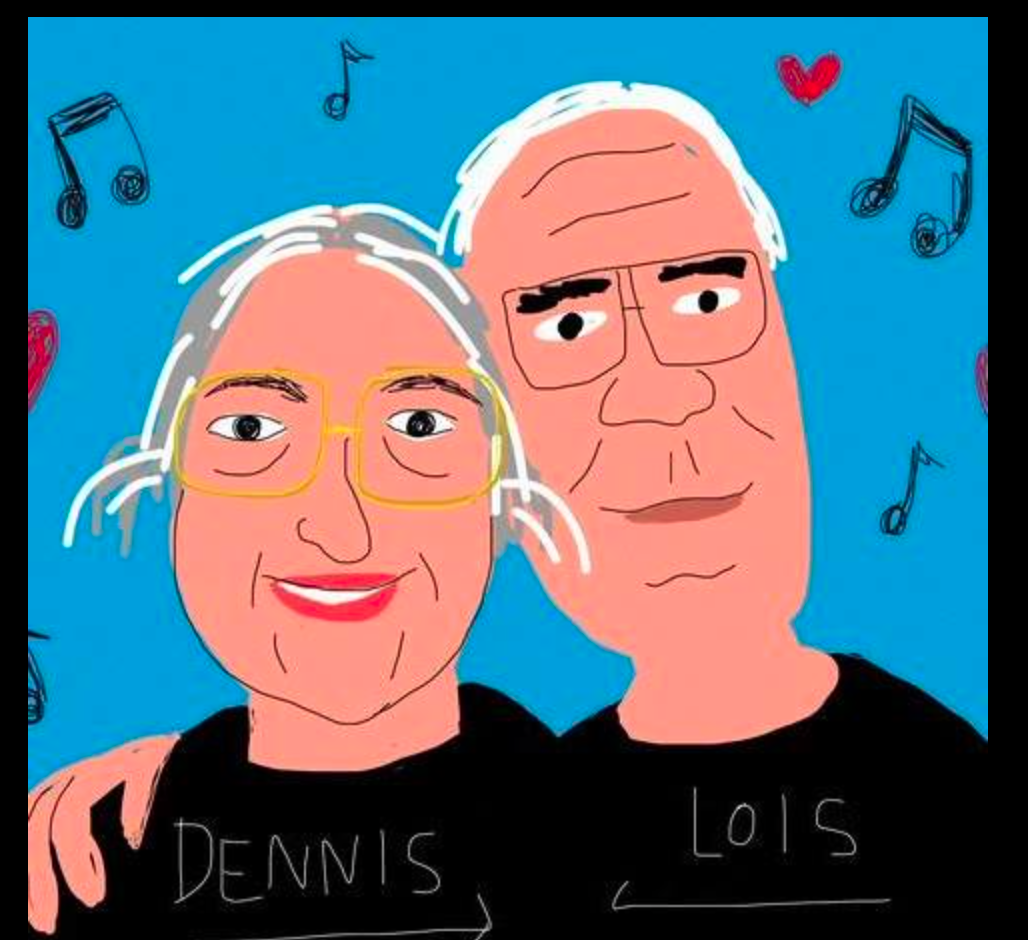 Dennis and Lois are the New York superfans who are immersed in rock n roll. Their life is like a film. And now it could be one…

Speak to them and the whole history of pop culture pours out – from following the Beatles on their 1964 UK tour, to seeing the Stooges and the Doors debut New York shows, to bringing Frank Sidebottom in for his only US gig, to touring for 20 years with the Ramones.
Brilliant stories and brilliant people – their life story is the story of rock n roll and also a beautiful love story which will make a brilliant film that is planned now

The kickstarter for the film is here

On their first date they went to a little known, down and dirty music venue on the Bowery with the letters “CBGB'” printed on the awning. On the stage inside, four dudes with black leather jackets played three-chord melodies at 200 mph. Standing amongst just a handful of people, they fell in love with this band and, by way of a spiritual-musical menage-a-trois, with each other.

The band was, of course, the now legendary Ramones, the most influential punk rock band of all time, and the couple, Dennis and Lois.

The following week Dennis and Lois got into a beat up station wagon and traveled hundreds of miles to go see the Ramones play at a pizzeria in Pittsburgh. Joey Ramone was so freaked out to see them there in the sparse crowd, that he said over the microphone, “Wow…no one has ever gone more than three blocks to see us.”

This was the moment Dennis and Lois became accepted as part of the Ramones inner circle, and the start of a 40-year journey that would become the stuff of legend. Many more bands and thousands of sleepless miles later, Dennis and Lois have come to epitomize the punk rock ethos.

The Happy Mondays would immortalize them in song. SPIN Magazine published a comic strip celebrating their “Rocking War Stories.” They’ve been to over 10,000 gigs and now into their sixties continue to serially attend shows, sometimes spanning the globe and spending every last dollar they have just to be in the house at certain concerts they deem important to a favorite artist.

Some would call them fans, some might call them “super fans,” but to their friends, a veritable who’s who of the most significant and iconic punk and indie rock performers of the last four decades, they are simply known as ‘Dennis and Lois’ the coolest couple around.ey John! Below is the info for the Dennis and Lois campaign that officially started today. It would be so awesome if you can share the link on your social media channels man and help bring these two legends to the big screen. I have links you could share and of course you could write your own stuff on there.