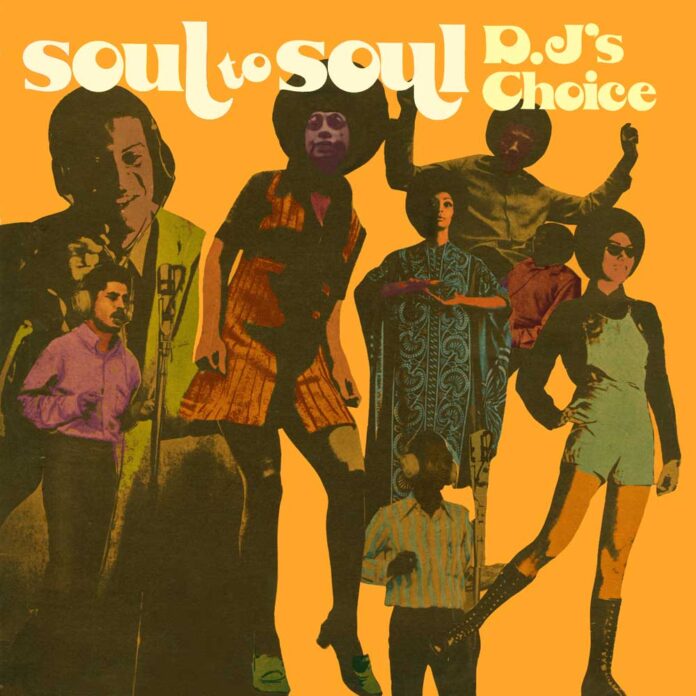 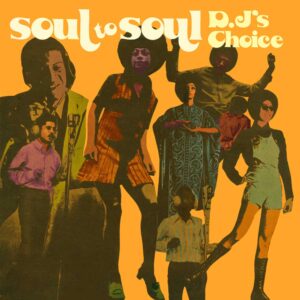 Toasting legend Dennis Alcapone goes head to head with his chum Lizzy on a reissue of the much sought after 1973 album, which comes with all of the other work the pair completed for Duke Reid’s Treasure Isle. Also included are some reworkings of the instrumental backing tracks used. Ian Canty opts in…

The sleeve note to this reissue ensues with Dennis “Alcapone” Smith making the salient point that Jamaican DJ talkover records were a crucial element in the development of hip hop. But more than that, they captured the atmosphere and excitement of the dancehall in something you could play at home. First crystallising out of the dances, when the MC would whip up the audience over the recorded material, the latter part of the ska era saw the first toasting records released. Rocksteady’s rhythms were perfect for the style and were stripped back and utilised widely (Soul To Soul is a case in point), but DJ records it really made it big at the time of original reggae.

Which is where apprentice welder Dennis Smith, from Clarendon, comes in. He began DJing on his own El Paso sound system in the late 1960s, inspired by pioneers like King Stitt, Count Machuki and Sir Lord Comic. He was soon spotted by producer Keith Hudson and he cut his first discs under Hudson’s auspices, before moving to Studio One. This is where he started using the Alcapone name, gained when Dennis impersonated actor Rod Steiger to friends after viewing the 1959 film on the famous hoodlum.

During the early 1970s Alcapone was firmly challenging U Roy status as the top DJ in Jamaica. The magazine Swing in 1972 named him as the best DJ in the country and in 1973 he recorded Soul To Soul: D.J’s Choice with his good pal Delroy “Lizzy” Petgrave. The selection was cut with Duke Reid’s Treasure Isle set up and also featured Jungle Skank by unknown Natural Youth, who may or may not have been Dennis Alcapone or Lizzy under a pseudonym. The Duke pressed those hardy rocksteady rhythms into service and engineer Byron Smith was on hand to oversee the work in Reid’s absence.

Soul To Soul starts with the wonderful languid skank of the title track by Alcapone, where he set his case for being the top toaster on the isle in his familiar and hugely enjoyable shout and sing-speak style. He follows this up with the jumping beat of The Funky Tang, a really solid dance groove and Picture On The Wall, where Phyllis Dillon’s original is cut right down to drum and bass. Lizzy gets in on the act on Cry Tough, as the DJs spar excellently over Alton Ellis’ rocksteady classic.

Natural Youth’s moment comes next, riding the rhythm on Jungle Skank in a suspiciously similar fashion to the two better known artists on this disc, before Lizzy on his own ebulliently voices Tricks Of The Trade on top of John Holt’s I See Your Face. Wake Up Jamaica, working with Joya Landis’ Moonlight Lover, finds Dennis on top form bouncing off the original vocal and Lizzy’s Love Is A Treasure matches him with a toast cut over Freddie McKay’s original.

The pair then team up again for Ba Ba Ri Ba Skank and The Right Song (over The Paragons’ The Same Song), a couple of great dance tunes given a cool refit, with Alcapone brings the curtain down solo with two cuts Engine Engine Number Nine and The Wedding Song. The latter is a comic marriage ceremony set over a jazzy version of The Carpenters’ Close To You! These 12 tracks make up a really satisfying selection of two DJs on a hot run of form.

Next come a set of eleven numbers which collate the rest of Dennis and Lizzy’s work at Treasure Isle, beginning with Alcapone’s massive hit single Tell The Children. John Holt’s Sister Big Stuff provides the source material here and Nora Dean’s Barbwire does the same on Den’s Mosquito 1, where he spins his words against that wonderful keyboard sound. He starts Number One Station with a classic DJ voice-only exaltation and The Techniques’ Love Is Not A Gamble provides the jumping off point for Alcapone to joust ably with the vocal group’s voices and the beat.

He then toasts exuberantly on Hopeton Lewis’ soulful Judgement Day and Out The Light Baby comes with a none-more steady rhythm and vibrant horns. Lizzy then ventures centre stage with What A Lala, a neat combo of anti-rude boy tunes given some primitive dub moves and Scrubit, a echo-laden DJ shouter which utilises the same source material including Cry Tough again. Alcapone is back to voice the cool bragging of My Voice Is Insured For $1/2 Million and a lithe Musical Alphabet, before the duo come together for one more time on the laidback shuffle of The Great Woggle.

Finally we arrive at five instrumental versions of the tunes used in the DJ cuts, by Tommy McCook & The All Stars, keyboardist Earl Lindo & The Soul Syndicate and The Now Generation. It is great to hear the craft of the musicians used by Treasure Isle here, as always. The sensitive brass on Buttercup Version is charming and Tommy McCook’s tenor sax does wonders on Buck And Preacher Version. Earl Lindo’s soul keys are magically deployed on Version Day and the last offering Musical Alphabet Version is exotically intoxicating, with some of the original toast present and chilled drop out to drum and bass.

There can’t be much doubt that Dennis Alcapone was at the top of the tree when it came to DJs at the time of Soul To Soul: D.J’s Choice and the on-record chemistry with Lizzy reflected the friendship of the pair well. This reissue has some good bonuses apart from the LP itself and the sleeve note gives us a fair amount of information about the performers. As far as bring the reggae party to your house, you can’t do much better than Soul To Soul. Two great DJs and those indestructible Treasure Isle grooves make for the ideal combination – hold on though, because things will get wild.