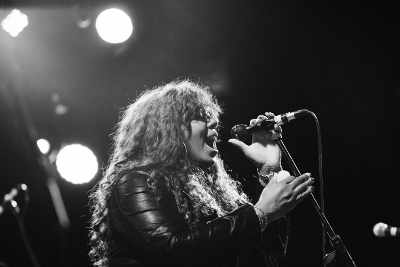 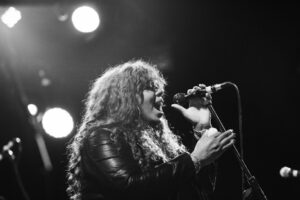 We are heartbroken to hear that the much loved Manchester singer, Denise Johnson has died. With her gospel roots and her stunning voice she was in much demand over the years singing for many Manchester bands and for Primal Scream. She had just finished recording her solo album.

Her friend Sue Langford says…
The singer Denise Johnson has died suddenly at home in Manchester.
Denise had been ill in the week prior to her death but told friends she was “much better” on Friday. The cause of death is not yet known, although she was discovered, holding her inhaler, on Monday morning.
Best known for her work with Primal Scream on their 90s albums Screamadelica and Give Out But Don’t Give Up, Denise had sung with Manchester band A Certain Ratio for over 25 years, and provided guest vocals for New Order, Gay Dad, Electronic and Bernard Butler, to name a few. She would also want it recorded that she was a Manchester City supporter.
More recently, she’d been performing acoustic sets with guitarist Thomas Twemlow, featuring covers of great Mancunian songs by artists such as Cherry Ghost, 10CC and New Order. They opened their Bluedot 2019 set with The Carpenters ‘Calling Occupants of Interplanetary Craft’ – an appropriate choice for a gig in the shadows of Jodrell Bank’s Lovell Telescope. An album, titled Where Does It Go, is due out in September.