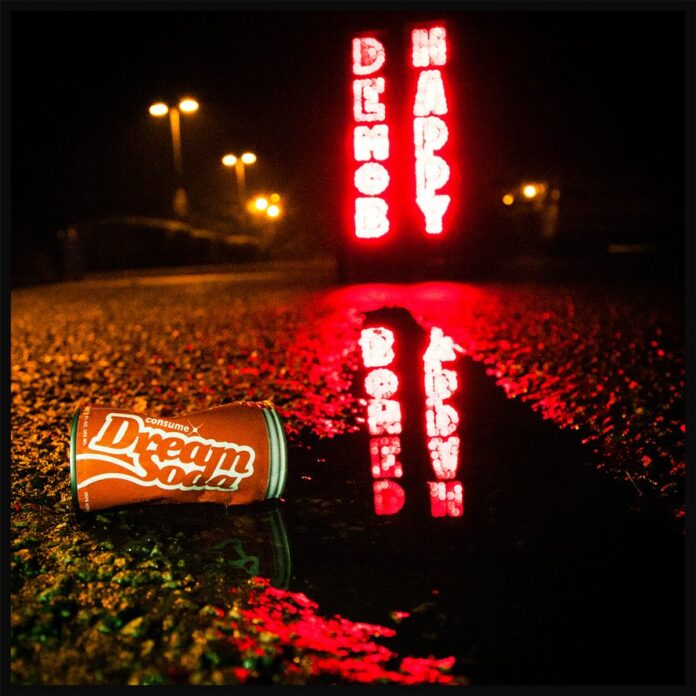 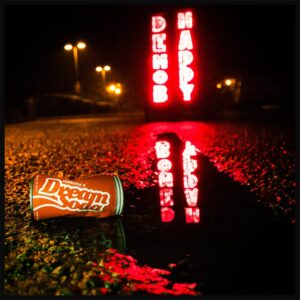 With a clear mission to fight back against the mediocrity of the beige music scene and political complacency, Demob Happy produce an intriguing debut record.

A band that has a pretty varied history, Demob Happy started in Newcastle then moved to Brighton and they’ve been constantly on tour for a while now. They’ve had their gear confiscated by the noise police, and have been touted as the next big thing with so much promise and following a slew of incendiary tracks. They’re finally ready to unleash their debut Dream Soda, on the unsuspecting British public.

As the band has confessed themselves they’re here to wage war on the beige bland music scene and political complacency, with various targets in their sights not least David Cameron and Ed Sheeran. The band is sick of the daily force fed mediocrity of musicians not wanting to offend. Instead they dream big and sack off the traditional feelings and emotions, seeking an altogether different landscape.

Delving into Dream Soda, its clear they wear their influences on their sleeves, with distinctive blasts of Nirvana and Queens of the Stone Age immediately evident. With their crunching guitars and pounding drums being a staple of the record, there’s very little tenderness involved early on as they set about this monolithic aural assault.

However, Man You’re Wrong provides a rare pause from their angst filled riffs, and sees them in a much more relaxed mood with its dream like feel and its classic rock style solo guitar. From the brilliantly hazy and laidback to something altogether different, drifting from the sickly sweet to the heavy end of grunge. It’s just another twist in this increasingly intriguing album.

Dream Soda benefits from a veritable smorgasbord of influences thrown into the melting pot; despite its proprietary routes in Grunge there are little nuances from the whole spectrum which allowes Demob Happy to avoid the dreaded copycat tag, as they flit between a multitude of sounds as they amply demonstrate in the title track Dream Soda.

As far as debut records go Dream Soda is up there, whilst Wolf Alice and the like are romping away with much of the plaudits right now. Demob Happy have been holding this monster and once it is unleashed expect there to be an uprising, as this monolithic beast moves into action in the war against the boring music scene.

Demob Happy can be found online here demob-happy.com. They’re is also on Facebook and tweet as @DemobHappy.