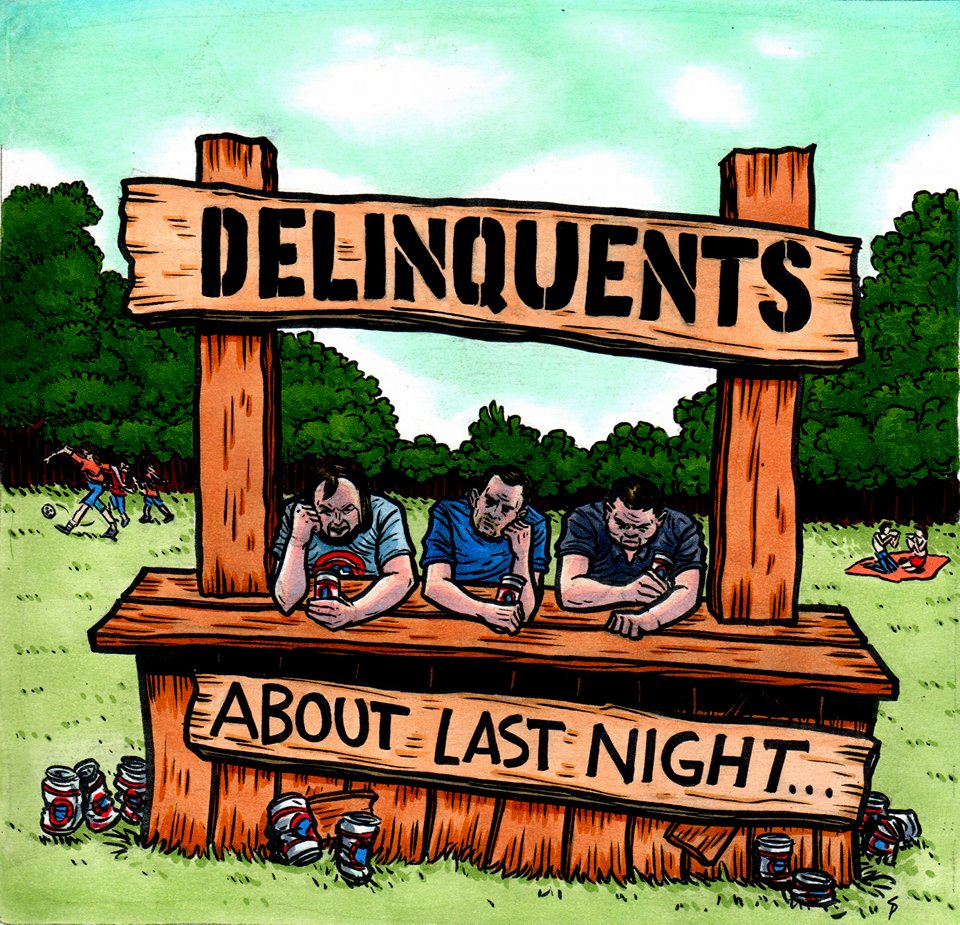 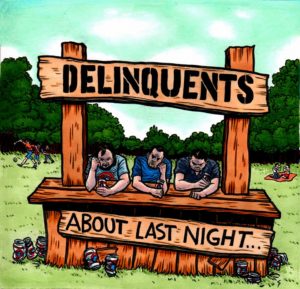 One of the 47 bands (!) playing the ‘Rebellion Introducing Stage’ this year, Ged Babey introduces young hopefuls from Dundee… Delinquents.

In the olden days a measure of a punk bands ‘success’ was getting a Peel Session. These days it is getting a slot at Rebellion.

Apart from the big-name line-up this year there is the Introducing… Stage (again) where new bands get their chance. Enter, stage right,  a very excitable Delinquents.(no The) – and yes, there are probably a few bands of that name….

These Delinquents are a three piece from Dundee. All male, early twenties. This is their debut album after making a nuisance of themselves locally for  a few years.

What they lack in boy-band looks, they make up for in attitude and persistence (you can stop bombarding LTW writers with emails now!). They are a bit of a generic-sounding Pop-Punk-USA influenced band and Next Generation with its stipulation/nation rhymes can deservedly be called a ‘Green Day rip-off’. But they can write a good tune and crank it out with conviction when they want to.

Singer/guitarist Dave Henessey has a distinctive, if slightly whiney bellow of a voice and his lyrics are a bit scattershot and clichéd at times;  that said  ( I hate) Valentines (Day) is a catchy piece of pop-punk angst which calls for a boycott as he unconvincingly insists ‘I’m not bitter’…. seven times.

Acne is a song of self-loathing, Not Your Problem is a piece of hardcore Lite which is over in less than a minute and Keep On Chokin’ actually sounds a bit like the Smiths music-wise.

Their songs of teenage kicks and knock-backs are simple, self-explanatory and well-played, but I can see them maturing into a Foo Fighters style Alt- rock band as Deliquents are more Rock School than Reform School.

Never Gonna Fit In  is them as their best.  Nice, chunky guitar, a bit of a Skids/Manics feel makes for a perfect outsider anthem for the teen-rebel.

The ‘fans favourite’ on the album and mine initially, is the sing-along-a-Delinquents future classic, the Fuck You Song.

Fuck. You. And Everyone to do with you. Fuck you and all your views.

Swearing and punk rock electric guitar.  Forty years on from 1977 and some things never change and can’t be beat.

A few weeks back I would have probably slated this album …. but having seen Skurvi again live… (Here we go again, mouth to the front. Whatchoo talking about you cunt! ) …and listening to five CD’s worth of the Lurkers  (Self-destruct! Gonna get Fucked! )  I am back in the mood for simple punk pleasures -which is exactly what you get with Delinquents.

Catch them at Rebellion and get hold of a copy of the album.  It’s nothing earth-shatteringly new and ground-breaking, but these juvenile delinquents are more fun than they look on the album artwork!

And here are my personal recommendations for Rebellion 2017  – a cut out and keep guide.  (Ged Babey)