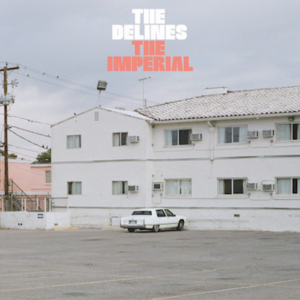 What becomes of the broken-hearted? If they’re lucky they end up being immortalised in the stories of Willy Vlautin, America’s poet laureate of the lost and lonely, the desperate and dispossessed, the broken and the broke – and the songs of The Delines.

There are few writers who can tug at the heartstrings more effectively than Vlautin, whether it’s in acclaimed novels like Lean On Pete and The Motel Life, or over the course of a dozen albums with his band Richmond Fontaine; or through the voice of his latest muse Amy Boone with The Delines.

Typically for such a modest man, whose humility and empathy shine through everything he does, he’s content to take a back seat in his new vehicle: playing guitar, composing tunes and, most notably, creating the stories for Boone to sing. In her he’s found the perfect foil for his stories: a woman whose world-weary country croon is the soulful stuff of heartbreak and heartache. Match it to some loping rhythms, pour over some vintage soul horns and some sad steel guitar, and you have a richly evocative Sixties-influenced sound that, when matched to Vlautin’s vignettes of life on the margins, can reduce the listener to tears.

As ever, hi subjects are people struggling to survive: eking out an existence in the face of adversity and cruel twists of fate: wives whose husbands lost their job and went off on a bender, never to return; men who went off to war to fight for their country and found abandonment and rejection when they returned. Vlautin’s sharply drawn characters are instantly recognisable: people whose livelihood has been stripped away by a society driven by profit; dysfunctional families living hand-to-mouth in cheap motels like the ironically named fleapit of the title.

For them the American Dream has become a nightmare. But they always maintain their dignity.

You might be tempted to see it as a portrait of Trump’s America – and it can certainly be read that way – but these are the same people John Steinbeck wrote about a century ago, and Raymond Carver a generation later. They’ve always been there – hidden behind the billboards for Marlboro and McDonalds, Pepsi and Ford. The dream was always a myth.

It’s taken four years for The Delines to follow their acclaimed debut Colfax and the reason why is, itself, like an episode from one of Vlautin’s stories. Following a successful US tour and the recording of most songs in Portland, Boone was seriously injured in a devastating accident in her hometown of Austin, Texas. Run down on the pavement in a car park (how’s that for bad luck?), she spent the next three years in recovery from two broken legs, her spirits sustained throughout long and painful rehab by the knowledge that most of the album was already in the can.

“It’s been a slow, hard recovery for Amy,” says Vlautin. “We were all just devastated when Amy got hit and it’s amazing how tough she is. It took us a long time, but The Imperial is finally done and the Delines get to be a band again.” She required nine surgeries, painful skin grafts and had to learn how to walk all over again (she now uses a cane crafted by a bandmate), and could not fly back to Portland for two more years to finish the album. “I was still pretty messed up from getting hit,” Boone recalls. “The outside world seemed like one big, dangerous obstacle course. Every step of the way I had to talk myself down from panic attacks. I remember when Willy and [drummer] Sean Oldham picked me up, I suggested I’d be better off in the back seat with a blindfold and a cigarette.”

Picking up where Colfax left off, The Imperial features Boone – co-founder of Austin sister act The Damnations, aka Damnations TX – evoking a beat-up Dusty Springfield or a weary Rickie Lee Jones on ten tracks penned by Vlautin. They’re typical stories of survival, of people for whom every day is a struggle, but for whom there is always hope, even for the hopeless. Holly The Hustle relates the harrowing tale of a girl who grows up to join the lowdown life, while in the horn-drenched Where Are You Sonny? a woman searches for her missing boyfriend, while the title song tells the story of a long-ago-split couple who meet again years later, following the husband’s release from prison.

Equally adept at sounding broken-hearted and optimistic, weary and resilient, Boone conveys Vlautin’s sensitively drawn characters in a voice that has undertones of Bobbie Gentry in the country-soul ballad tradition. It’s the voice Vlautin fell in love with when he first heard it during a tour Richmond Fontaine did with The Damnations. In The Delines it finds its perfect expression; and in Boone’s recovery, there’s the same resolve in the fact of adversity demonstrated by the characters in Vlautin’s songs and stories.

A listen to The Imperial soon shows it’s been well worth the wait.

The Delines are touring the UK and Ireland in January and February. You can find the dates here and more at their website and on Facebook and on Twitter as @TheDelines.