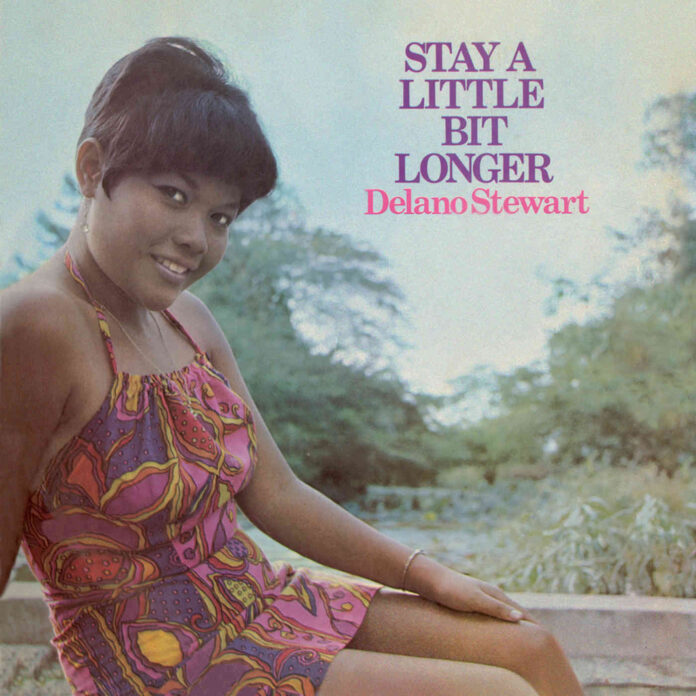 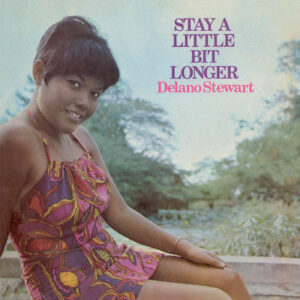 Re-release of ex-Gaylads singer Delano Stewart’s 1970 album, plus all of his other recordings for Sonia Pottinger. This set also includes the unissued Doctor No Go compilation album of Pottinger productions 1968-70…LTW’s Ian Canty decides to linger for a while…

When Winston “Delano” Stewart decided to leave vocal trio the Gaylads in 1968 for a solo career, he already had quite a body of work behind him. He began with his band The Rhythm Aces, before joining up with Harris B.B. Seaton as the duo Winston and Bibby in very early 1960s. The pair joined with Maurice Roberts not long afterwards to comprise the first Gaylads line up. Their early successes came with Coxsone Dodd at Studio One and included hits Stop Making Love and Lady With The Red Dress On, cut during the rocksteady era. Now one of Jamaica’s premier vocal groups, they then moved across to Sonia Pottinger’s production auspices. Delano had recorded a few solo offerings since the early 1960s, but it was the move to Pottinger hastened his departure from the Gaylads and the beginning of his own career in earnest.

Stewart’s first record for Sonia was the Tell Me Baby/That’s Life single on High Note (released in the UK on Doctor Bird), which was issued in 1968. A effortlessly cool late period rocksteady recording, it was a success in Jamaica and gave Delano a perfect start. His relaxed vocal style didn’t preclude a healthy helping of soul, which added to Sonia’s always tasteful mixes, resulted in some top quality recordings. He always sounded totally comfortable, with his controlled but easy-going voice owning each tune. When later allied to the rougher boss/skinhead reggae rhythms, his style worked a treat.

Delano Stewart’s sole album, 1970’s Stay A Little Bit Longer, was unsurprisingly a assortment of previously released single tracks, something that was of course the norm in Jamaican music at the time. Not long after the album emerged, he left for America to make a new life for himself, which meant the LP represented the end of an era. Sad really, because on examining the album and associated tracks that make up the first 16 offerings of this set, he certainly seemed to have plenty left in the tank.

Beginning with the title track and one of Stewart’s self-penned biggies Stay A Little Longer, this song was also covered by UB40 much later on, but this is the definitive cut. Hallelujah demonstrate Delano’s strengths niftily – his voice rides the rhythm with a carefree élan, rendering the tune ripe for the dance or just to listen to. Sonia drops a few early dub moves on his cover of Marvin Gaye’s Wherever I Lay My Hat (years before Paul Young got his mitts on it!) and original Got To Come Back features Stewart’s soaring vocals set to a jumping dance groove.

He uses the soul that was always well in evidence in his voice to good effect on early hit Rocking Sensation, but he takes a backseat on Give Me A Chance, with former ska sensation Patsy Dodd masterfully doing the honours. Of the four tracks Delano cut that didn’t eventually show up on the LP, Win Your Love has a great rhythm and the instrumental cut of Don’t Believe Him utilises echo and piano and shows what industry was at work in a quality Sonia Pottinger mix.

With Delano’s output for Sonia P only adding up to 16 tracks, the remainder of disc one and the entire second disc strays from the Delano connection and just focuses on Sonia Pottinger’s other productions from 1969-70. The second half of disc one is the rare Doctor No Go album, which featured many of Sonia Pottinger’s star names among the 14 tunes. For some reason this LP was never released at the time, but it is a solid enough collection of very danceable original reggae.

The toasting title track, credited to the crack backing outfit The Hippy Boys (who also performed as The Upsetters), gets thing started well and Delroy Wilson’s languid skank Your Number One is coolly bathed in echo with a swinging rhythm. He also shines on I’ve Tried My Best later on the LP. The Conquerors’ Nation Dish has a stop-start beat which is addictive and the bright, touching vocal of Naomi (Phillips) on You’re Not My Kind results in pure aural joy.

Skatalite Roland Alphonso lets his jazzy tenor saxophone float exquisitely on Stick, but the two part Maricia Griffiths’ record Toil is the true gem of the latter part of this disc. A skipping beat and urgent organ provide the ideal landscape for Marcia’s wonderfully soulful vocal, a brilliant performance with an original sound.

Disc two features more recordings from the High Note and Gayfeet archive from the period 1969/70. One of the good things about Pottinger’s productions is that she still recorded mento and calypso-flavoured tunes, which other producers tended to ignore in favour of all-out reggae which was the “in” sound. These two older styles, along with r&b, were the building blocks for modern Jamaican music and it is great to hear them alongside the cutting-edge reggae offerings.

Ensuing with a patois conversation, Busty Brown’s Man Short (Ten To One) is true modern mento and very enjoyable and Nora Dean, better know for her Barbwire hit, furnishes us with the busy and exotically rhythmic The Valet which hits the spot too. Tapping into this format helps give the set some real variety. In a more standard reggae mode but still fine enough is The Hippy Boys’ Chicken Lickin, another impressive DJ talkover/toast number and Cherie Part II by the Gaytones is an organ instrumental just right for some heady moonstomping.

Dave Barker is in typically whole-hearted voice on She Want It and the little-known female vocal group The First Generation come up trumps with the delightful sound of When, where Sonia P takes the writing credit. They also show up well on the pure soul of Give Him Up, but don’t seem to have recorded much else. Something which on hearing these excellent pairof tunes is a damn shame. Charlie Ace provides a very cool DJ cut Creation Version and the set concludes with a comedy chat skank entitled Landlord by Bim & Bam. There’s a wealth of skin instrumental stompers, great vocal group sounds and fine dance tunes spread throughout this disc.

Delano Stewart’s solo career was pretty short in duration and certainly the 16 songs he cut for Sonia Pottinger isn’t that much to build a 2CD set around. He did make a few other recordings over the years, but the material he cut during 1968-70 found him at his best. The easy-going, soulful style he employed left me for one wanting more. That the set is beefed up by more of Sonia’s productions may represent a slender-ish link, but it is a logical and ultimately pleasing one. The standard of her work at the time and the roster she could call on means it would be pretty churlish to find fault, certainly in terms of quality.

I for one am not about to quibble about their inclusion, because as ever with SP productions the quality control is high and there’s tonnes of great sounds to explore. Delano certainly turned up enough pearls in his brief solo showings to warrant reissue and the other 46 tracks display Sonia Pottinger and her retinue of top quality artists at the top of their game. You couldn’t wish for more driving rhythms, great songs and fine performances from an original reggae compilation. It really doesn’t get too much better than Stay A Little Bit Longer, with Delano’s album and the Dr No Go compilation being highly desirable sounds and the other material included on disc two often matching the top quality of those two LPs.