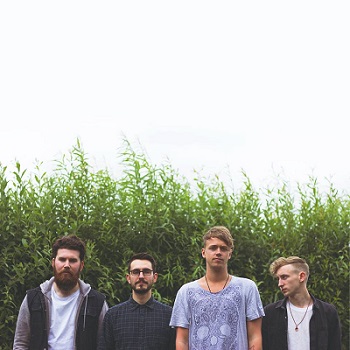 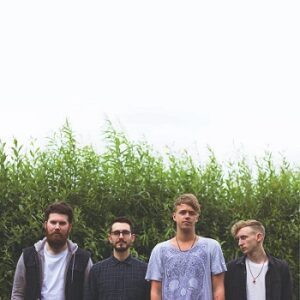 Dave Beech reviews the new single by Delamere, the North Staffs, Manchester based, indie band oft to be found touring with the likes of Louder Than War favourites PEACE, Palma Violets and Wolf Alice.

I reserve a certain kind of smugness for seeing bands I’ve championed in the past do well for themselves. Not because I’m a self-congratulatory twat who thrives on the satisfaction of being right, but because it proves that I do in fact have an ear for this sort of thing and I’m not just wasting my time. One such band are Stoke’s Delamere, an act who over the course of the last 12 months have evolved and expanded on a sound which was nothing short of infectious to begin with.

‘Headstrong’ is the band’s second single to be released on Scruff of the Neck Records, a label based out of Delamere’s adopted home of Manchester, and like preceding single ‘Do You Want Me?’, it comes from a more electronically driven place when compared to much earlier tracks. Indeed, whilst ‘Do You Want Me?’ flirted with an understated synth, ‘Headstrong’ relishes in it and as such it feels like the fully-realised sound the band have been teasing us with.

That doesn’t mean to say, however, that the band have left behind the moody and atmospheric indie altogether, ‘Headstrong’ still features the familiar rumbling bass, picked guitar and frenetic percussion that made their earlier tracks so appealing, whilst singer James Fitchford’s vocals are stronger than ever.

Though a few months have gone by since the release of ‘Do You Want Me?’, it seems in that time the momentum behind Delamere has increased ten-fold, and with the release of ‘Headstrong’ it’s only going to continue. With a loyal fan-base regularly making the journey North from Stoke, coupled with a burgeoning legion of fans already established in Manchester, it’s easy to see Delamere really making a name for themselves going in to 2015 and beyond.