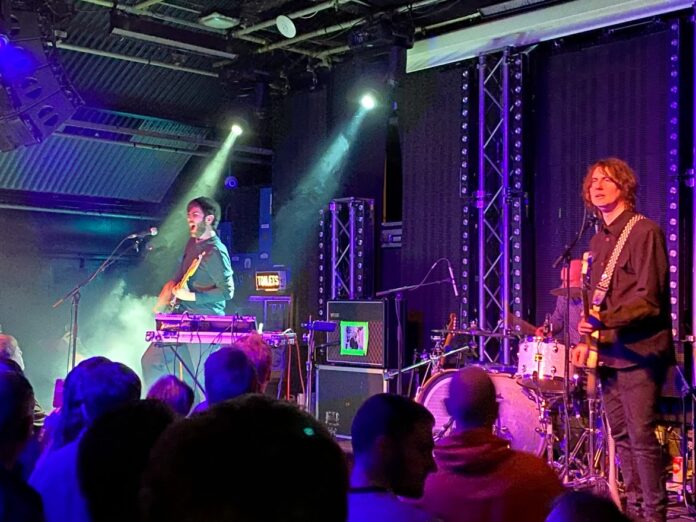 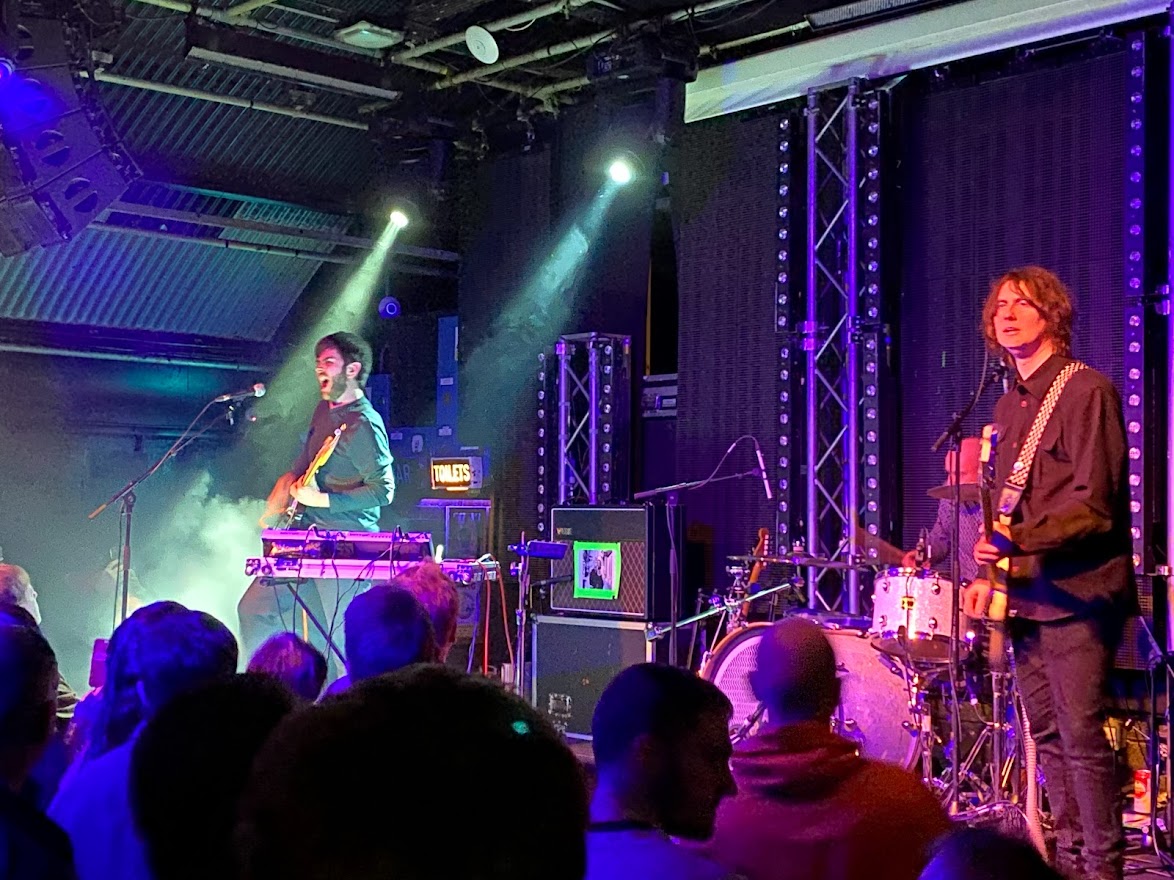 Déjà Vega have returned to their spiritual home after some unfortunate cancellations that has frustrated the hungry cult following (bar the Concert For John late last year) and they’re back with a LTW Album Of The Week under their belts with Personal Hell and a cracking support band tagging along to share the glory of their biggest gig to date. Wayne AF Carey witnesses the future sound of speed…

There’s a deluge of music fans tonight wandering the fair streets of Manchester with the amount of gigs happening this weekend, yet the gathering of minds are here to witness the start of something big that’s been bubbling under for years waiting for that fuckin’ kettle to boil to 100 degrees. Welcome to the recently revitalised Gorilla, rescued by a consortium of music lovers who would not lie down when the dark times of venue closures were looming under the Eton goons that unbelievably still run (fuck off) our country, doing Dad dances at their garden parties / works dos to Ed Sheeran and crying into their red wine swaying along to the cringeable Adele. Well fuck you all because we’re back in the form of two great bands who are here to set alight the scene once more. 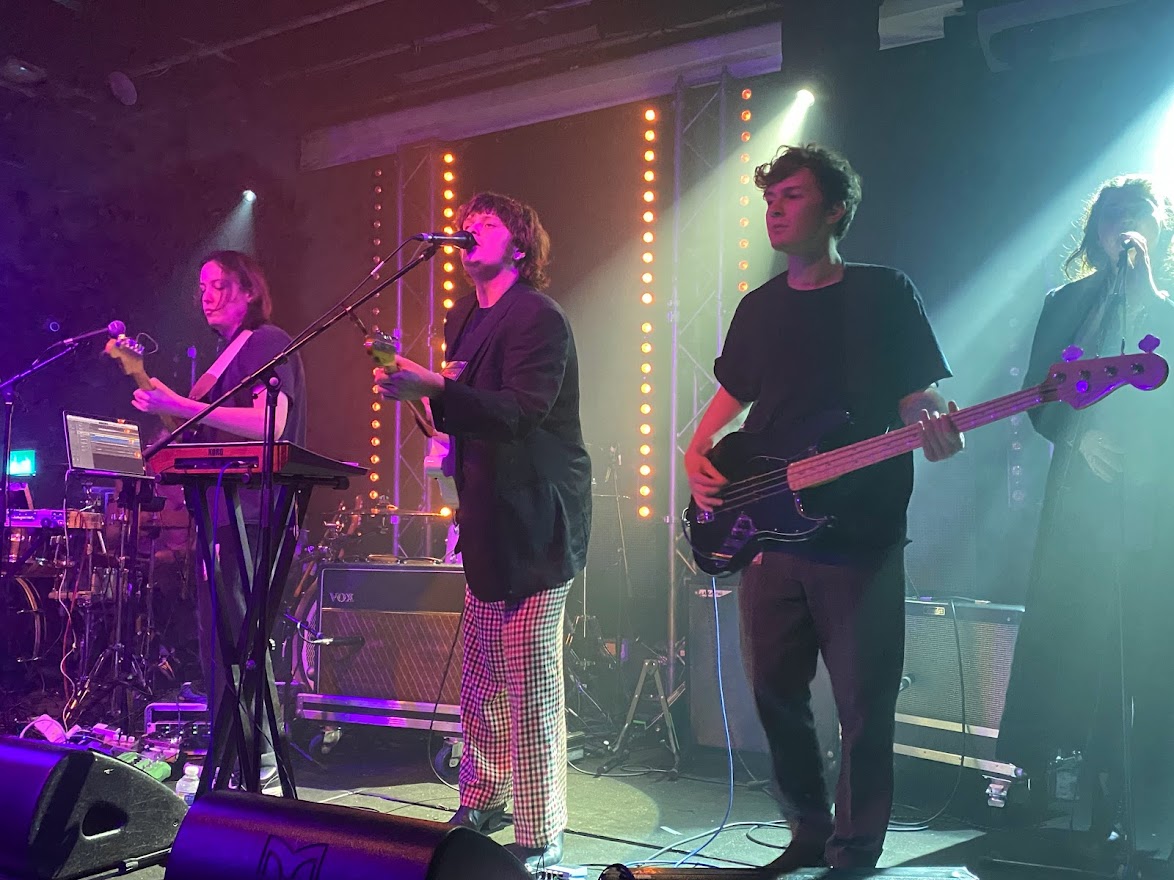 Judging from the faces I recognise from Northwich and a Kicked In The Teeth T-shirt wearer walking past I’m guessing The Zangwills have brought a bus load down from The Salty Dog, or failing that they’ve all fuckin’ hijacked a local train for a party night. This band have haunted me for a few years now to the point where a friend of their’s planted a seed in my tiny brain to “Check out The Zangwills!” many times after bumping into him at gigs in the ‘City Of Salt’. This is the first time I’ve caught them live and won’t be the last. A refreshing set of indie tunes that stand out from the mundane jangles of landfill bollocks and bring a smile to my face with their short but sweet set of numbers that include the brilliantly titled Lucifer Is Making Me Dance which the crowd love. Jake Vickers has a terrific voice and the band really gel with their make up of Sam, Ed, Adam and new edition Jess Lees, who harmonises with Jake to great effect. Horrors Of Sobriety is a stand out tune from their early back catalogue and the crowd at the front are loving every minute, singing along and partying like fuck. Another new tune The Feeling is aired and it’s a show of strength that this band are heading on the same trajectory as the excellent Dirty Laces. They have a knack of great song titles including the closer Judas On The Dancefloor and they leave the stage on a high with the crowd behaving like they’ve just witnessed the headline act! 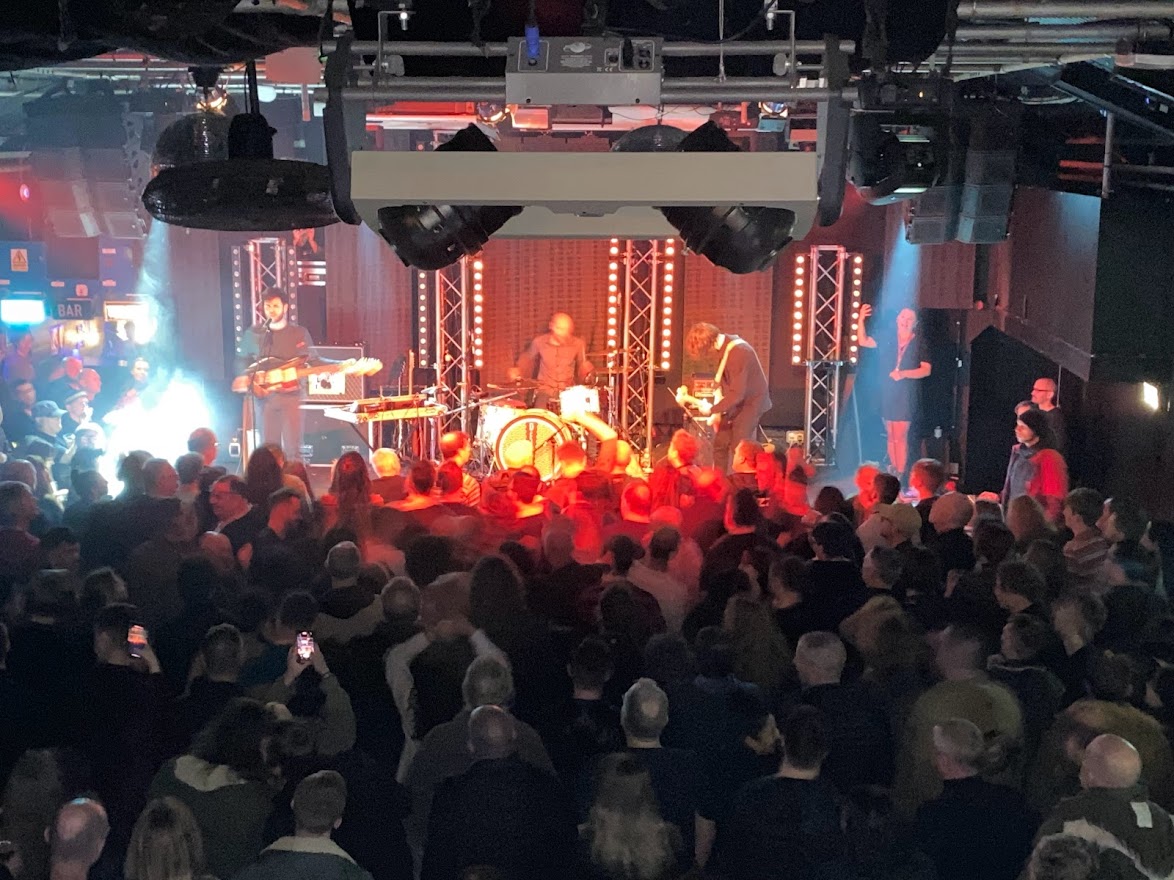 Déjà Vega are ready for the time of their life here and the venue is packed to the rafters with loads of familiar faces and people in the know who have listened to anyone who has witnessed them live before. These guys have worked hard to get to this point, starting their build playing all the tiny grass roots venues along the way under a different name, grafting like bastards to be heard with no hint of PR besides a brief flirt with the boss man John Robb back in the day as Deadbeat Echoes, who released their debut Surge Of Youth on Louder Than War Records. It’s a similar path to what Slow Readers Club did when they started as Omerta, did the graft, never gave up and look at them now. It’s happening to these three young lads from Winsford (plus honorary member Tom Dunn) as they have a power that sounds difficult to harness.

Jack is firing on all cylinders with opener It’s All Gone Wrong and I’m blasted in the face by this pure piece of psych garage noise that builds with every track. Tom Webster (drums) and Mike Newton (bass) complete this powerhouse of relentless fuckery and it gets better as the night unfolds. Mr Powder – bang. Spitting Gas – pow. Harmonia – thwok. Fuck off, I’m not watching Batman but you can feel the punch of the flow. Their ‘indie’ offering Chasing sounds as funky as ever then they go into the psych slow mo sounds of the excellent Slow N Steady which is a breathing space for the battering ram pace of the new album.

Before the gig, I spoke to Jack and said the only thing missing from this place at the moment is John Hall at the front with his partner Mark filming for the archives which will be gold dust if ever released. Well fuck me. There’s a picture of John and Mark sellotaped to Jacks amp in tribute which shows how much the band respected the uber fan. The night lights up with the added 808 addled Banshee and the stomping Catharsis which gets the crowd surfers on board. I’m still in awe of watching Jacks hands command his fretboard, the way his fingers are splayed across the strings like Stretch Armstrong, it’s stunning to watch.

I’m just going to leap forward here to closing track The Test which stretches to almost twenty minutes and is a joy to witness over and over again. Jack is glued to the guitar and has a few trips into crowd surfing mode to the panic of a few yet arrives safely back on stage to continue this freaky wigout of noise, with Tom hammering those drums and looking knackered after this intense set of brilliance. The best thing I notice about the whole night is the way the band smile at each other knowingly throughout the set. This is a whole unit that would never work without the bond of Fearon, Webster and Newton. As I’ve said before: the best live band around at the moment.