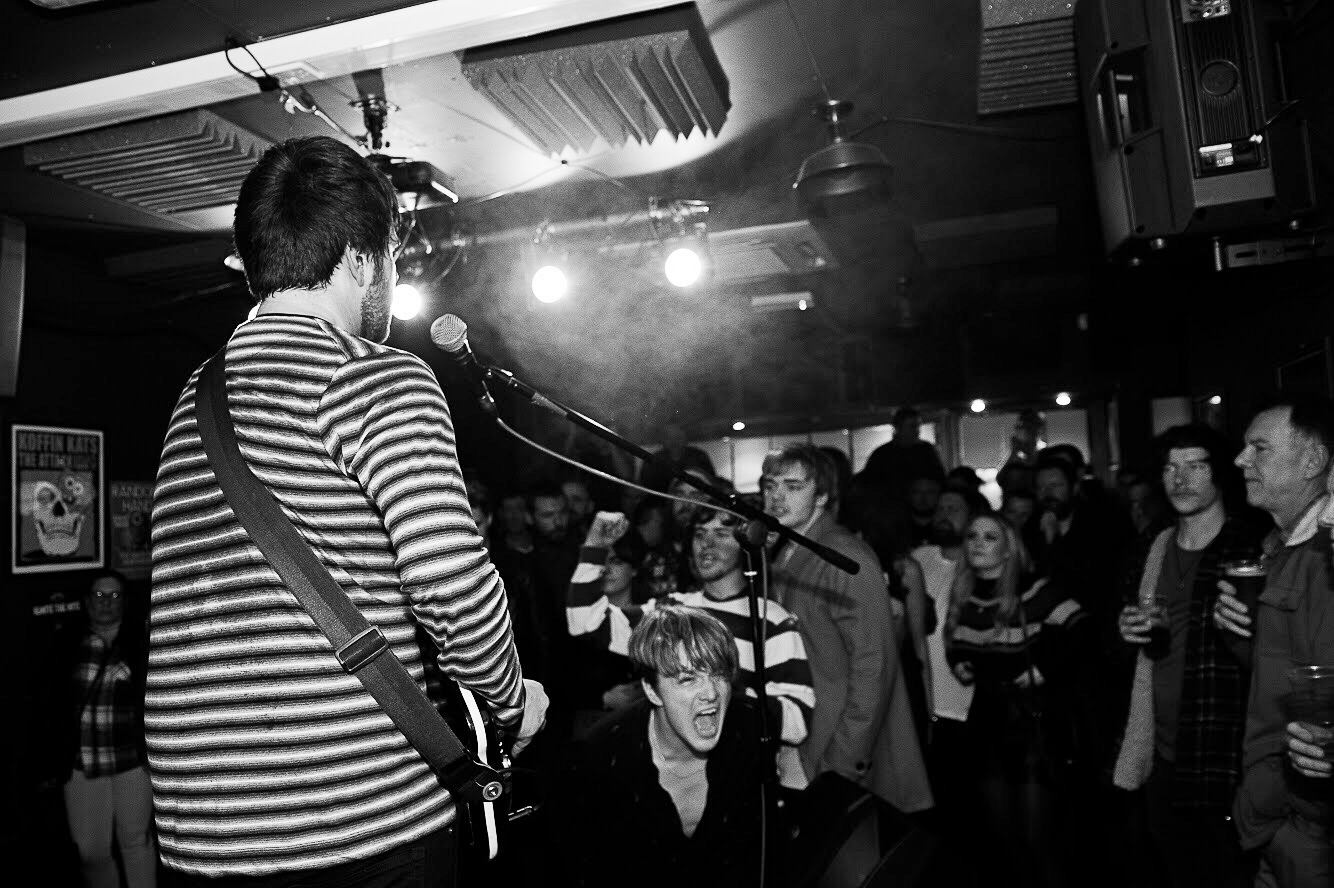 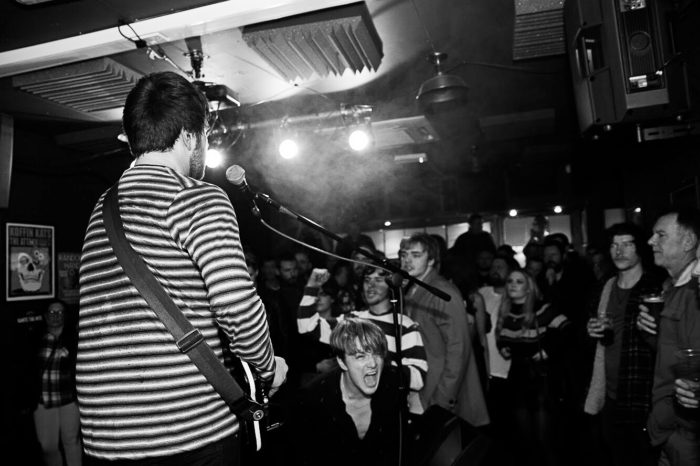 It’s my last gig of the year and what a way to go out in style. The Deja Vega boys have come to town to play a packed out set at one of my favourite new venues of the year, the 100 capacity Salty Dog which has grown in the credibility stakes as the place to play. There’s an excitement about this Winsford power trio and I tip them for great things in 2019.

I arrive early after a tip off that the place is going to be rammed for this early Christmas celebration. I wasn’t wrong! It must be three quarter full and counting when I get there, and the mood is of anticipation. Jack, Tom and Mike are on the verge of stepping up after two great singles this year, and more to come in the near future. They enter the stage to a hero’s welcome from their hardcore fan base and launch into the first number on fire with their mod punk psych dynamics that hit hard. One thing that hits me about this trio is the sheer power they produce. Jack wields his guitar like a rifle, Tom’s machine gun drumming can be immense at times, and Mike just gets better on that bass and seems a lot more confident than the shy bloke I met last in May when they exploded here last. They air all the favourites like Pentagrams, Mr Powder, Eyes Of Steel and the excellent new track Chasing which goes down a storm. Jack just cranks up the guitar noise and Mike is getting lost in that bass making me think his heads gonna fall off! There’s just something about these lot that are a cut above the rest. Jack reminds me of a young bearded David Gedge, the way he wields his guitar around like a maniac at times. They are not a mod band, they are not a psych band, they are not a punk band. They are their own hybrid of all sounds and are tight as fuck. They do a couple of new songs, and for the life of me I don’t know what they’re called. Give a fuck, they hit me with that freestyle jamming sound which The Pagans S.O.H do so well (they’re a completely different story….) but you know they get it right. A small area at the front are going nuts and Jack leaves the stage and joins in during the set closer which I think is The Test (I’ve had a few by now) and we get a sprawling mod psych mess of excellent white noise which hits the place like it should. More powerful, striding forward into 2019, these are gonna be a force to be reckoned with.