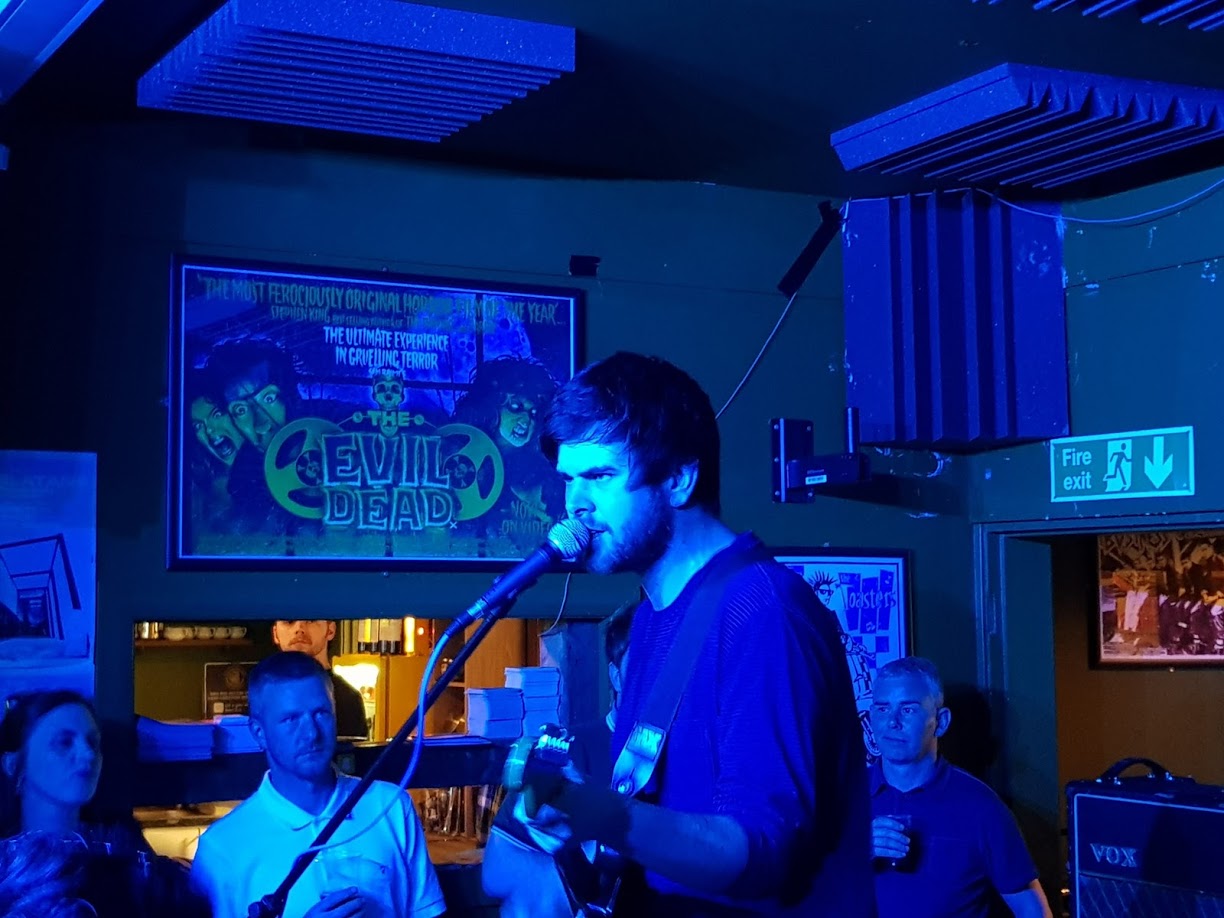 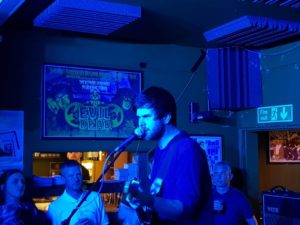 Deja Vega smash The Salty Dog with their incendiary post punk psychedelia on the opening night of Tim Burgess’s take over of their home town.

Tonight saw the opening band for this great idea by The Charlatans Tim Burgess with The Salty Dog packed to the rafters for local band (well from Winsford, next door) Deja Vega. The crowd are revved up straight away by opener Telephone Voice which roars into action with manic drums and bass and raucous vocals by front man Jack Fearon who knows how to run an audience from the offset. They are full of youth and energy and come across like a mod Drenge, in your face from the start. Second track Mr Powder is just as manic and this tiny venue benefits from the dynamics of these three young guys who can pack a punch. The new single Eyes Of Steel is a wonder live and Tom executes it with a masterful class of post punk frontmanship.

They slip in a new song which has a fucking cracking bassline and Webster and Newton remind me of the powerhouse of The Hanleys they are that tight. Precious One reminds me of an early angry Jam and sounds powerful in every way and they lord the stage like they’ve been doing this for years. Pentagrams does the trick with loads of mental feedback and tight consistency from the trio but the closing track The Test is a punk psychedelic masterpiece with a stunning bass drone reminiscent of My Bloody Valentine. This song clocks in at about eight minutes with Tom doing some trickery at front with the guitar pedals and prompting the rest of the band to follow suit. This is pure post punk rawness which should pull them into the big league quite easily.

Deja Vega need to be seen live to fully understand their dynamics and ability to pull off a stunning live set. They can stretch songs as far as possible without making them boring and have that dynamic stage presence most great bands can go the distance with. Definitely one to watch out for as they WILL join the league of great bands coming out of the North West.