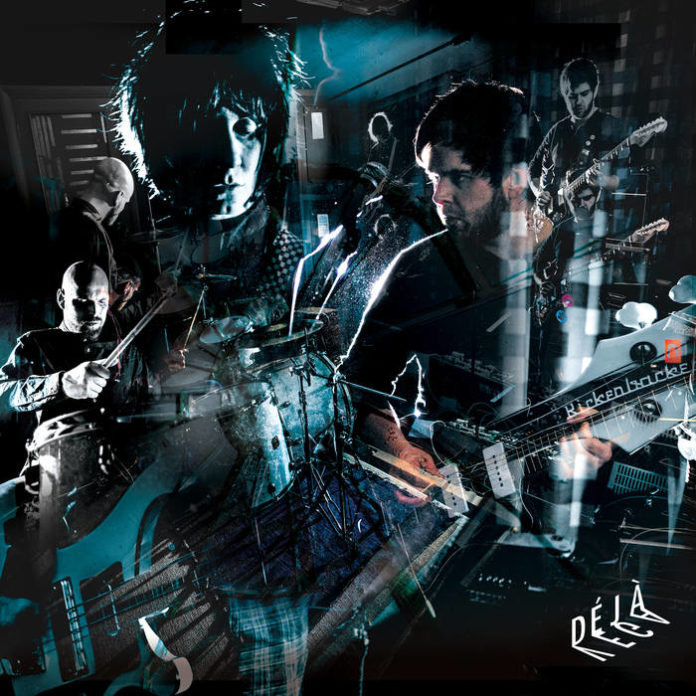 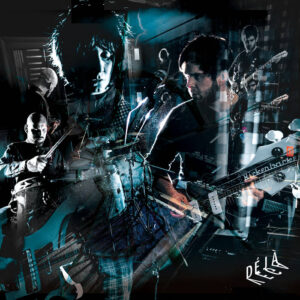 There are debut albums that come along once in a while that get you straight away. This is one of them. After touring hard and winning over sell out crowds up and down the country, including supports with The Wonder Stuff, all the while keeping low key on the underground, the Winsford based powerhouse are here to blow up the scene big time. Wayne AF Carey reviews a potential future classic…

This gem was released in October and for some reason has passed a lot of the music sites by. It’s actually a criminal offence not to write about it. Believe me, writers will be cursing in a years time that they missed out. I’ve been following the path of this brilliant band through the trilogy of singles all covered by LTW and I believe this release to be an important debut that everyone needs to hear due to the sheer power of the tunes.

The first three tunes are on fire as they meld right into each other with some great production and mixing involved. Telephone Voice is the best opening song on a album I’ve heard since… way back… It starts off at a canter with Jack’s vocals dragging you in. it builds, then gallops into a frenzy with the backbone of the band providing an intense rush to the head of searing psych krautrock punk. It’s that fuckin’ good.

Eyes of Steel is an early single which still sounds powerful today as it did when first released, another power anthem which rumbles with power right through. Mr Powder is electric, the third single in the trio, it vibrates with anger as Jack takes the piss out of an ex boss to the sound of razor sharp repetitive kraut rock.

Every time I hear next track Chasing I can’t get the image of The Moulton Crows out of my brain from the excellent video (watch here ) that is just over a year old. The funk comes out on this and is the closest tune on the album that falls into the indie bracket. It’s the tune Kasabian wish they had written. An infectious mix of funky drumming, clever bass, and Jack’s signature guitar sound which roars in like a T-rex three quarters though as he cranks it right up. It a power they can pull off easily.

Vor Gazen slows the pace down a bit. That rolling bass is fuckin’ excellent and this is psychedelia of high calibre. It’s like a modern take on sixties acid classics with those haunting vocals.

Friends In High Places and Pentagrams are early singles and live favourites and somehow slide right in with the new stuff easily. The sound of an angry young band honing their skills. It just clicks in and shows how clever their team are in the studio. It’s raw power at it’s peak, especially Pentagrams with it’s killer anthemic chorus.

The Ballad Of Alfred Hitchcock starts off with a weird little sample which echos into a wall of pysch noise. It’s got shades of early Elbow and Doves in their, however Deja Vega can’t be compared to anyone. They are just the masters of making powerful tunes. Does Jack actually realise he’s becoming a bit of a Kevin Shields with this sound?

Sound Of Speed is an apt title for this song as it’s travels like the speed of sound in energy and ambition. A masterclass in drone psych notched up to 25th gear. Some of the sounds Jack gets out of that guitar are immense in scope. As I’ve said in the past, it’s like a third arm!

Seeing Double gives us a little break from the power when it starts…. For about 30 fuckin’ seconds then lights the touch paper with that noise. Slower paced yet building all the time before it twats you in the face with a squall of controlled (??) white noise.

The album closer The Test has to be witnessed live. It’s a psych jam that could go on and on, a nod to My Bloody Valentine on this one. It just wigs out with sheer power and I can’t keep up with Tom’s relentless drumming, Mike’s rumbling bass line warlike, while Jack just wrenches that noise from the neck of his axe.

Like all great debuts this album starts with a classic, has no fillers, and ends with a psychedelic wig out. Sound familiar? Deja Vega I reckon have released something similar with this powerful debut, the vinyl sold out rapidly and hopefully will be re pressed. They’re probably one of the best live bands around at the moment. I’m even gonna go as far to say it’s probably one the best debut albums I’ve heard this year. You seriously need to hear it. Essential. Watch this space…..