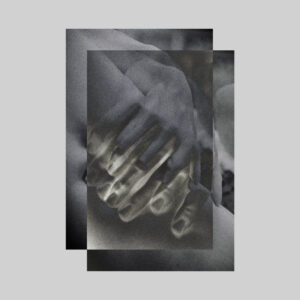 With ‘Cracks’ Yip Wong aka Deft set out to make a more narrative driven work. Using the creation process to help deal with grief, ‘Cracks’ abstract beatscapes create a new wordless language to help deal with that most rawest of human emotions. Simon Tucker reviews.

When an artist announces in a press release that their latest work is centered around the subject of  / dealing with grief  and explicitly states who the person that has gone was and their relation to the creator it can create a certain trepidation within a writer. What if the album is, in our opinion, poor? Who are we to criticise a work when it has obviously meant so much to the artist? Who the hell do we think we are telling someone that their album doesn’t resonate at all? Grief is so individualistic, so unique. There are no right and wrongs but we are.Here to listen to the musical end result of someone working through this very process. Yip Wong lays his internal workings out on the table for us on ‘Cracks’ and in doing so has created a wordless language that serves as a soft hand, guiding us through a landscape many of us keep locked away inside.

Grief is everywhere on ‘Cracks’ but that does not make it a downer album. In fact, there are many moments on here which offer shards of optimism and comfort. In fact, ‘Cracks’ beatscapes allow for a myriad of emotions to come flooding in with the skittering bass patterns on tracks such as Coil and Constant K keep the pulse of the album progressive and locked onto the future whilst the more introspective cuts such as Scope and the gorgeous In Passing (which contains a vocal record of Wong’s sister whose passing is the cause of the grief mentioned in the press release) offer a moment of solace and reflection.

With ‘Cracks’ Yip Wong has managed to create a work that feels intimate yet universal. A hushed tone hangs over the album but it never feels funereal or maudlin. ‘Cracks’ tells a story from its beginning to its very end and is one of those rare electronica records which feels like its creators initial concept has been delivered to perfection. An album that has the start-again-as-soon-as-you-finish-it quality. A quiet classic.