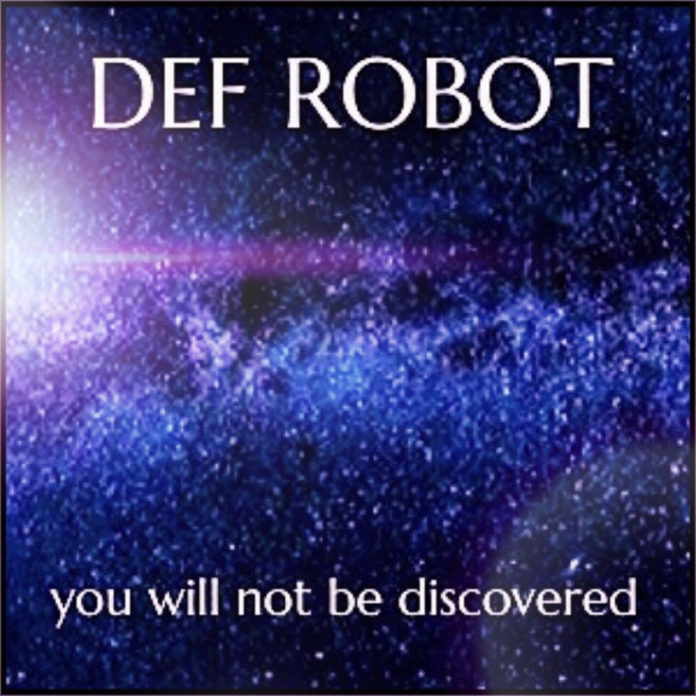 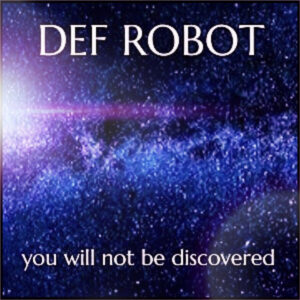 Def Robot: you will not be discovered (Bandcamp)

I don’t think about bands in terms of commercial potential generally… but if I’m honest I don’t normally listen to bands like Def Robot (alternative rock for want of a genre) – but once I discovered I did really like them, I can’t NOT think of them any other way, because this is catchy, commercial rock -like the stuff on the radio (stations like Absolute, Heart, Sam FM…that Mrs B have on in the car…) only far better!

Target readership: 40-somethings, those for whom Nirvana were the beginning and the pinnacle. The I Remember the 90’s demographic – Generation Box-Set-Reissue who haven’t bought any ‘new music’ for 20 years…. unless it’s Foo Fighters

The gist:  There is THIS BAND right, who are FUCKIN’ AMAZING.  They are new but sound like all the best bits of Therapy? The Manics, Pixies, Nirvana and loadsa others all-rolled-into-one …but somehow, still, have an IDENTITY OF THEIR OWN.   They’ve released, and you won’t believe this right,  SEVEN ALBUMS in SEVEN MONTHS – as much as some bands do in their  ENTIRE FUCKIN’ LIFESPAN!  And it’s ALL-GOOD.  They have MONSTER CATCHY TUNES and do INTENSE WEIRD STUFF as well… you GOTTA HEAR THEM!

The Background:  Once Upon A Time, 1989-94 to be precise, there was a band called Kerosene. They did OK for a Manchester band who played uncharacteristically for the city, ‘grunge’ – a single on Dead Dead Good in ’92 and three more and an album on a major label in 93, tours with Terrorvision and Power of Dreams… They didn’t break thru to the Big Time…  The main man and former bassist are back and are called Def Robot.

The soundbite: Probably the best new UK Alternative Stadium Rock-band (with post-punk-fire-and-arthouse-leanings) who have yet to actually set foot on any stage.   (the core studio duo are now a full band and are gigging soon)

The Problem:  Def Robot need a gimmick. Or a look. or a hook.  Something to grab the attention of the taste-makers and radio-producers…. and of course ‘the kids’ and Joe Public.

Being the single most prolific band in the country isn’t enough.

Seven full  albums written, recorded and released online over a period of seven months is a massive achievement – and the fact that they are all different, all high quality stuff, makes it all the more remarkable.

The review proper:  Album number seven is an epic 21 song masterpiece where all the threads and ideas from the previous six come together…  it’s not perfect, but given their budget and circumstances, it is quite brilliant.  There is something here for everyone.  The catchy, ‘anthemic’ singalongs and darker, existential-pondering pieces of atmospheric rock.

The opener is a beautiful, all-too short Surf lullaby which recalls the Plugz Reel Ten from Repo Man. Then straight into a pop-grunge hit from a parallel universe which is Def Robots trademark default-setting.

Last Cuss is a stadium-sized, bass-lead Jesus & Mary Chain chugger with a touch of U2 and electronic skittering.

28 Days has some real echoes of the guitar legend John McGeoch and a Bowie-esque feel.  The lyric includes a dark line, ‘Father- Kill Me‘ which gives me the chills every time.

The songs I personally prefer are probably the least commercial ones where the band soundtrack an unmade movie based on the more desperate aspects of their lives and experiences.  Motorbike and I Am The Weapon are dramatic and emotional pieces.

I feel like I am in a Bond film /  But without the special weapons / I AM the Weapon / My own worst nightmare.

It gets dark, but the music pulses with a positive grandiosity and steely confidence. It’s a panoramic sound -confined only by the limitations of production budget.  Def Robot sound like a stadium band but haven’t actually set foot on a stage yet.  This is a bedroom studio band who sound like a widescreen cinematic rock band playing an arena. The songs are tinged with regret, teeth-gritted anger and euphoric moments where the struggle seems worth it.  Their self-referential and black-humoured lyricism gels perfectly with the music, familiar-sounding yet brand new, swooping and soaring,  it would sound great on a car radio on a clear motorway.

There are touches of gallows humour and a lot of ideas explored in the lyrics: semi-autobiographical in part I would imagine – but other themes are universal and I keep coming back to the idea of Def Robot as writers of a film-score, or Netflix-series music..

Being music veterans they probably aren’t gonna find success based on their no-longer-boyish looks so getting their music to accompany screen-action seems their best hope.

But if they can sound as good as they do on this epic album live then they are going to be a band worth seeing. The guitar-playing is heroic.  The tunes are massive and the hooks do get-ya: you wake up with them in your head, or at least I do.

Another thing about Def Robot is you can pick and choose the facets you like, or are in the mood for.  There is a great potential four-song ‘Dark Moody Cinema EP’ to be culled from the 21 tracks – the ones with a John Barry/ John Carpenter influence and recited lyrics rather than singing.

Also, there is a set of four lighter gothic/shimmering tunes for chilling out …. and a ten track playlist of storming kick-ass grunge & punkish ones… There is so much to choose from with Def Robot. This could be their greatest strength -to the discerning listener, or their biggest weakness – to the fickle public, who like their pre-packaged music to be unadventurous and unchanging.

We might be the only music site to have picked up on Def Robot so far, but there are three of us from Manchester, Glasgow and Southampton respectively who have reviewed them and we can all see their massive potential….

Def Robot may have called this album You Will Not Be Discovered, but they def-inately deserve to be discovered by (err..) the many, not just the few.