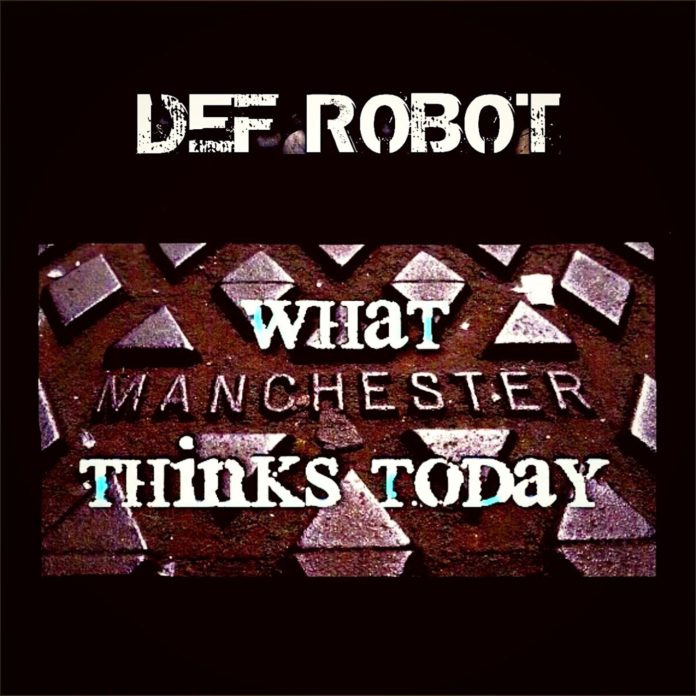 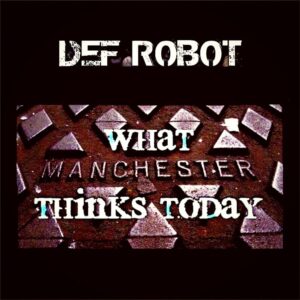 What Manchester Does Today, The World Does Tomorrow

If you suffer from writers block at the moment I suggest you stop reading now. The rate that Taylor and Hancox are knocking out songs at the moment is alarming. And that’s just with this band! Kerosene, their 90’s reformed indie grunge outfit are about to release a new album soon.  This is the third album in three months and they’ve already fuckin’ recorded the fourth! And the thing is, it’s not average stuff. Paul Taylor gives me a run through of the tracks for a taster, while I try to describe the diversity of sounds as best as I can…

“We had guests from previous and current bands on this album, with co-writes and recording. Helps to keep it all fresh and on our toes! Svenja Wolter is in Moto, who David writes and plays guitar for. Paul Fleury, Paul Mahoney And Simon Delamar, have all previously played in bands with me and David.”

Impossible – “Musing on the seemingly impossible way that life came about and the strange connections we make with others.”

A dreamy number with a groovy wacka wacka guitar effect going on, haunting keyboards with a Gruff Rhys like vocal and a cracking chorus that kicks out with some great guitar sounds.

Atom Bomb – “Nuclear War fears as a kid. We have managed to replace this with climate change for the next generation.”

Back to that Kerosene sound again, proper British grunge and lo fi as fuck with great dynamics. A breath of fresh air.

Instagirl – “Written by our friend Svenja about the continual desire to take selfies and to be accepted.”

Instagirl is a proper slow burner and a stand out track. Sultry vocals that hark back to Toni Halliday from Curve when she did guest vocals with Leftfield on Original. Unlike that track this is a more mellow affair that’s soothes the mind, the guitar solo is fuckin’ class and adds to the whole vibe. Another reason why Def Robot stand out today and can go off in all directions. Beautiful stuff.

Walkie Talkie – “Big fan of these in the 80’s. Influenced by films like Convoy and Smokey and The Bandit.”

This one is a weird beast, quite abrasive and proper lo-fi in sound, nodding to the likes of Primal Scream going 80’s on our arse. It starts of like Paul described proper 80’s style and you reckon it’s gonna go dubstep until the guitars crash in. Strange stuff.

Home Sweet Home – “Most people have a place they call home. Even though it can bring back painful memories, it still feels like a place to long for.”

This is like an ode to the crooners like Roy Orbison but blends in that Pixies style with the cracking guitar sound. Taylor and Hancox have got the magic going here the way they can blend the melodies with that top as fuck guitar noise.

Postmarked Washington – “A love letter to the Dischord record label.”

Proper post punk number this and actually what it says on the tin. They’re building and building with their lo-fi sound and this is probably a taster for their fourth album which I’ve heard is gonna be more this style.

Time Of Their Lives – “Wallowing at home, while you know that others are out partying and thinking that they are having a great time. Feeling like you’re missing out, but out of sorts too much to do anything about it.”

Another change in style. Great bass line and probably the most indie number on here. Most new bands would kill for a tune like this. A proper top little tune that will become one of your earworms this year.

Hell Froze Over – “Christmas is supposed to be a time of forgiveness and forgetting how people have done you wrong. Fuck that. Even if hell froze over, I still think you’re the devil and I’m just getting pissed instead!”

Another weird track that gives off a claustrophobic sound, intense in style, skillfull as fuck and quite hard to categorise. Fuckin’ good shit. A nod to what Cabbage can produce.

Needles – “Going through pain and doing everything you can to save a poisonous relationship, when it’s really best if you walk away.”

A proper post punk number here, lo-fi intelligent post hardcore if you get my drift. They just keep coming!

Screaming But I Make No Sound – “Recurring nightmares that I’ve had through my life. The one that usually end with you waking up. Running down the street and suddenly being naked. Cracks opening up in the ground until you inevitably fall down one and keep falling. Seeing a demon or ghost and trying to scream, but nothing comes out.”

A cracking closer that’s takes a nod to psychedelia, hazy vocals, stoned drumming, great backing vocals, and some more of that effect laden guitar sound that’s giving them a bit of identity.

Three albums in and I’m still impressed. A band I still can’t get my head around yet they surprise me with every release. I just can’t fathom how they can write so much stuff in a short space of time yet keep me wanting more. They’ve not even played live but when they do it’s gonna be interesting. These veterans of the music scene can cut it. They were great when Kerosene were on the circuit and can do it again. One of the most interesting bands I’ve heard for a while. They fuck with your head with myriads of styles they can nail in their art. Be afraid youngsters….