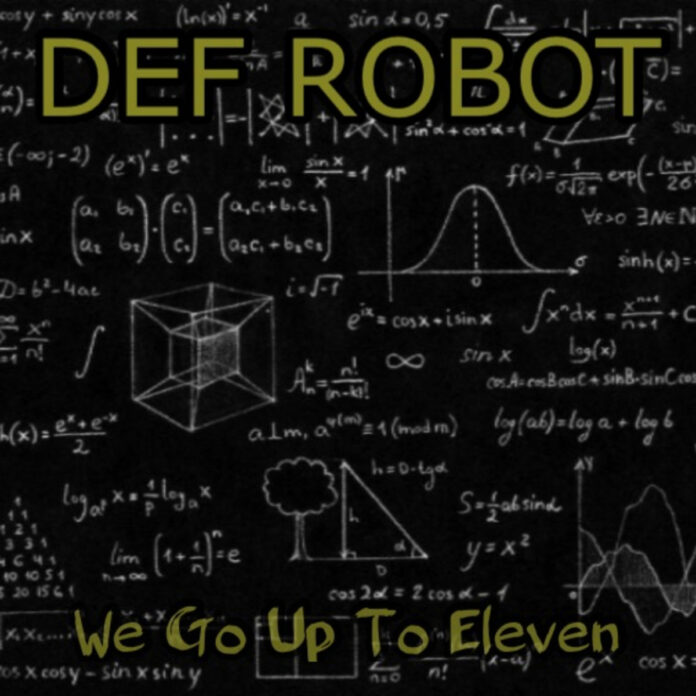 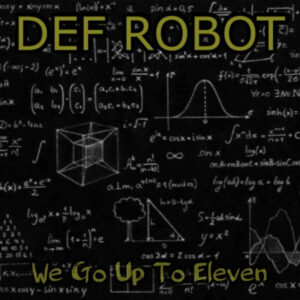 We Go Up To Eleven

Even though We Go Up To Eleven became the 11th release for Def Robot in two years, it seems that the band is still full of ideas.

They make you feel it straight-away – from the very first chords of Night Falls. Probably their endless enthusiasm. Or better say “punk-ethic” – following the words of Paul Taylor – co-founder of the band. Paul states, saying about We Go Up To Eleven that: “Because we are constantly writing, current events are a great source material. As we write record and mix so quickly, those current events are still happening.” Taylor continues getting to this ethics part and saying: “Whatever the upsides and downsides of music streaming, we love the punk ethic of writing something that is released almost immediately.”

At the same time, it’s difficult to call We Go Up To Eleven a spontaneous record. Each release of Def Robot sounds like thing-in-itself. When I ask Paul, about inspiration and identity he underlines one simple fact: “We have a burning desire to keep pushing ourselves. To make better songs, and test our boundaries.”

They didn’t stop the creative process despite the situation and the mood. Constant fixation with a defined set of rules – this is the creative formula Def Robot follow with each release. “We dip into our folder of ideas whenever the mood takes us, which is every day!” Interestingly that the band didn’t really change their way of working during the pandemic. According to Paul: “Once a song is fully formed ( going back and forth with parts added or discarded), we get all the elements recorded and mixed by one or the other, along with any contributors. We’ve worked like this from the beginning, so isolation hasn’t stopped us.”

When I start thinking about the “folder of ideas” phrase, Paul interrupts the silence to comment on their working process. It’s unbelievably strange how such songs work together – songs like Die Kakerlake or Reflection going one after another without any dissonance. Probably, because of the similarity of their views. Whether these are grungy chords or songs written with the focus on synthesizer sounds, they could easily find a common language, creating the piece with a distinctive voice – with the common efforts all through the process, which included different sessions in Berlin, Kendal, Kent and Amsterdam.

“Most often, a piece of music is created first and then one or the other will see where that music takes us.” – explains one of the founders of Def Robot. Taylor continues saying: “Having lots of lyrical ideas stored up is a big help, as often the idea fits right in. Sometimes it just comes naturally with the music off the top of our heads.”

We Go Up To Eleven is out now on Bandcamp.