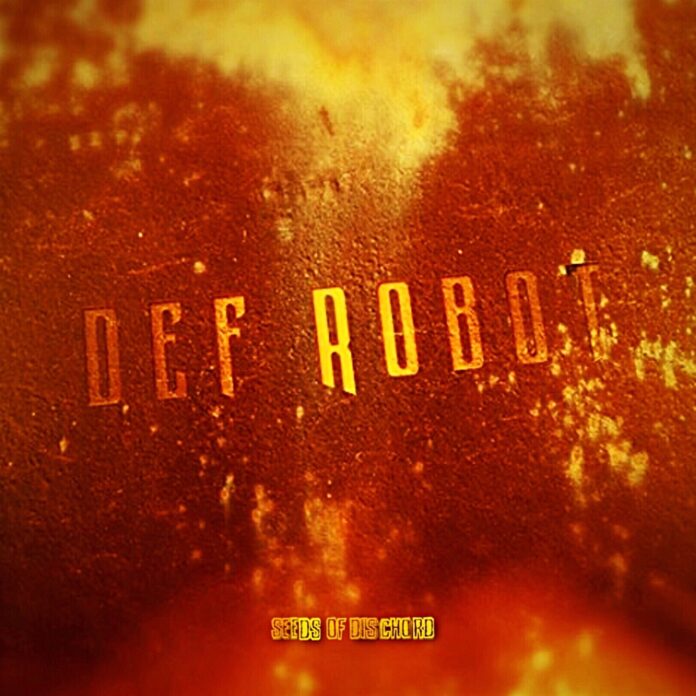 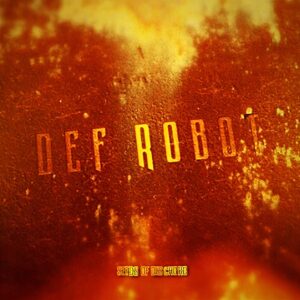 Def Robot are no stranger to writing the odd song or two now again. No shit. This is album number nine since May last year and there’s no stopping their prolific juggernaut as they venture into more experimentation with spoken word and lots of guitars. Wayne Carey reviews in his usual DR way with forewords on each song again by front man Paul Taylor…

“The lyrics are pretty self explanatory. Government fuck ups expecting us to hope for miracles. They feel like they are untouchable”.

Def Robot are fuckin excellent at spoken word. A dark grunge number with an anthemic chorus, quiet breaks and a flowing bassline. Loving the Manc / Cumbrian dialect here. A cracker of an opener. “You’re hoping for a miracle”.

“David gives himself an excuse to show off his guitar greatness!”

A slow surf rock number with haunting vocals and some of the best guitar work going. This was made for soundtrack work. Crashing guitar riffs layered with sound. Beautiful and crunching at the same time.

“Based on the idea of a film called Paradise Love. The feeling of being stuck in a life you didn’t want and dreaming of escape to paradise”.

This is the funk element of the album. Veering into Franz Ferdinand territory yet total Def Robot. They’ve always nicked ideas from other bands yet meld their craft into their own sound. A fuckin clever take on feeling like you’re cruising on the sun swept Spanish coast.

A short sharp sonic blast from the bonkers Berlin based side kick. Commandatore could be replaced by “Kill The Tories” if you like…

“Making pacts with the devil and striking out your original path. Inspiration at a price”

LTW brother Nigel Carr played this on Radio Alty a few weeks back. And I can see why. A top notch grunge number that has all the elements of a rock hit. There’s even a bit of Pete Townshend windmill guitar going on here. Pounding Grohl drums just nail it. Great songwriting from the prolific bastards!

“Possibly the only ever song about the Dorky Park Dance Company in Berlin. David and Svenja Walter duet”

Svenja does vocal duties on this one after making her last appearance on the What Manchester Gives album. Laughing, spoken word, some amazing guitar shit going on. Nine albums in and they just get better. The guitars are fuckin amazing yet again. A trace of Curve in there yet banged up to 11 with that amazing guitar sound of Hancox. Taylor must be getting some fuckin good shit from Berlin!!!

How Do I Know If I’m In Hell

“Feels like I’ve took a wrong turn. Nothing will go right. I went left. Kept Going In Circles”.

The best tune on the album. A dark as fuck gothic number that sets Def Robot well above your average band. A spoken word classic. If you want to get on that circuit look no further. Paul Taylor has that massive talent of writing great songs and can do that John Cooper Clarke / Mark E Smith thing with ease.

I Won’t Let It Happen Again

Mr Hancox takes over again on this with his David Gilmour Floydian guitar musings. They’ve been going Floyd since the last few albums yet with their own grunge overtones beefing the whole sound up. Another great tune.

“Does what it says on the tin. Searching for something, a meaning, but not actually doing anything. Procrastination”

Paul goes proper Fall on this. Mark E Smith would have loved this one. A proper grunge garage romp. A short and sweet hit.

“David gets all jazzy in a dingy cafe somewhere out west”

Fucking Spongebob Squarepants intro!! Ha ha! Then they go all jazz funk smoothness. Are they having a laugh? It’s just amazing the way they can change style from one minute to the next. Some nice bass and guitar licks grooving us out.

“Being on the wrong end of an abusive relationship. But not wanting to succumb to revenge. Being the better person”

Their dub number. You have to be clever to do a dub number. It’s all in the hips I’ve heard. Then they go all grunge again. The Kerosene genes a kicking in on this. That will never leave the hard working Manc bastards. They may reside in Kendal and Berlin but their heart will always be in the place of sweaty gigs at The Boardwalk and The Roadhouse.

“Stuck on drugs that don’t work. Easy answers from doctors that can’t deal with the hard questions”

A proper scuzzy surf rock tune that addresses the lazy GP’s that get you hooked on painkillers (voice of experience). A wall of grunge noise with some more amazing guitar work from Hancock, and a massively addictive bass line.

Nine albums in and Def Robot are producing stuff that other bands would kill for. They just get better with every release. There is a big Floyd element coming in, yet not up their own arse Roger Waters shit. They need to do a full album of spoken word in my opinion with guests for each track. Buts that’s my As Fuck opinion. They display the elements of everything any band want in their sound but can’t do. 25 years plus of being in a band who had everything (Kerosene) and were fucked over by the majors. Two guys who had a dream in the nineties and are releasing the best stuff going without even trying. DEF ROBOT….