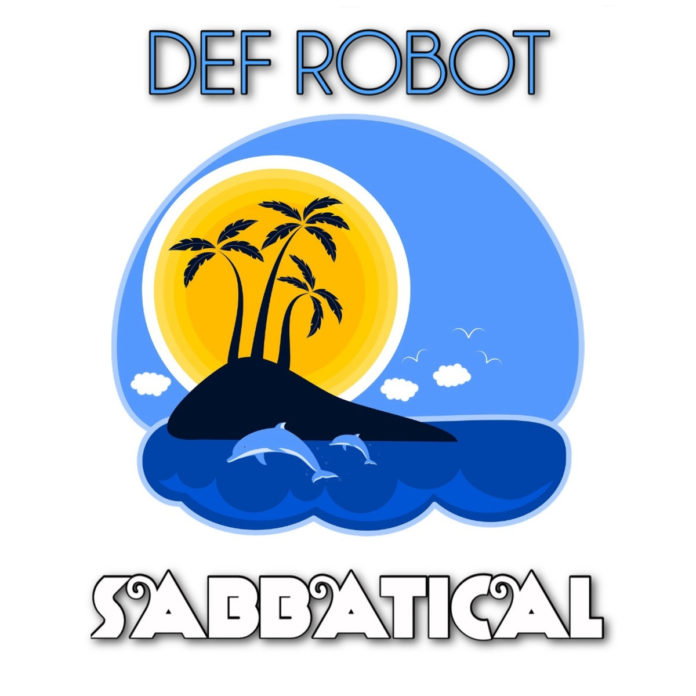 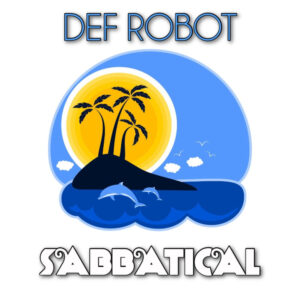 Modestly understated as ‘Former bandmates in Kerosene, Paul Taylor and David Hancox, began recording under the Def Robot name in 2019. With a shared enthusiasm for punk-rock-Americana, mixed with northern English grit and dark film noir, the sound and songs took shape’. In six months they have produced more quality work than some bands do in six years. Wayne Carey raved about them here and here on LTW. Now it’s Ged Babeys turn…

Prolific is the word.  I have never, in all my years,  known a band release six albums in six months.  It is ridiculous. It’s beyond belief.  U2 or the Stone Roses took YEARS to write, record and release a new album.

Def Robot have written, recorded and released a boxed set’s worth of albums in half a year.  I wish The McWhirter brothers and Roy Castle were still around so we could see Def Robot on Record Breakers …. dedication, that’s what you need.  And a lot of free time….

Maybe that is it,  they have been made redundant and have time on their hands and 20 years worth of stockpiled material to draw upon and finally perfect and release…

Def Robot are a really good band – they rock.  They have a knack of writing a good chorus. They mix and shuffle the pace and vibe and are not a one-trick pony.   If they lived in my locality I would be a fan and a mate. I would’ve bumped into them at every half-decent major indie/grunge rock-show over the past twenty-five years or more.

I know this because I can tell, from this album, they were in love with the rock’n’roll of the 90’s – Nirvana, Therapy, Pixies, Manics… They have absorbed and loved so much music that when they make their own the influences are there, loud and proud and coming over clear as a bell.  If I was in a band it would be exactly the same ….

I’ve dipped into the previous albums and heard the next, but having spent some time living with Sabbatical it seems to be the pick of the bunch in that it has an immediacy, familiarity and quality songs.

There are numerous ‘bits’ which remind me of  other bands (Pixies in particular seem to be a favourite) but after a while it just sounds like Def Robot….  Cynics will always dismiss bands like this as ‘a rip-off’ and soundalikes – but being realistic, those bands were magnificent and to get close to that feel without resorting to the fast-buck option of being a tribute/ covers band is an achievement and takes some skill.  (And they would sound majestic live and loud in a small venue on a Saturday night when you’ve  had a bellyful of life and have a bellyful of beer…)

TV Lies – the glam-stomp alt-rock opener sounds like Therapy? playing Slade (or vice versa) on a song about cathode ray poisoning using a few chord changes from I Wanna Be Your Dog.

Krackalite gets very close to Nirvana territory musically and lyrically – but is fun and frisky.

Significance is a twenty-four carat classic. Whilst it has elements of Pixies, Nirvana, Manics and even the Who – it’s a potential floor-filler, bounce-along Indie Disco/ Alternative Club Night winner.

Neon Lights is a superb bit of dark perverama and a neat pastiche of the Doors (Alabama Song and Soul Kitchen) – you can tell the band are having fun on this track.

Wishing My Days Away has some beautiful twangy guitar and a cool lyric. Reminds me of great lost 90’s band Compulsion.

Arthouse -clipped post-punk to start with but a fantastic massive chorus – the only annoying thing is the American-accented vocal.

Better With A Drink – is a deliberately cliched piece of blues-rock pisstaking I imagine, done with a straight face, the crowd-pleasing anthem about how ‘everything seems better with a drink’. I hope it’s irony…

Get Back In Control is Def Robot having a go at being a thrash Metal band – probably more fun to play than listen to!

Simpatico  – some great Generation Terrorists guitar in this.

Sabbatical seems to me to be Def Robots equivalent to Troublegum – an album of American influenced alt-rock but shot through with a commercial feel and anthemic tunes.

These songs need to be on some TV or movie soundtracks – the only way a band like this are gonna make any money these days.

Their other albums seen to have dark psychedelic, brooding post-punk and gothic influences and i’m gonna have to find the time to listen to them properly… and I would urge you to do the same.

In a market saturated with re-issues and greatest hits packages, boxsets and the like, it makes much more sense to check out and invest in the back catalogue of Def Robot – as they have all the elements of the classics absorbed and rearranged into new, original shapes and colours, words and music.

It’s a cliche, but this is an album of ‘driving music’. Motorway, foot down, stereo on loud, singalong rock….  Significance -Sig! Nif! Ick! Ance!