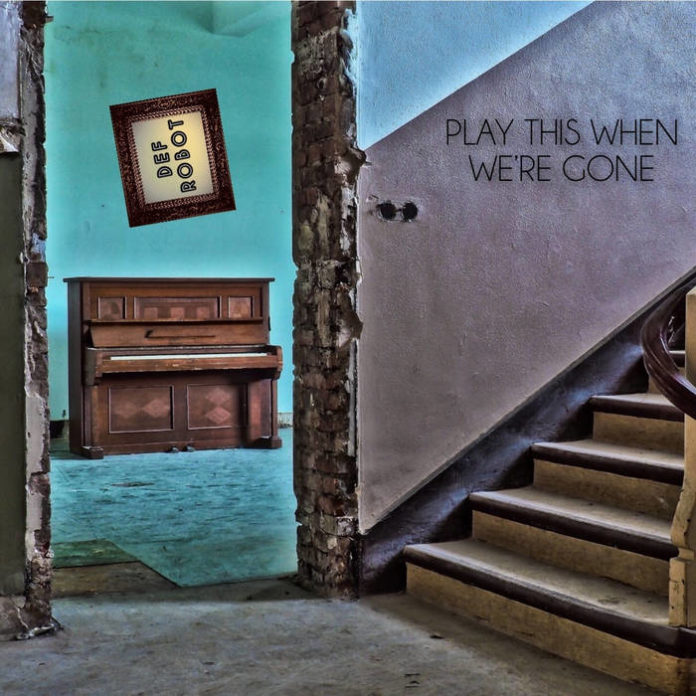 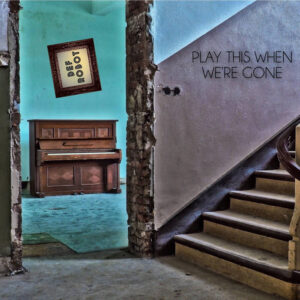 Just how prolific are Def Robot? Well put it this way, they have a new album completed before I have managed to find time to put pen to paper and write about this one. No pressure then. Maybe I was taking too much advise from the album’s title “Play This When We’re Gone”. Judging by the amount of material, and quality material at that, they are releasing, I think they’ll be around for some time to come. That “difficult” sixth album is just around the corner…

Anyway, this album, following hot on the heels of Sabbatical, is another release which has excellence emanating from every pore. It bucks the old maxim of quality over quantity. The volume of albums released this year by Def Robot is in no way reflected by a reduction in the quality of the output.

Def Robot positively ooze with creativity. There is nothing formulaic about the album. Not being tied to a prescribed format or reverting to type allows them to blend styles and influences together to create a sound that is Def(initively) Robot, without being robotic.

The album has a sinister, almost downright chilling opening in Sepia Ghosts. The distorted screams of die, die, die recalling the shivers I felt when I first heard Aphex Twin’s Come to Daddy. The track then opens-up with crashing guitars and ends on a tale of missed opportunities…

Sorrowful keyboards follow in the introduction to Time is Now. A seemingly sad tale of someone waiting for better times, wasting the here and now and continuing the theme of missed opportunity.

Drunken Love crashes the party with a vast open guitar sound, the epic nature of the songs on this album continuing into The Place I Call Home. Looking Up seemingly continues the crunching guitar themes before the initial riffs clear to reveal a lush electronic soundtrack underlining the song.

While Fright of My Life is a track well-suited to the time of year, with ominous crackling and strings alongside distorted vocals and howling at the end, the main body of the song has an uplifting melody that raises the spirits..

Poster Angel rocks out with an alt-US rock vibe with a massive sing-a-long chorus. While Innocent Time brings a smile to your face thinking back to simpler times of your youth, sympathetically sound-tracked to match the spirit of the lyrics.

Throughout the album different styles and instruments combine to magnificent effect. They showcase a sound that is undeniably Def Robot while elements of some songs hark back other styles. Nineties art-punk stylings of bands like Compulsion (Drunken Love), to left-field eccentricities of UK indie rockers such as Super Furry Animals (on I Will Never Know). No matter what, they always have a Def Robot flourish, whether that be bombastic sweeping guitars, distorted vocal effects or emotive affecting keys.

The album closes with an impressive cinematic instrumental. Nightshift opens with enough doom and disturbing atmosphere created by the thumping drums to nod to the dark glory of legendary Mancunians, Joy Division. Layered instrumentation then opens the track up into an immense soundscape, reminiscent of Theme From Great Cities era Simple Minds.

Another triumph for Def Robot. I better get listening to Def: I Cult before album seven appears…