Home Music Reviews Album Reviews Def Robot: I Always Thought I Was The Funny One – album... 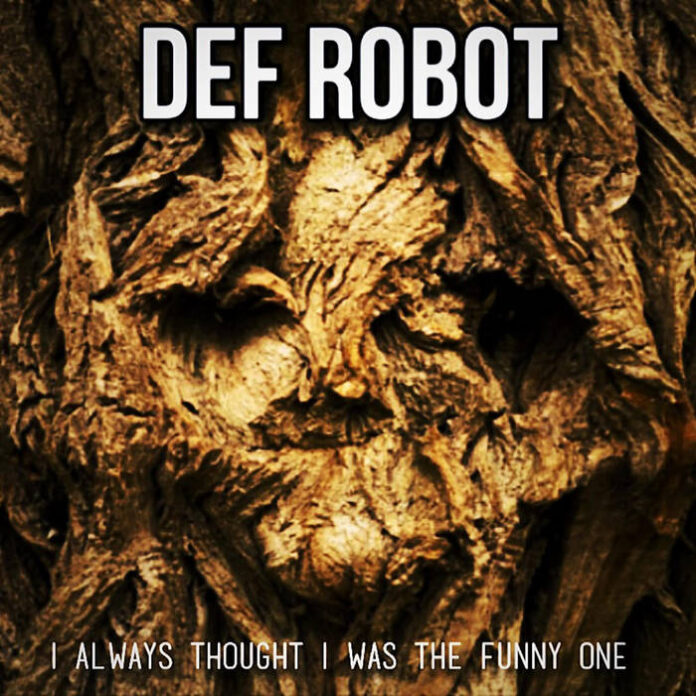 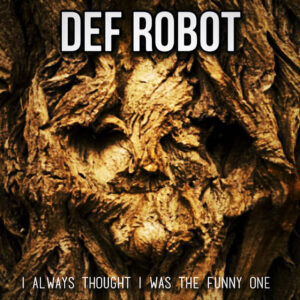 I Always Thought I Was The Funny One

Def Robot return with their 12th album in two years and it’s a blast of a mixed up style of genres to prove there is still life in their endless tunes. Wayne Carey does the usual DR style track by track explanation with the enigmatic Paul Taylor straight outta Kendal…

“Explores the events surrounding the assassination of JFK including rumours and speculation about his private life – which may have contributed to his death.”

A spiky punk number that romps through Americana with some great riffs. A proper anthem that gets better with every listen. Fuckin’ great guitar solo towards the end.

“An atmospheric road trip on a foreign substance. On the way to somewhere unsure – home? A loved one? Death?”

This goes all film noir, an atmospheric moody number that chills the senses with it’s downtempo picturesque druggy swagger. Dark as fuck.

“2021 feels like there’s just too much going on to take in. Sometimes I wanna just get away from everything, take a deep breath and relax!”

An early Floydesque intro that goes all Gary Numan on the ears. A futuristic rocker with a nice psych feel flowing throughout. Spacey!

“Mechanisation and advances in technology have been incredible for the human race. But is there a danger of it all going too far? Are we losing touch with nature and what we are?”

A proper dirty riff kicks off with this Nine Inch Nails sounding piece of industrial hip hop which shows the diverse range and talent of Taylor and Hancox’s songwriting.

“Even if you aren’t a fan of dancing or letting go on the dance floor, we all miss the kind of places we went to that held friends, merriment, socialising and dancing. A love song to one of the things we haven’t been able to do for a long time.”

A proper upbeat number that goes all Wonderstuff on us and cheers you right up! The lyrics are funny as fuck. “A thousand days without dancing, I’ll bust some moves” A proper party tune about the longing for hitting the clubs once more.

“A dig at the consumerist and capitalist world that we live in. There will always be part of the world that suffers in the face of this way of living.”

This reminds me of the scene from Human Traffic when John Simms is working the shop floor at a clothing store and they’re all serving like robots under a sweaty slathering pervert. Some great guitar and bass is the crux of this three minute catchy bastard.

“A song from David and written by his youthful band back in the day ‘Tim’. God knows what he’s on about. I’ll have to ask…”

Hancox does a mad minute of punk attitude that hits the target. Mad…

Based on the old film of the same name which covers the events of a dance marathon. Was first recorded with Kerosene. Recorded again from scratch for the ol robot.

They now enter Pixies territory on this stand out track. A proper grunge prototype tune that harks back to the Bossanova sound that we all know and love. Excellent.

“A tale of superiority in a friendship/partnership. Sarcastically commenting on the Alpha role but at the same time accepting and maybe even enjoying being the ‘weaker’ one.”

A proper rock stomper with an excellent riff that ramps it up big time. A really rocked up glam number that sounds fuckin’ top. Exciting and relevant with some great drumming in there and some top notch guitar skills.

End Of An Era.

“Instrumental electronic beat experiment, that may or may not become another song in future…”

Fuckin’ ell! They’ve gone trip hop now. There’s no end to the sounds these guys produce. A small step into electronica that works.

“We’ve been going back to a few songs on the last 2 albums, re-recording and getting a fresh take on them. Here’s one that originally appeared on the album Play This When We’re Gone”

Guitar skills at the forefront from the start. A total rework as mentioned above. Cracking chorus and a tune full of ideas that just work. Another anthem that I can’t wait to see performed live. Tune.

“A love tale of regret. An apology for going through a tough time and somewhat neglecting those that care for you. It’s not necessarily intentional. Just circumstance.”

Fuckin’ voilins? Oh yes. There’s no end to their talents. Paul Taylor turns into a hybrid of Nick Cave with a Worzel Gummidge head of Richard Hawley screwed in. Magic.

“This was originally on the album You Will Not Be Discovered and was sung by David. We’ve completely re-recorded it with Chris Willcocks on drums and Paul on vocals.”

A stab at recreating Smashing Pumpkins at their prime without the whining voice of Billy Corgan. A proper nod back to nineties intelligent grunge that has smatters of Black Francis running throughout. A great track that resonates and a perfect ending to another great album.

I don’t know what Taylor and Hancox are on but I’ll pre order some now if they let me know. Another album that you can’t categorise. They pilfer and plunder from the rich vaults of great music and use it to their advantage and it’s fuckin’ great stuff. The question now is, how the fuck are they going to sort a set list out when they hit the live circuit? We await with anticipation…