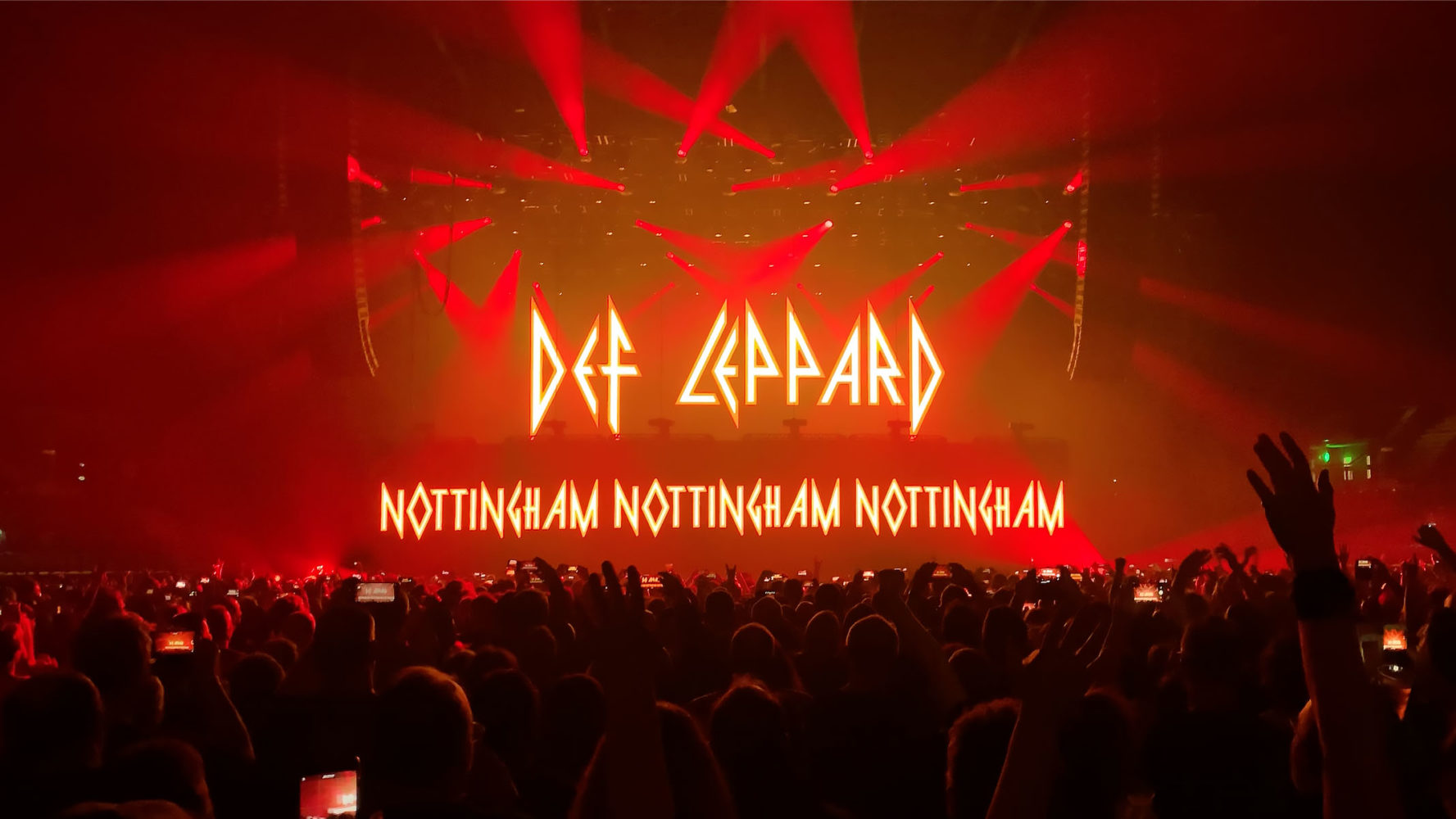 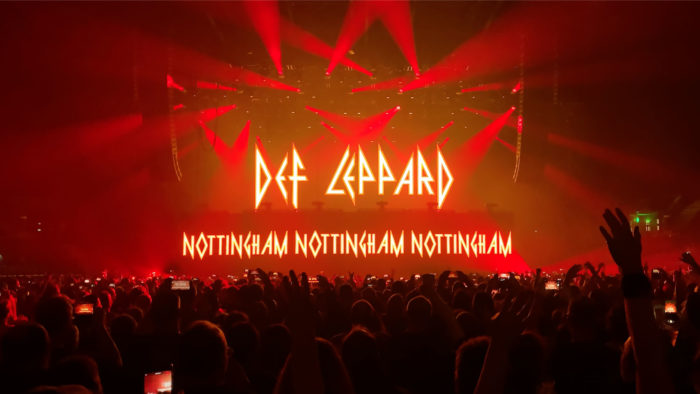 British Rockers from Sheffield, Def Leppard playing their 25m selling record Hysteria all the way through. It’s time to go back to 1987 and enjoy one of the most successful rock records ever released.

I always had a love-hate relationship with Def Leppard’s Hysteria album. It was obviously a great album, but the production was ever so slightly too slick for my tastes. It was received with mostly positive remarks from the press at the time, but many commented on the super smooth, almost pop-like production, complex layers and absolutely no rough edges. It was a rock record, but with all of the rough edges polished smooth. For me, Def Leppard had lost some of what made them special with Hysteria. That being said, it’s still one of my favourite records. I think I have grown into it over time though and actually listen to it more in the last five years or so than I did in the late-eighties when I was far too busy exploring more gritty material. 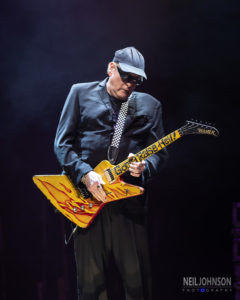 Tonight we have Cheap Trick opening. Listeners of Joe Elliott’s radio show on Planet Rock will be well aware of his love of Cheap Trick and it’s an absolute pleasure to see them in Nottingham tonight. They are not a band I have a huge affliction towards, but they put on a great show. Surrender and Dream Police got everyone vocalizing along. It has to be said that the sound was a little rough and distorted, but it didn’t seem to hinder the enjoyment. As a bit of trivia, back on the original 1987 Hysteria tour it was the mighty Tesla that opened.

During the switchover, Def Leppard has a huge clock ticking down the time, which was really cool. The opening few seconds was taken up by the huge screens rising to reveal Phil Collen playing the intro to Women. It has to be said at this early stage that Phil is 61, although he’s looking better than most men half his age. A stark demonstration of what a healthy lifestyle and beating your own addictions can lead to, certainly in comparison to his friend the late Steve Clark who wasn’t as successful in beating his own demons that eventually contributed to his early death at the age of 30 in 1991.

Back to tonight’s show and Collen leads the band into Women, they are in fine form and thankfully the sound is clean and punchy. Joe isn’t quite hitting all of those super high highs as he did back in the eighties, but he does a stunning job, his voice a little more gravelly than on the record, which to my ears sounded superb. 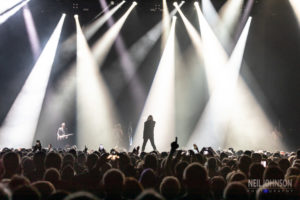 They head on through the Hysteria record in song order. As they hit the monster that is Animal, things start to get really animated. At this point, I am tucked away in the sound booth standing on a ledge to photograph and there are so may waving hands that I can’t quite see over the top! The joy of material this old is that everyone has a long time to learn the lyrics and it’s definitely noticeable.

There are a few obvious highlights through the first part of the set, Animal obviously, but also Pour Some Sugar on Me, Armageddon It and my personal favourite Run Riot which seems to really land well. As we get to the end of the record for Excitable and Love and Affection it occurs to me that in the live show some of the polish from the record has been lost and it’s a lot more enjoyable for it. A slightly more rough and ready version of Mutt Lange’s polished perfection maybe? In any case, I absolutely loved every moment of it.

After a brief rest Joe comes back on to thank everyone for their support and announces that it’s actually Phil Collen’s birthday and as such he gets to choose the first track of the encore. He goes back to 1981’s Let It Go from High ‘N’ Dry, a real pleasure to hear and Collen’s guitar playing is sublime. Proper old school Def Leppard! They close down the show with Rock of Ages and Photograph.

It really is hard to not sound like a Def Leppard fanboy, but they really were exceptional. The chance to see this material being played live was a pleasure from start to finish. The whole band are on top form. Joe finished up by saying that they can’t wait to come back for next time and there definitely will be a next time. Frankly, I can’t wait to see them again!