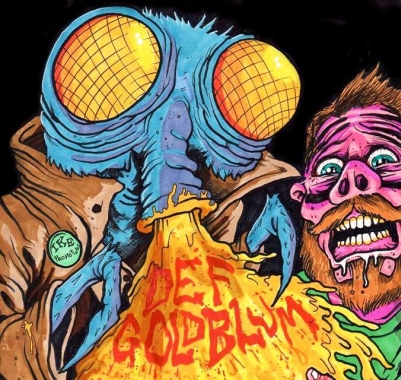 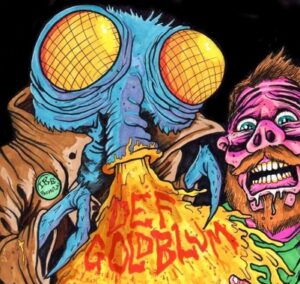 Despite only having a very limited amount of time on a tiny stage today to make their point  (it was a many band fund raiser) yet they nailed it with a set that was full of promise.

Initially starting out in life as a covers band, they realized they had much more to offer and started penning their own music.

The short set was rammed full of original tracks, laden with monstrous riffs and stupendously fast rhymes from front man Duke Zero-One. The room may have been a small one but the energy level was through the roof, no one could escape the triple whammy of metal, rap and sweat. Lots of sweat.

There was a cover thrown in at the end, not through choice so much as through the speed at which they tore through the main set, so they ended with a cover of Public Enemy’s seminal track ‘Bring The Noise’, ending a surprisingly great set with a totally apt classic.

You can find out more from Def Goldblum by checking out their facebook page Facebook page, and you can  also listen to and download their debut EP from their Bandcamp page.