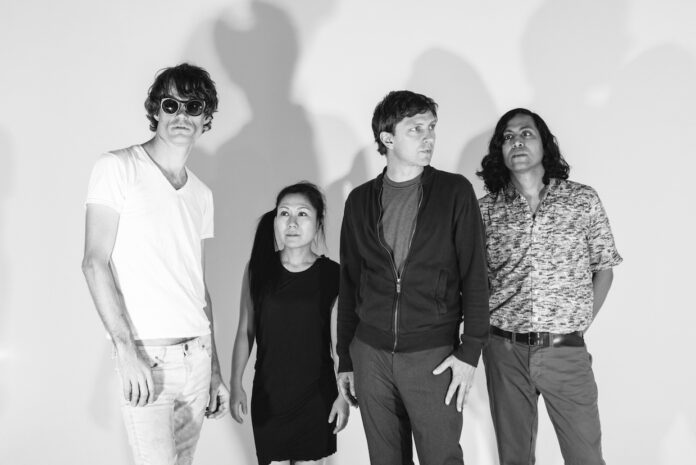 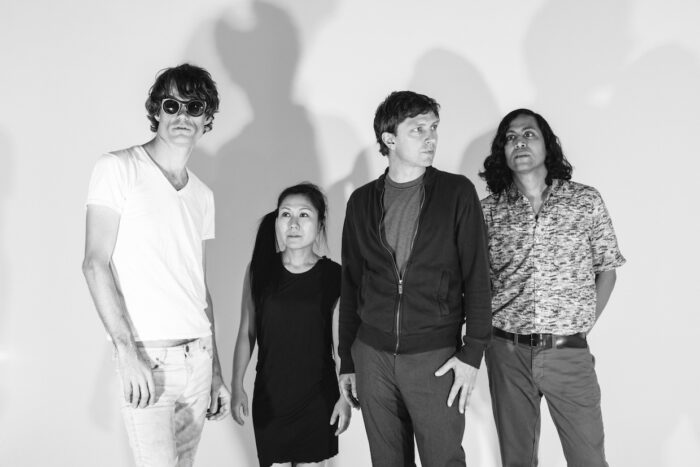 Deerhoof have been over in Europe for the last month in support of their latest album. Louder Than War’s Philip Allen caught them on one of the last dates of the tour at The Marble Factory in Bristol.

Aaah! Deerhoof. The enigma that is. Their uncompromising vision to encapsulate a smorgasbord of influences and styles defying all expectations, except to be the mighty Deerhoof that give us the brain-meltingly fun performances they have become so renowned for. Last year they released their thirteenth and arguably their best album, ‘La Isla Bonita’. A heady deconstructed mix of punk rock and pop that shouldn’t make sense but never fails to deliver on memorably eclectic entertainment.

There are many delightful parts to a Deerhoof show, (Including the music of course as well as their defiant energy and dynamics which strips away all the preconditioned reliance’s we have come to expect from most bands) For me, it is the presence of their own characters that they imbue throughout their music.

Lead singer and Bassist, Satomi Matsuzaki’s syllablistic (I just made that word up) approach to the vocals in which she breaks the meaning and intention down to it’s constitute parts, whilst keeping it poppy and attractive like the punky, ‘Exit Only’ and the effervescent, ‘Paradise Girls’. Guitarist, John Dieterich presents us with a more indie low key version of the riffs as present on, ‘Fresh Born’ and ‘Buck & Judy’, fleshing out the staccato rhythms that make up most of their songs with beauty and melody. Ed Rodriguez has a more flamboyant approach (like his shirts or the pink jumpsuit he has chosen for tonight’s show), his flailing arm walloping his strings in order to achieve a more charismatic sound akin to classic seventies rock.

And then there is Drummer, Greg Saunier. It almost seems he exists in an autistic spectrum in order to tap into more esoteric and intelligent influences. His drumming is a force of nature, bringing a definite jazz element to the fold. Whereas Matsuzaki is the  heart of the band. Saunier is the head, with it’s direct route to consciousness and the subconscious in which he taps into when he invariably takes to the microphone to deliver his infamous between song diatribes.

It is Saunier’s funkiness as a drummer that keeps the ball rolling throughout the set despite his comedic interludes. They are a pleasure to watch as they come back for the encore of, ‘There’s That Grin’ and ‘Come See The Duck’, whipping the crowd into a frenzy of head-shaking, singing along to the chorus with as much gusto as the band themselves. Deerhoof are always a pleasure to experience live since everyone seems to be having so much fun..And that’s what it’s all about.