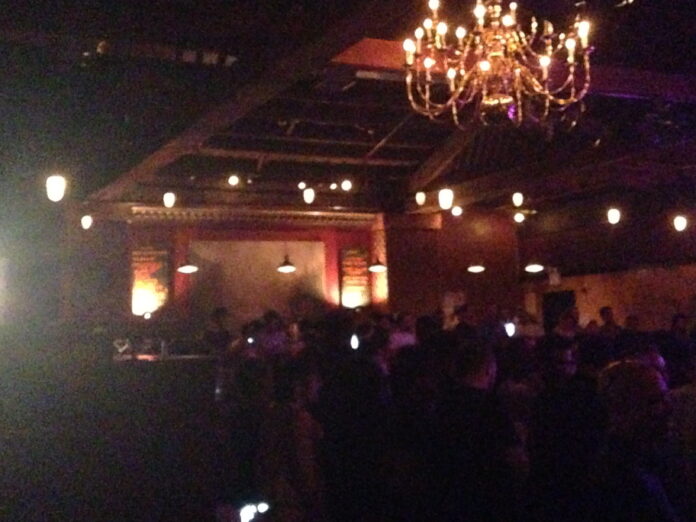 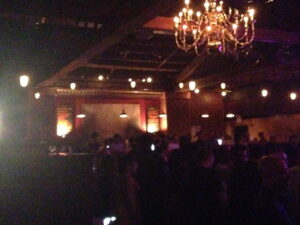 As one of noise music’s primary sound-sources of influence Deerhoof anywhere in the world is an experience. Clive K Hammond found out that in Brooklyn’s The Bell House, this was no different.

San Franciscan quartet Deerhoof are one of the saving graces of experimental noise music. For decades they have been approaching their work with a ‘0’ fuck mentality that permeates with brash vibrations of sugary alternative pop. Melodies cut with narcotic sherbet; an unwavering grasp of violence through sound; an onstage demeanour that depicts a group suffering from a severe bout of bipolar disorder – a bit like when an accident strikes. You don’t want to watch the carnage out of fear, but when it comes to the crunch you can’t take your eyes off it.

Generations of artists including Foo Fighters, St Vincent, Grizzly Bear and TV on the Radio have embraced their sound; and Brooklyn’s Bell House was awash with the New York hipster community – ready to explode and wash out the repressed anxiety within them.

Really Big Pinecone – archetypal punk formulas packaged in battering waves that suggest a playful underbelly of riotous rock, their inherent way of stopping sound then reawakening it together as one impressive – and Blasteroid – a tone exactly as their branding would suggest, they made a towering impact with their distortion stoked sensibilities – supported the quartet.

Deerhoof’s unstable, frolicsome sound is dangerous; the metallic strength of Ed Rodriguez and John Dieterich’s blinking, blues fuelled guitar, Satomi Matsuzaki and her unhinged vocal progressions and Greg Saunier’s incandescent beats all combine on bleary twominutesomething tracks of suppressed musical rage. Their live persona always ignites a crowd and it’s something that’s lacking at the nub of most independent, DIY groups. Saunier was like a man possessed at most intervals throughout ‘Buck & Judy’ – reflective guitar pours icily over the jarring beats, Deerhoof’s understandable influence on the crossover between Liars and The Flaming Lips now even more naturally obvious on this erratic bout of chaos – freely drubbing his kit to the manic pleasure of his audience. At one point he grabbed the tom, lifted it and began chanting into its microphone. The man was on another planet. But pure theatre. It’s what we want to see.

Matsuzaki decorates the Ramonesque temperament. Her voice and manner between songs replicates a shy, retiring musician. Four clicks and she turns into a bewitching animal that is calling out for help to go out on the attack. ‘Dummy Discards a Heart’ – a typical Go! Team track that is centred around the chants of Matsuzaki, there’s a warmth to its melody that underpins the energy wrecking ambience behind – and the fracturing ‘Mirror Monster’ saw her fuse this habitual blend of sanguine vocals and dance moves with enraged sound-bites of noise. It really was something special.

At Deerhoof’s heart beats a group unwilling to pander to anyone but themselves. They truly are an experience. ‘Tears and the Music of Love’ was absolutely filthy. A sharp track, it often explored the experimental side of punk; instinctive stops and brash progressions of guitar made for anarchic upheaval across the room. ‘We Do Parties’ was ironic. I’d pay to have them though.

Deerhoof are sometimes needed. Beating down the shards of whatever has happened previous, they maintain a viciousness that we sometimes can’t comprehend giving out. So we let them. Mainly because they’re pretty damn good at it.