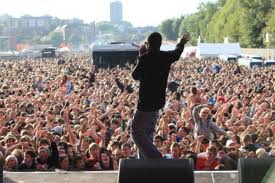 Headliners And First Acts Announced For 2014 include:

For more information and to but tickets go here: deershedfestival.com.

Deer Shed Festival, the independent festival run by a family for families, are very proud to announce their music headliners and first acts for 2014. Over 3 days on 90 acres of beautiful North Yorkshire countryside we will be playing host to some musical legends, some of the best new bands and a host of other brilliant artists. This year’s bill features the world’s greatest guitarist, a Welsh Music Prize winner, Mercury prize nominees and even a couple of renowned journalists turned folksters.

As ever, Deer Shed will be for the whole family, continuing our well-earned reputation for being the festival where everyone enjoys their weekend. In the coming months we will be adding to our music line-up, confirming the bill for our spoken word stage and PG rated comedy tent, still the only PG comedy tent at any UK festival, telling you more about the family workshops and weekend long activities to create our fifth year to remember alongside announcing the theme of this year’s event.

“Last year Deer Shed Festival 4 felt like a coming of age, especially with the changes we made to the layout of the festival site. Our fifth instalment already feels like the festival we’ve been waiting to put on for five years, but because we’re independent we’ve had to grow sensibly and our challenge in getting bigger is always to do it without losing the cozy atmosphere that people love so much. Most importantly I don’t think we’ve ever been as excited about announcing our headliners as we are this year.”

What can you say about Johnny Marr that is not already a part of rock ‘n’ roll history? The rhythmic and melodic power behind The Smiths, one half of Electronic, a member of The The, The Cribs, The Pretenders and Modest Mouse alongside a raft of guest appearances, Johnny is the defining musician of his generation and a fair few more besides. With his solo debut, ‘The Messenger’ last year, Johnny stepped out from behind his guitar to critical acclaim, adding more praise to a pile of Number One UK and US albums, Ivor Novello’s and lifetime achievement recognitions from Q, NME and Mojo. Watch ‘New Town Velocity’ by Johnny Marr.

One of the most consistently inventive and challenging bands of the last decade,British Sea Power can rightly lay claim to being the biggest cult band in the UK. Constantly looking for new ways to perform and present their music, their five studio albums are dissected by the soundtracks to the films ‘Man Of Arran’ and ‘From the Sea to the Land Beyond: Britain’s Coast on Film’(shown on BBC Four) whilst their shows have taken in The Tan Hill Inn, the UK’s highest pub,  Carnglaze Caverns in Cornwall, village halls and sea forts whilst they are often joined on stage by an eight foot bear and, on one occasion, a display of Cumbrian wrestling.

With ‘Beachcombers Windowsill’, their debut album in 2010, Stornoway made an immediate commercial and critical impact on the UK music scene, going on to register gold sales and pierce the Top 20. Having launched the follow up, 2013’s ‘Tales From Terra Firma’ via podcast from a boat on the roof of the Royal Festival Hall and headlined the Barbican on the subsequent tour, Stornoway clearly understand high art but anyone who has seen them live will also know that this is a band that communicate on a basic, emotional, human level and will concur with The Independent’s assessment that, seeing Stornoway live, ‘You would have to be miserly of spirit to not be won over’.

Our special guest this year is a man who has consistently created unique and intelligent music. From The Beta Band to King Biscuit Time, through to his last, intensely political, album, ‘Monkey Mind’s In The Devil’s Time’ Steve Mason has never been defined by the immense critical appreciation that has attended all his work nor been hemmed in by genre. In fifteen years of making music, Steve Mason has never shied away from speaking his mind and that sense of integrity has made him one of the UK’s premier musical creators.

The impact of Dan Le Sac Vs Scroobius Pip with their debut track, ‘Thou Shalt Always Kill’ is hard to underestimate. 24 hours after being finished, the track was on Xfm and from there went on to become one of the defining tracks of the decade. Over three albums since debut ‘Angles’ in 2008, the duo have developed their glitched sharp hip hop and intelligent wordplay to deliver a clutch of Top 40 albums.

Summer Camp’s second, eponymously titled album has seen the duo build on the success of their debut. With Uncut  pronouncing “Summer Camp are the real thing” and Sunday Times Culture declaring “Self examination has never sounded this good”, this is an ideal opportunity to catch one of the UK’s most interesting and valued new acts.

Joining our headliners on the three stages are the following artists:

You may have already come across We Were Evergreen through the previously released underground track ‘Leeway’. However the last year has seen this exciting trio, Michael Liot, Fabienne Debarre and William Serfass, focus on their debut album, which is now complete, comprising of 11 brand new tracks and set for release in the Spring 2014.  The first offering comes on March 3rd with single ‘Daughters’.

Very few new bands are declared ‘sublime’ by The Sunday Times Culture but, alongside acclaim from the likes of NME and Dazed Manchester’s girl four piece PINS have been piling up the superlatives with the release of their debut album, ‘Girls Like Us’ on legendary indie Bella Union.

Jamaican born, London raised Denai Moore has made considerable waves with her debut EP, co-produced by Ben Drew aka Plan B. Fusing her early love of Lauryn Hill with her later attraction to the likes of Bon Iver and Feist, Moore is already being acclaimed by the likes of The guardian and Daily Telegraph.

Describing themselves as ‘the Bee Gees on diazepam’, Liverpool’s All We Are are currently on tour with Warpaint having made waves in 2013 with their ‘Utmost Good’ Ep.

The winner of this year’s Welsh Music Prize for her stunning debut ‘Week Of Pines’, Georgia Ruth has drawn comparisons with the melancholy folks sirens of the late ‘60’s whilst her fingerpicking harp playing echoes the legendary Bert Jansch.  With BBC Wales’s Adam Walton declaring ‘There are few braver, or more distinct, than Georgia’ this is set to be an enchanting set.

Dan Willson, aka Withered Hand has been a slow burn success with his album ‘Good News’. Released in 2009 in Scotland, his adopted country, the album found a US release in 2011 leading to a deal with London independent label Fortuna Pop. A second album, ‘New Gods’ is due via the label in February.

Police Dog Hogan are a high-energy and eclectic seven-piece, combining fiddle, banjo, mandolin, drums and guitars with knockout four-part harmonies in an exuberant fusing of country, pop, folk, and rocking urban bluegrass. They are also perhaps best known through numerous mordant references in the Weekend Guardian columns of their banjo player and co-vocalist Tim Dowling. The Sunday Times described them as “wonderful”; the Telegraph named them one of its ‘favourite new bands’; Radio 2 called them “a band to watch” and veteran DJ Johnnie Walker praises their gigs as “just a really good, fun time”. Their album, ‘From the Land of Miracles’, was produced by Eliot James (Kaiser Chiefs, Bloc Party, Noah and the Whale), and their merchandise includes very collectable tea-towels.

Since forming in 2010 in Dublin, Raglans have undergone a meteoric rise in popularity, rising from a crowd pleasing, gig-opening favourite at Dublin’s Whelan’s hotspot to garnering widespread recognition across the UK, supporting the likes of The Courteeners and HAIM.

Paws bash out infectious, lo-fi, garage pop-rock that can quickly shift from cute melancholia to an unnerving territorial roar. Debut album “Cokefloat!” was released to critical acclaim from the likes of Pitchfork, BBC, and The 405 and their second long-player is due for release this year.

Weekend Tickets For Deer Shed 5 Are On Sale Now, Priced As Follows:

Child Weekend Ticket (5 and under) £1 plus booking fee.

Tent camping and car park are free to ticket holders.

PLEASE NOTE – prices given for adult tickets relate to Tier 2 weekend tickets. There are a limited amount of tickets in each tier. When Tier 2 tickets are sold out prices will be as follows:

For information on all aspects of the festival including terms and conditions relating to tickets go to deershedfestival.com.

We are massive fans of music and the arts in general, and we all have kids. We have over the years got increasingly fed up with paying a small fortune to get our families into various festivals only to be disappointed in the music or in the entertainment, facilities and vibe for the sprogs. The Deer Shed Festival is our long considered response to this. Kids are not second class citizens at DSF.

However, we will not compromise on what’s on just because we are ‘family friendly’. If you don’t have children to bring along you will still find a lovely chilled atmosphere in which to enjoy a great weekend.

This is the fifth Deer Shed Festival. The team behind it have been in place from the start and families are at the heart of the preparations and the activities and services on site. In the last five years we have grown in attendance but are sensible to making sure that we never get too big. Those five years have seen a host of amazing bands play including Edwyn Collins, I Am Kloot, Saint Etienne, The Wedding Present, The House Of Love and Field Music.

What They Said About Deer Shed:

“Deer Shed is jam packed with quality. The organisers have clearly given much thought to what all members of the family will want within a festival and have gone a considerable way to delivering that.” Efestivals.

“Set in rural North Yorkshire countryside, the second Deer Shed festival has become one of the most family-friendly events.” The Guardian.

“Deer Shed, you’ve created the perfect balance. We love you, and will be back next year” What To Do With The Kids.